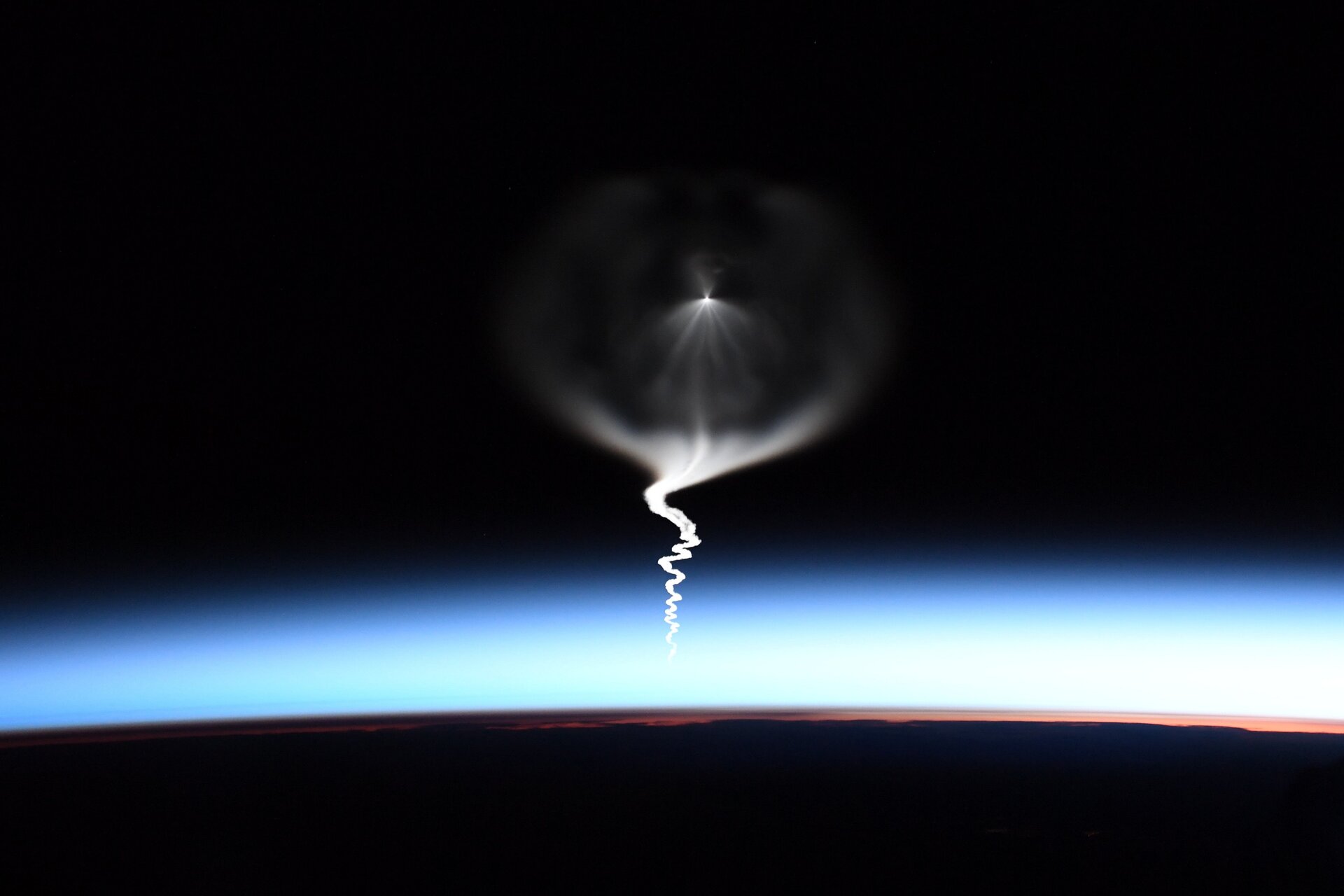 A total of 239 people from 19 countries have visited the space home, where living quarters are now even noisier than usual as humming fans and the creaking of the Station’s shell join with the sounds of nine busy astronauts on board.

Luca is preparing to take over as commander of the Space Station on Wednesday 2 October, becoming the third European and first Italian to assume this leading role. This marks the start of Expedition 61 and the second part of Luca’s second space mission.

All astronauts lose up to 1% of their bone mass each month in space, a similar rate of decrease to that experienced by people with osteoporosis on Earth. This disease results in loss of calcium and a more brittle bone structure.

Studying what happens during long spaceflights offers a good insight into the process of osteoporosis and helps develop methods to combat it. The Early Detection of Osteoporosis in Space experiment looks at changes in bone structure before and after flight.

Cosmonaut Aleksander Skvortsov is 53 years old and this is his third long stay on the Space Station. Halfway through his mission, he took blood samples for scientists to study how his skeleton is coping when its supporting function is cancelled out by microgravity.

Researchers behind the Nutrition Monitoring for the International Space Station (NutrISS) experiment believe that a carefully-tailored high-protein diet could limit microgravity-induced bone and muscle loss in astronauts.

For the third time during his mission Beyond, Luca tracked his fat to mass ratio with a bio-impedance device and logged the meals consumed during the week using the EveryWear astronaut app. Expert nutritionists use the data to monitor and provide advice to keep him healthy.

Gravity is constantly exerting its force on objects. In the weightless environment of the International Space Station astronauts need to adjust to their new space world much like infants must learn to hold objects on Earth.

The way Luca’s brain adapts and decides how much grip is needed to move things is at the core of the Grip experiment. He and NASA astronaut Andrew Morgan completed training to kick off their second session.

They will perform a series of movements while gripping a purpose-built sensor that measures grip-forces, moisture and acceleration.

Luca and Andrew also tested their sense of time just over two months into their mission. Scientists believe astronauts underestimate time in orbit, just as they have an altered perception of distance in space.

The two astronauts’ time reactions and perception were recorded to process speed and attention as part of the Time experiment.

Keeping germs at bay on the International Space Station is the focus of the Matiss-2 experiment. For nearly a year, eight sample holders have been exposed in the Columbus module, letting the air flow through and collect any bacteria floating past.

Andrew installed two more sample holders that will remain exposed for the next six months. The experiment monitors the antibacterial properties of materials, and how some microorganisms develop resistance to cleaning products.

The astronauts also spent time on cleaning chores for the sake of science. Luca cleaned the Biolab facility, while his Russian colleague Alexei Ovchinin took care of the Electromagnetic Levitator to prepare it for new material science experiments.

The Multiscale Boiling experiment, known affectionately as Rubi, will get back to work tomorrow after a few days of intensive checks to expand our knowledge of the boiling process. Understanding how boiling behaves in weightlessness helps investigate the basics of boiling heat transfer phenomena.