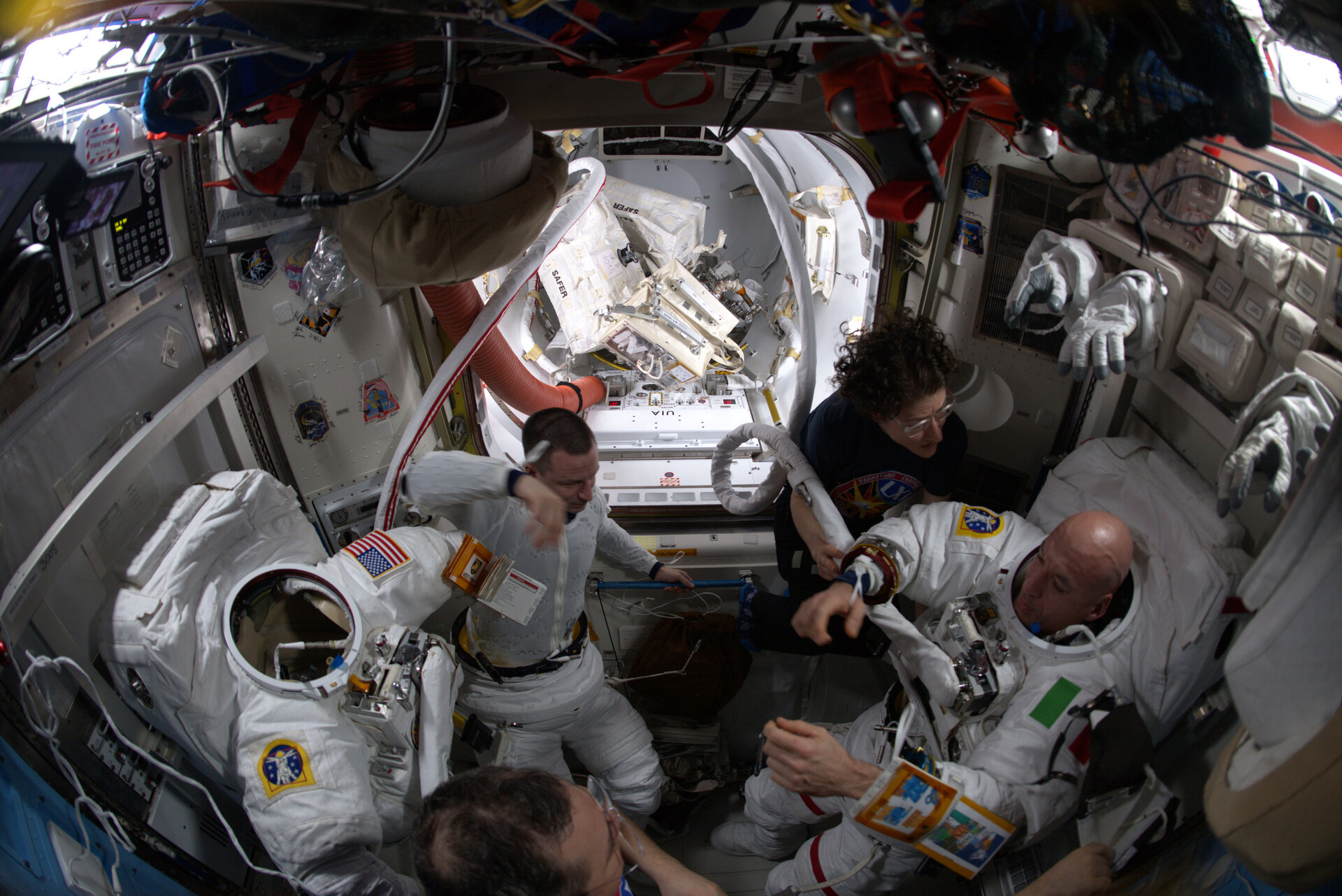 Spacewalks are time-consuming to prepare, and can occupy many hours of an astronaut’s week in space. Despite this, much of the science on the International Space Station continues unattended, controlled by operators on Earth. Planners also find creative ways to fit experiment runs into a crewmember’s busy schedule.

Let us take look at some of the European research running at 28 800 km/h above Earth.

Many experiments, once they are set up, can run in the background while astronauts do other work. Three experiments like this were initialised and fine-tuned over the past two weeks.

On 18 November, Roscosmos astronaut Alexander Skvortsov changed the camera mode for the Electromagnetic Levitator that recorded the melting and solidifying of metal alloys over the following nights, including one made of copper and zinc – both in vacuum and in helium gas.

The levitator allows researchers to inspect how metals form in controlled circumstances – without gravity skewing results. The findings will help us understand how to make metals with interesting and useful properties for application in electronics and manufacturing.

The Multiscale Boiling experiment also ran for three days after fine-tuning that started on 11 November. The experiment added an electrical field to boiling bubbles in space to recreate aspects of gravity. At night, the experiment was turned off and data downloaded to ground control for researchers eager to understand more about how bubble formation can influence the way heat is transferred. This study will help improve thermal management systems in space.

Other experiments in progress included radiation monitoring experiment Dosis-3D, and the Matiss-2 experiment that will collect dust and bacteria over six months to assess materials for cleaner spacecraft.

Alexander also prepared the PK-4 science campaign by clearing its tubes of air and then filling them with neon gas. On 11 November gas was ignited into a plasma by applying a high voltage. Micro-particles went for a ride in the plasma-tubes and became charged – behaving like atoms. Lasers and cameras measure how the dust particles move and the data is recorded to hard drives to better understand how atoms interact on a molecular level.

The Russian-European experiment requires astronauts to “catch” the clouds of particles (using electromagnetic fields) when these come into view in the PK-4 chamber. Crewmembers also need to swap the gas and hard drives for the experiments run remotely from ground.

Experiments on and with astronauts

Some experiments require astronauts to be the test subjects. On 13 November Luca started his fifth session of the NutrISS experiment by measuring his body composition and reporting on his diet through the Everywear app. This experiment will help scientists understand and respond to the changing nutritional requirements of humans in space.

Luca also found time during the past two weeks to take an Earth-based rover for a spin. Called Analog-1, the experiment uses the Space Station as a stand-in for spacecraft orbiting another planet. From orbit, Luca controlled a robot in the Netherlands, driving this around a geological site and collecting rocks as directed by a science team at ESA’s astronaut centre in Cologne, Germany.

Loading the software and setting up the experiment on the Station computers was done while Luca was outside the Space Station for the first spacewalk of his Beyond mission.