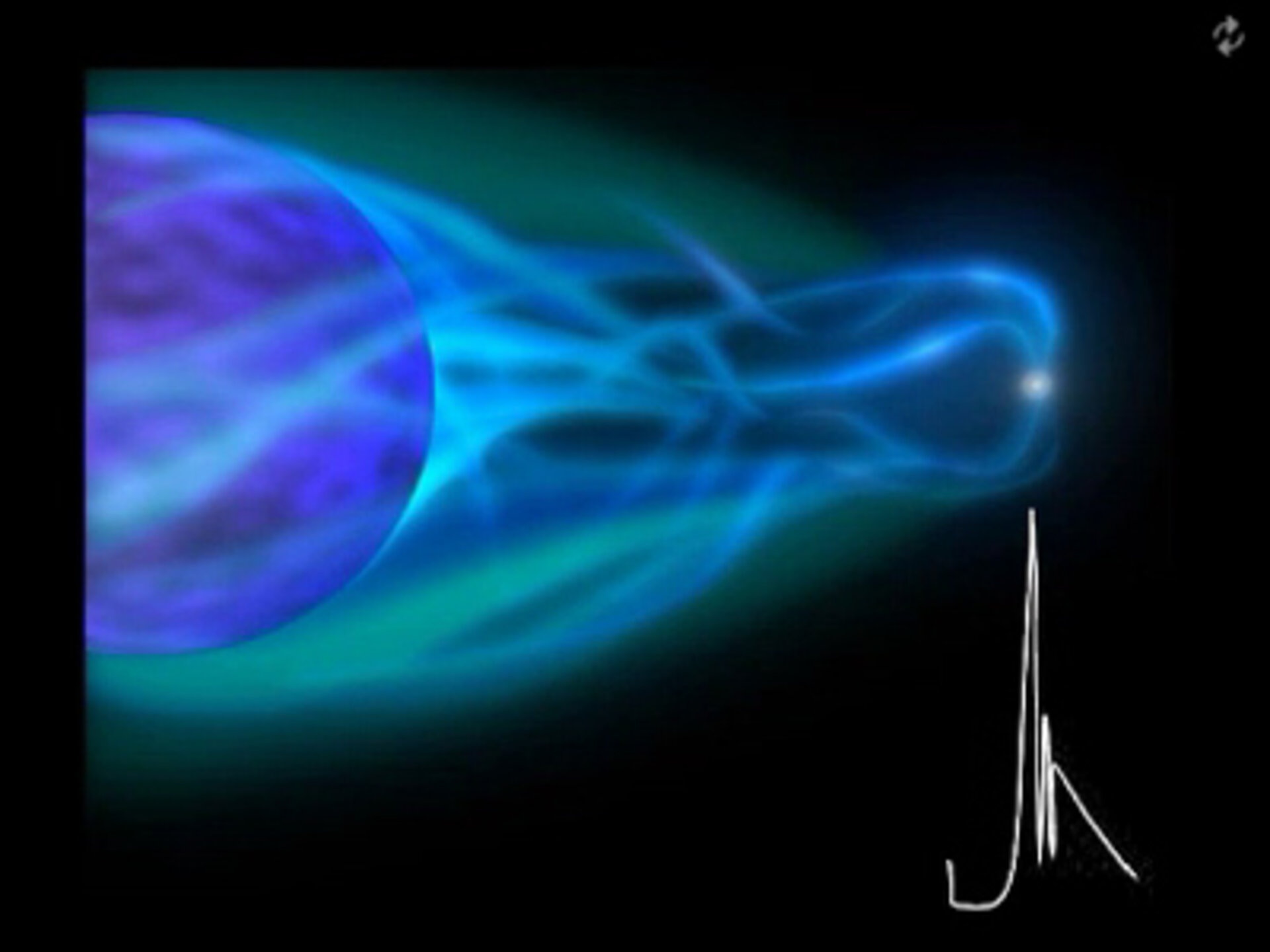 With this discovery, Integral confirms how much it is contributing to revealing a whole hidden Universe.

The new class of double star systems is characterised by a very compact object that produces highly energetic, recurrent and fast-growing X-ray outbursts, and a very luminous ‘supergiant’ companion.

The compact object can be an accreting body such as a black hole, a neutron star or a pulsar. Scientists have called such class of objects ‘supergiant fast X-ray transients’. ‘Transients’ are systems which display periods of enhanced X-ray emission.

Before the launch of Integral, only a dozen X-ray binary stars containing supergiants had been detected. Actually, scientists thought that such high-mass X-ray systems were very rare, assuming that only a few of them would exist at once since stars in supergiant phase have a very short lifetime.

However, Integral’s data combined with other X-ray satellite observations indicate that transient supergiant X-ray binary systems are probably much more abundant in our Galaxy than previously thought.

In particular, Integral is showing that such ‘supergiant fast X-ray transients’, characterised by fast outbursts and supergiant companions, form a wide class that lies hidden throughout the Galaxy.

Due to the transitory nature, in most cases these systems were not detected by other observatories because they lacked the combination of sensitivity, continuous coverage and wide field of view of Integral.

They show short outbursts with very fast rising times – reaching the peak of the flare in only a few tens of minutes – and typically lasting a few hours only. This makes the main difference with most other observed transient X-ray binary systems, which display longer outbursts, lasting typically a few weeks up to months.

In the latter case, the long duration of the outburst is consistent with a ‘viscous’ mass exchange between the star and an accreting compact object.

In ‘supergiant fast X-ray transients’, associated with highly luminous supergiant stars, the short duration of the outburst seems to point to a different and peculiar mass exchange mechanism between the two bodies.

This may have something to do with the way the strong radiative winds, typical of highly massive stars, feed the compact object with stellar material.

Scientists are now thinking about the reasons for such short outbursts. It could be due to the supergiant donor ejecting material in a non-continuous way. For example, a clumpy and intrinsically variable nature of a supergiant’s radiative winds may give rise to sudden episodes of increased accretion rate, leading to the fast X-ray flares.

Alternatively, the flow of material transported by the wind may become, for reasons not very well understood, very turbulent and irregular when falling into the enormous gravitational potential of the compact object.

“In any case, we are pretty confident that the fast outbursts are associated to the mass transfer mode from the supergiant star to the compact object,” says Ignacio Negueruela, lead author of the results, from the University of Alicante, Spain.

Studying sources such as ‘supergiant fast X-ray transients’, and understanding the reasons for their behaviour, is very important to increase our knowledge of accretion processes of compact stellar objects. Furthermore, it is providing valuable insight into the evolution paths that lead to the formation of high-mass X-ray binary systems.

Though the role of Integral has been key in the discovery of this class of objects, there have been important contributions from other X-ray satellites. In particular, the work that led to this discovery was started by US collaborator David Smith, using Rossi XTE data on XTE J1739-302, appearing in the article ‘XTE J1739-302 as a supergiant fast X-ray transient’ by D.M. Smith, W.A. Heindl, C.B. Markwardt, J.H. Swank, I. Negueruela, T.E. Harrison, L. Huss, 2006 ApJ, in press (astro-ph/0510658).

Several of the X-ray sources discussed had already been seen (once or twice) by NASA's Rossi XTE, JAXA's ASCA or ASI's BeppoSAX. The role of Integral has been fundamental because of its capabilities to monitor weak sources.

Thanks to this, it has shown: that the sources are recurrent transients, that is, they display repeated outbursts; that there are many sources with similar behaviour, and the shape of the outbursts - which is very similar in all cases.

However, in order to determine accurately their positions, observations were needed from X-ray telescopes with better positional accuracy, either ESA's XMM-Newton or NASA's Chandra observatories.