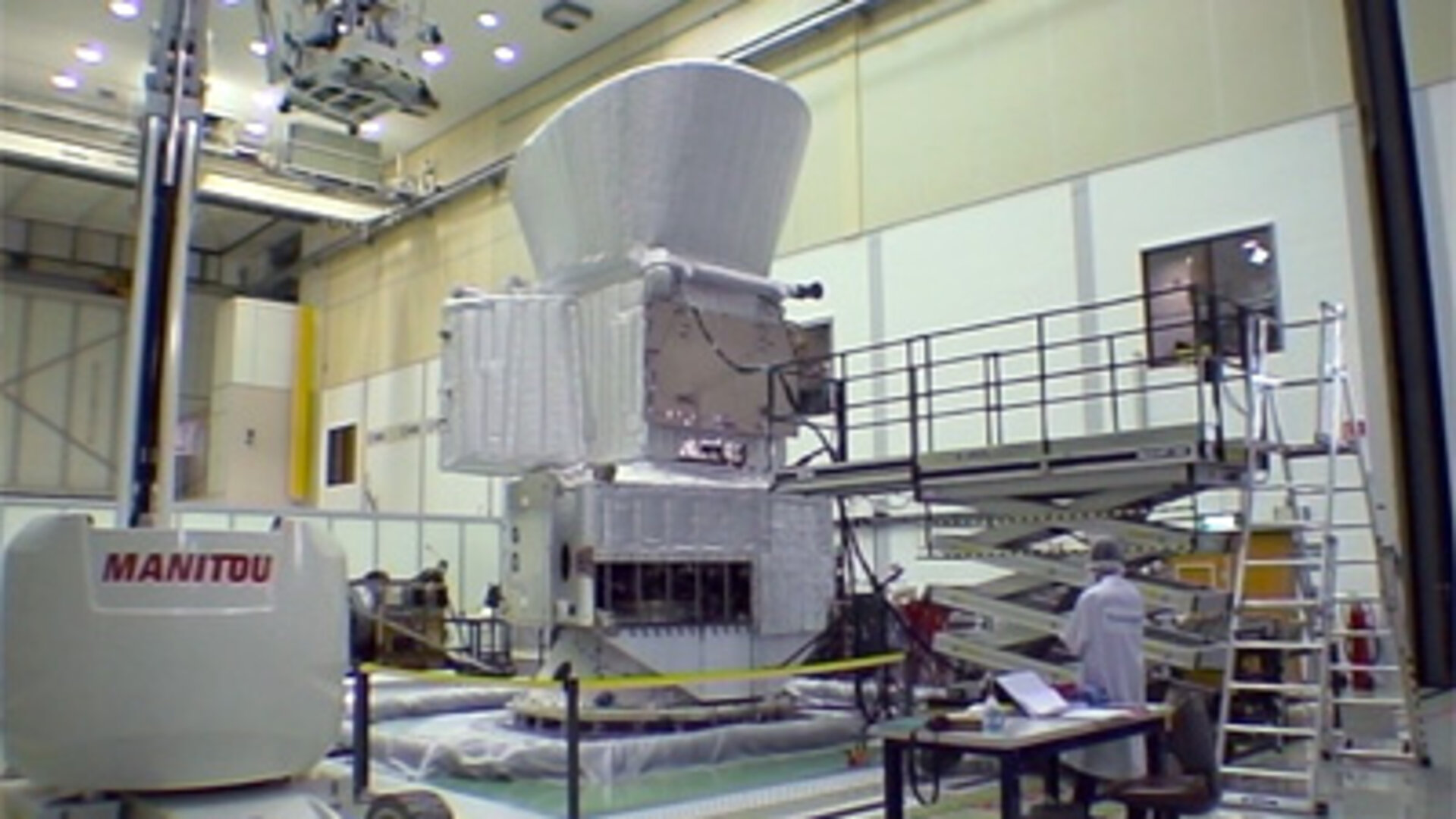 Mimicking the intense vibrations experienced by a satellite during launch, the engineering model of the BepiColombo mission to Mercury has been subjected to similar forces at ESA’s spacecraft test facilities.

A major design issue for spacecraft arises from the intense environment experienced during launch, ranging from vigorous vibrations to deafening noise. It is essential to test spacecraft under similar conditions here on Earth, to ensure they will survive the violent ride to space.

In these videos of recent vibration tests, the BepiColombo structural and thermal model is in its launch configuration in the test facilities at ESTEC, ESA’s technical centre in Noordwijk, the Netherlands.

BepiColombo is a joint mission between ESA and the Japan Aerospace Exploration Agency to explore the properties of Mercury, the enigmatic innermost planet in our Solar System.

The spacecraft comprises a number of components. Seen here from top to bottom are the sunshield, which conceals the Japanese Mercury Magnetospheric Orbiter, with the European Mercury Planetary Orbiter below. Underneath is the Mercury Transfer Module, which will deliver the two scientific satellites into orbit around the planet.

During the tests the spacecraft was mounted on a table where it was shaken up-and-down or from side-to-side to mimic the vibrations it will experience when it lifts off on an Ariane 5 launch vehicle in 2015.

Each test lasted for 2.5 minutes during which the frequency of the vibrations was increased from 3 Hz to 100 Hz. At the lowest frequencies the spacecraft movement reached 10 cm, which decreased as the frequency continued to rise.

Other mechanical tests to simulate the launch and voyage in space include exposing the spacecraft to the tremendous noise a rocket produces, the harsh vacuum of space, and scorching temperatures of some 450°C that the modules will endure as they orbit around the closest planet to the Sun.

The engineering model will also be subjected to the shocks generated during the separation of BepiColombo from the launcher, the separation of the individual spacecraft modules and the deployment of its solar arrays and antennas.

BepiColombo is scheduled to launch in 2015 and will arrive at Mercury in 2022. The two orbiters will study the planet’s composition, geophysics, atmosphere, magnetosphere, and geological history.

As the nearest planet to the Sun, Mercury has an important role in the story of planet formation. Mercury together with Venus and Mars make up Earth’s rocky neighbourhood. Each planet holds information necessary for understanding how the innermost planets of our Solar System formed and evolved.