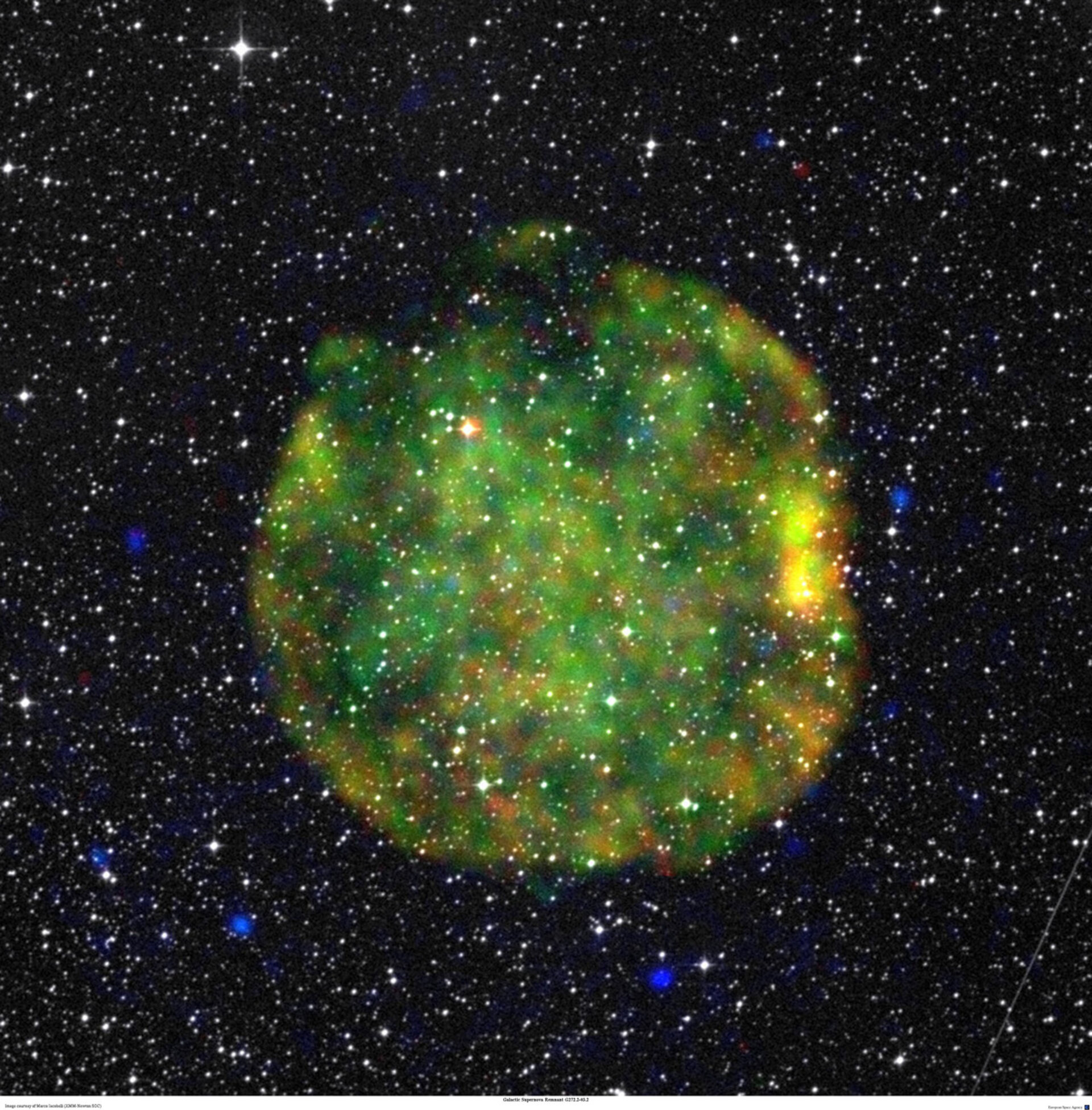 Suspended in time and space, the aftermath of a massive star’s dramatic ending in a supernova explosion is captured by ESA’s XMM-Newton space observatory.

Supernova remnants are the glowing fireballs created after a massive star – greater than eight of our Suns – has exhausted its fuel supply and collapses in on itself, ejecting its remaining layers of gas in a blinding explosion.

A neutron star or black hole may remain at the heart of the explosion, obscured by the expanding shell of ejected material that also contains material swept up from the interstellar medium – the space between stars.

In this image, two bright spots at the right edge of the shell are lit up by the interaction of shock waves with the surrounding medium. This supernova remnant is only a few thousand years old – the expansion of the shock will take hundreds of thousands of years to slow down.

By studying supernova remnants at X-ray wavelengths, astronomers can identify the abundance and distribution of different elements forged during the last stages of the star’s life.

This information can provide clues about the mass of the progenitor star and the dynamics of the explosion.

Blue and white specks in and around the remnant are foreground and background stellar objects.