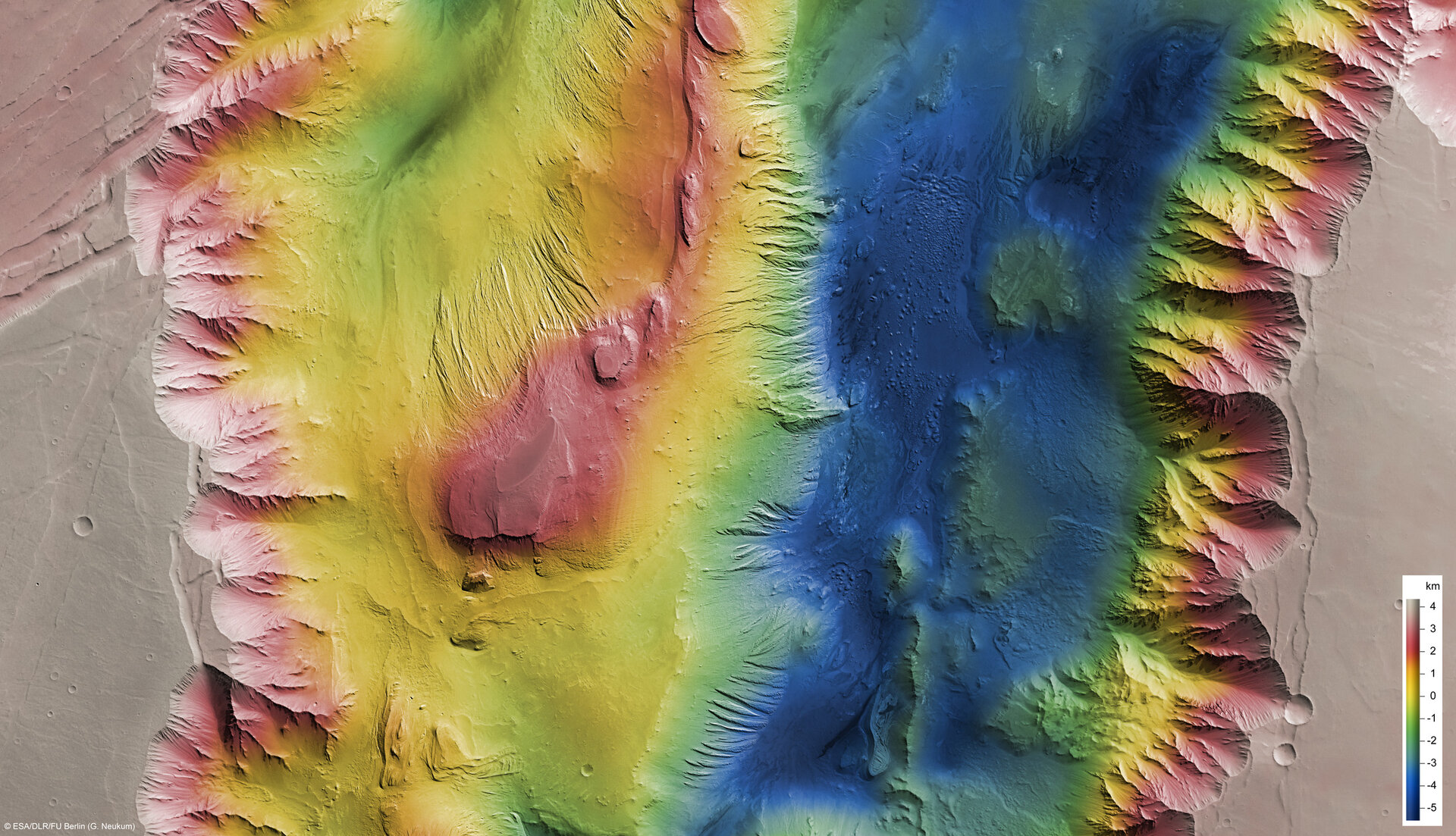 The steep walls of the graben rise to a height of 8500 m above the floor. They are characterised by remnant rock (small veins of rock branching from the main material) and branching gullies.

The upper part shows rugged, irregular material and appears to be a remnant of the older, basaltic plateau. In contrast, the lower part is smoother and is made up of run-off rock debris and material from larger landslides that formed a slope.

The graben floor shows flat-topped, hilly deposits which rise up to 1200 m. The deposits show characteristic layering which is known as ‘Interior Layered Deposits’.

There are different theories explaining how Candor Chasma came to its present form. One of these states that the volcanism in the Tharsis region uplifted the entire area. In the course of the uplift, a lot of stresses were exerted on the crust causing it to thin out and form large grabens. Such a natural process, where stresses exerted in opposite directions deform the rocky material, is called extensional tectonics.

The anaglyph image was calculated from the nadir and one stereo channel, stereoscopic glasses are required to view it. The black and white high-resolution images were derived from the nadir channel which provides the highest detail of all channels.