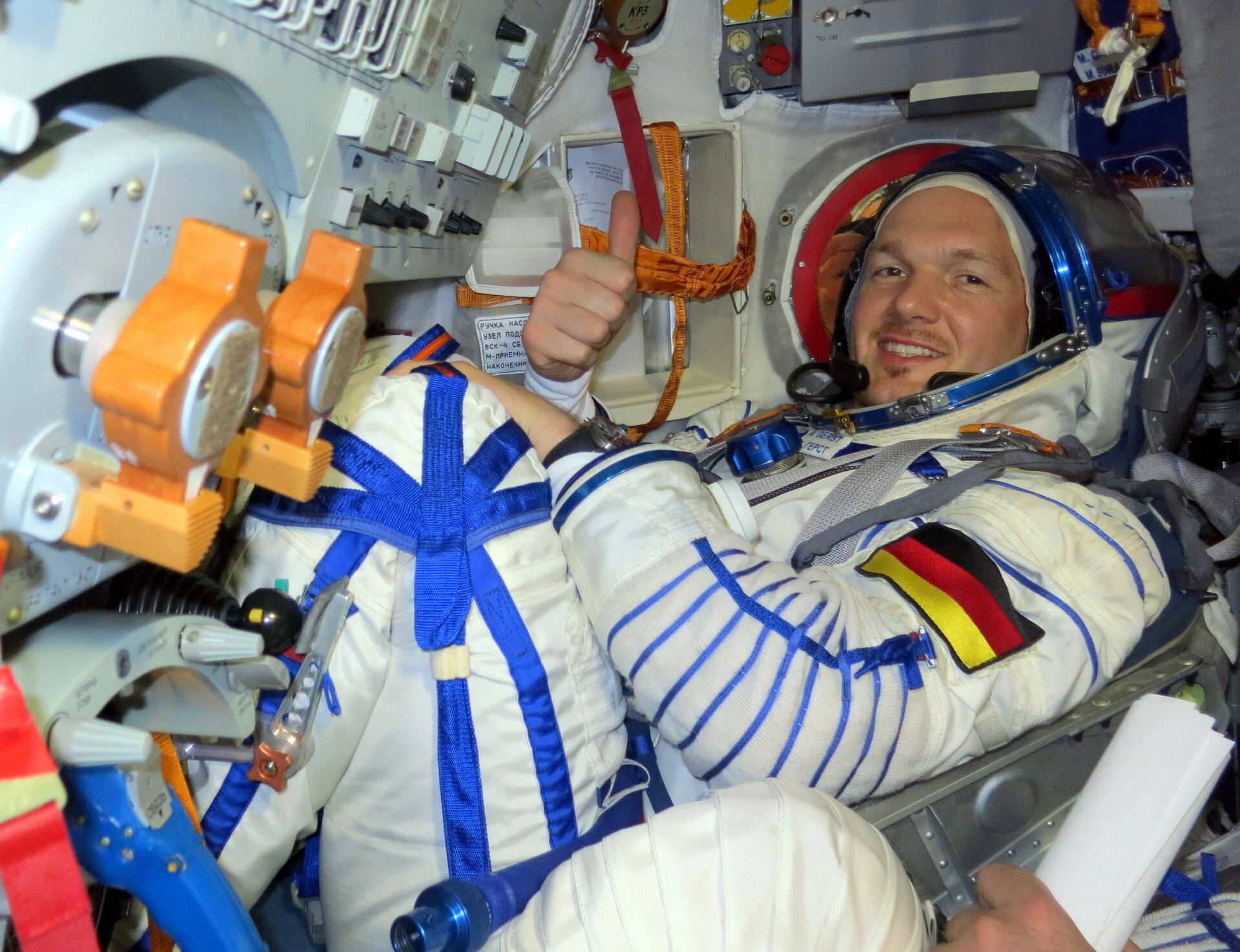 From unusual training to upholding cherished traditions, everything is being done to ensure that ESA astronaut Alexander Gerst and his crewmates arrive at the International Space Station on Thursday safely and in good health – including being flipped upside down and relieving themselves on the wheel of a bus.

The crew landed at the Baikonur launch site in Kazakhstan two weeks before the 28 May launch and continue preparing themselves for the disorientation of living in weightlessness.

Russian physicians believe that tilting astronauts heads-down and spinning them in chairs gives balance organs a first taste of the confusion they will experience in weightlessness.

Most astronauts suffer space sickness during the first days in orbit as their bodies adapt to the new environment, rather like sea sickness.

The brain and other organs receive conflicting signals in weightlessness – Alexander’s eyes will signal that he is moving around the Space Station but his sense of motion will report the opposite.

However, crews must operate the Soyuz immediately after launch and then start work as soon as they board the Space Station. During the first days in space many human physiology experiments study how the body adapts to the new environment.

Crews are quarantined before launch, as contact with people other than physicians and key personnel is kept to a minimum. A simple cold puts the whole mission at risk – and Alexander has been training 2.5 years for his flight.

Many traditions have developed over the years in the run-up to a Soyuz ascent. The crew sleep in the ‘cosmonaut hotel’ and sign their room doors before leaving for the last time for the pad.

Earlier, they each plant a tree behind the hotel to leave a living legacy as they circle our planet. The day before launch, they watch the classic Russian film White Sun of the Desert.

On the day itself a bus will take Alexander, Russian commander Maxim Suraev and NASA astronaut Reid Wiseman to the launch site. A pit stop to relieve themselves en route is obligatory because that’s what Yuri Gagarin did on his way to becoming the first human in space.

And as a final precaution, a last blessing is given by an orthodox priest – better safe than sorry.

A lift takes the trio to the top of the 45 m-tall rocket and they clamber into their spacecraft. They have a two-hour wait in the cramped cockpit as technicians complete preparations for the rocket to consume 274 tonnes of propellants on the way to orbit.

In less than 10 minutes they will travel 1640 km and accelerate to an astonishing 28000 km/h before arriving six hours later at their new home for the next six months, the International Space Station.

Follow the launch and mission via the Blue Dot blog live starting on the evening of 28 May; more details will follow.