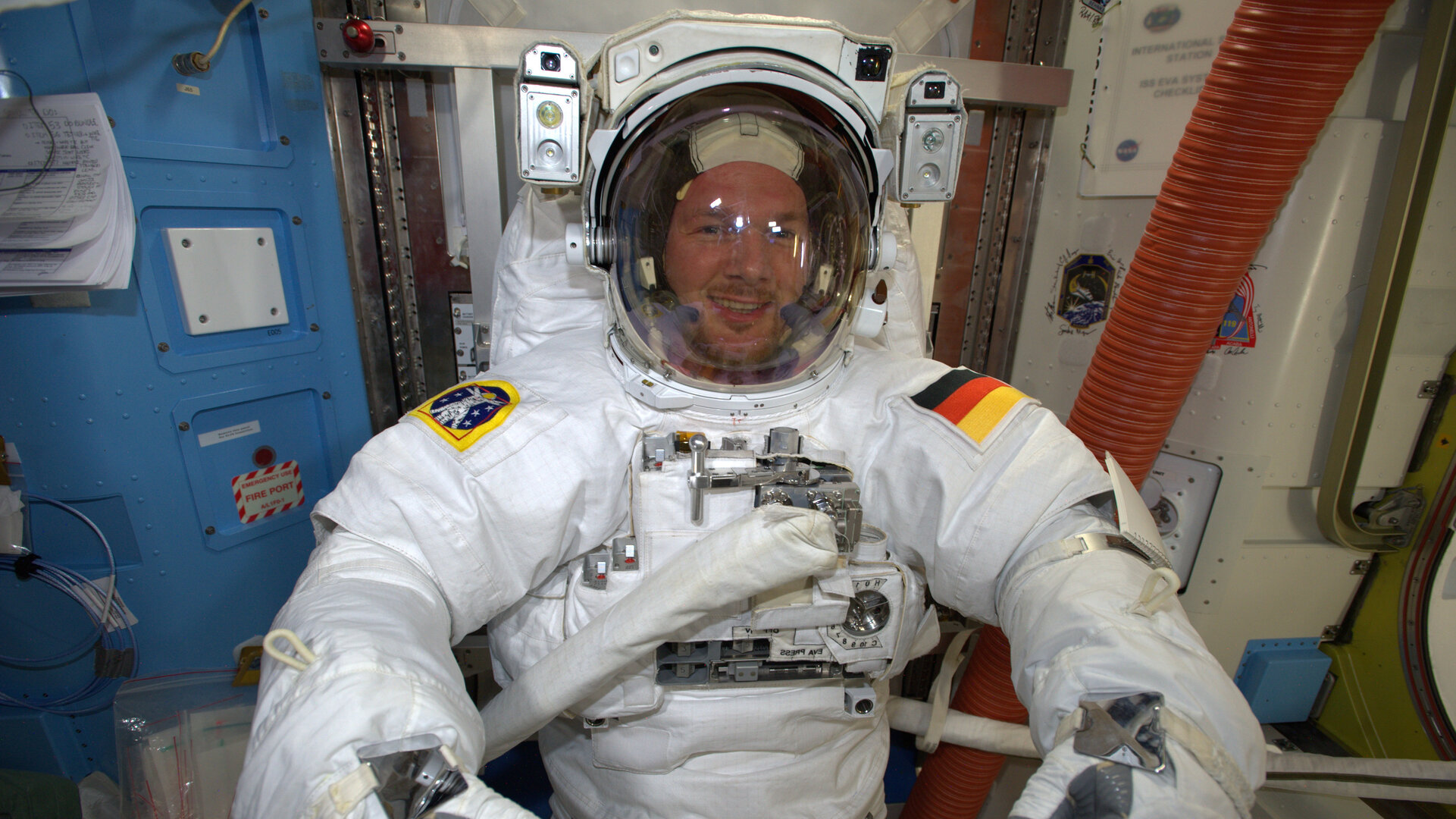 ESA astronaut Alexander Gerst has spent four months in the relative safety of the International Space Station but on Tuesday he will venture into open space with NASA astronaut Reid Wiseman on a seven-hour spacewalk.

The spacewalk’s main job is to move a failed cooling pump that was left in a temporary location by previous spacewalkers to its final position. Alexander and Reid will then install a unit that will allow the Station’s robotic arm to remain powered even when it is being relocated.

Before exiting the Station’s Quest airlock at around 12:10 GMT (14:10 CEST), they will breathe pure oxygen for more than two hours to remove nitrogen from their bodies, much like deep-sea scuba divers do.

The two spacewalkers will work together, independently. To start, Reid will set up the new home for the pump while Alexander retrieves the unit from further along the Station’s truss. Reid will then begin their second task of installing the arm power unit, stopping at times to refasten Alexander’s tether to let him move around safely.

The duo will fix the pump to its final resting place together and then work in unison on the robotic arm.

ESA’s lead mission director for Space Station Expeditions 41 and 42, Alex Nitsch, is responsible for the European part of Alexander’s Blue Dot mission. Based at the Columbus Control Centre in Oberpfaffenhofen, Germany, Alex notes: “Preparing and rehearsing for a spacewalk takes weeks and involves all the partners at the Station control centres in Houston, USA and Moscow, Russia.”

Every 90 minutes, the Station completes a full circuit of Earth. Sunlight can be blinding the astronauts one moment, and the next moment they are in darkness with only helmet lights to illuminate their workplace.

“For ground control and the astronauts, spacewalks are no walk in the park,” continues Alex. “They are tiring and require utmost concentration. From the moment you get out of the door till the time you are back in the airlock, everybody is under a very tight schedule.”

To make the most use of their time outside, the astronauts have a ‘get-ahead’ checklist. If time and energy allows, they will start on jobs planned for future spacewalks such as rerouting cables and reconfiguring equipment.

This sortie will be the 27th US-led spacewalk. Reid has the callsign EV1 and will be wearing the suit with red stripes, while Alexander will be EV2 without stripes. Follow the spacewalk live via NASA television on 7 October from 11:00 GMT (13:00 CEST), on Alexander’s mission blog and through Twitter @esaoperations.