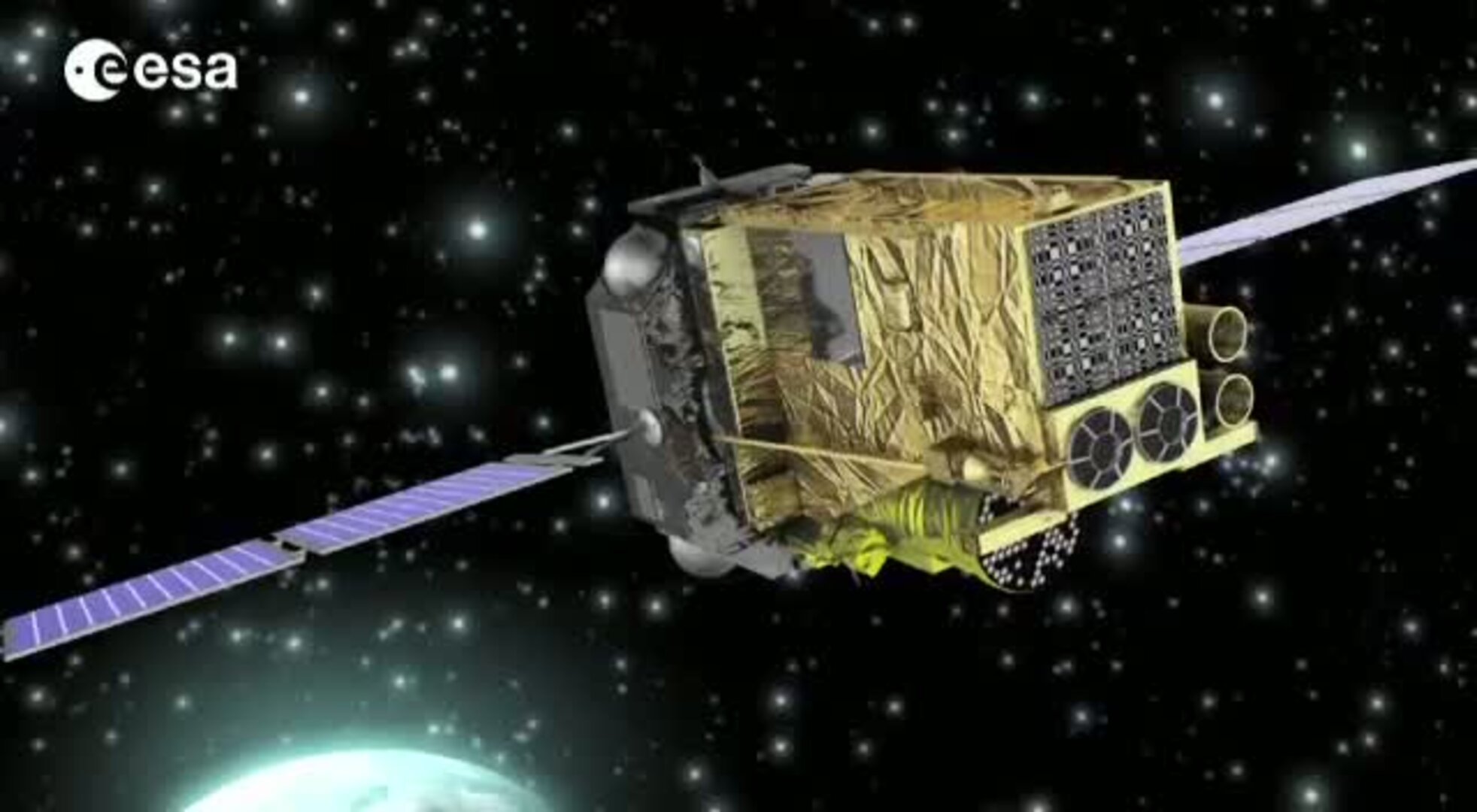 This week, ESA’s Integral space observatory celebrates ten years since launch on 17 October 2002. To mark the occasion, we present a slideshow of artist’s impressions depicting some of Integral’s most important discoveries.

Integral, short for International Gamma-Ray Astrophysics Laboratory, is equipped with two gamma-ray telescopes, an X-ray monitor and an optical camera. All four of Integral’s instruments point simultaneously at the same region of the sky to make complementary observations of high-energy sources.

Integral is often bathed in gamma-ray bursts, the death cries of massive stars that have burned up their fuel and exploded as a dramatic supernova, blasting high-energy radiation through the Solar System on a near-daily basis.

The satellite has also discovered objects that are much subtler than exploding stars. Highly absorbed X-ray binaries shrouded in material streaming off a high-mass companion star are too faint to be seen in optical and ultraviolet wavelengths, but high-energy X-ray and gamma-ray radiation can escape from that environment, detectable by Integral.

Meanwhile, supergiant fast X-ray transients display X-ray and gamma-ray outbursts that last only a few tens of minutes to hours. These objects comprise a neutron star – the dead core of a normal star which ended its life through a supernova – grabbing material from the clumpy wind emitted by its supergiant stellar neighbour.

A strange breed of pulsar with super-strong magnetic fields has also been uncovered by Integral. A pulsar is a rotating neutron star that appears to emit beams of radiation like a lighthouse.

Integral is also capable of all-sky surveys and has for the first time mapped the entire sky at the specific energy produced by the annihilation of electrons with their positron anti-particles.

The power released by the annihilating particles corresponds to over six thousand times the luminosity of our Sun.

Integral has also made the first unambiguous discovery of highly energetic X-rays coming from the galaxy cluster known as Ophiuchus. The emission is thought to originate from giant shockwaves rippling through the cluster’s gas as two galaxies collide and merge.

Integral has also been probing the feeding habits of active galaxies and black holes, which lurk in the bellies of most galaxies, including our own.

Many supermassive black holes are surrounded by thick dust discs, which Integral can peer through to identify the black hole hidden within.

Read more about Integral’s decade-long contribution to high-energy astrophysics in our special anniversary article coming up on Wednesday.