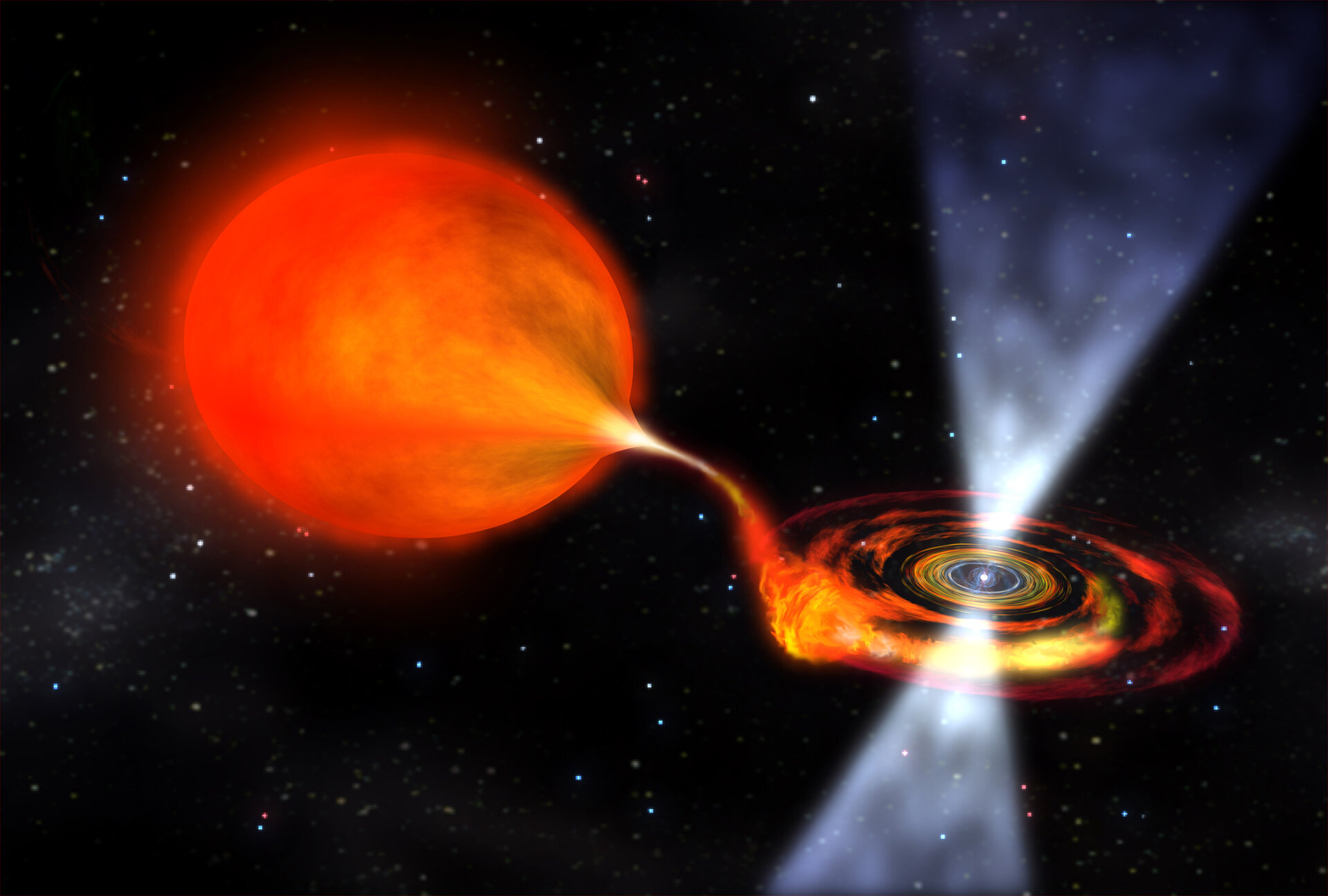 Astronomers using ESA's gamma-ray observatory, Integral, have detected what appears to be the fastest spinning neutron star yet. This tiny stellar corpse is spinning 1122 times every second. If confirmed, the discovery gives astronomers the chance to glimpse the insides of the dead star.

The neutron star, known by its catalogue number XTE J1739-285, was discovered during one of its active phases on 19 October 1999 by NASA's Rossi X-Ray Timing Explorer (RXTE) satellite. In August 2005, while Integral was monitoring the bulge of the Galaxy, XTE J1739-285 started to come back to life. About a month later Integral discovered the first short bursts of X-rays from the object.

Erik Kuulkers of the ESA Integral Science Operations Centre, Spain, who leads the Galactic bulge monitoring programme, informed Philip Kaaret, University of Iowa, via email that things were still hotting up near the end of October. Kaaret arranged for the RXTE satellite to observe XTE J1739-285 between 31 October and 16 November. Together the two satellites recorded about twenty bursts between September and November.

Just because a star dies, it doesn't mean its life is over. A neutron star is the tiny heart of a collapsed star. Measuring about 10 kilometres across, yet containing something like the mass of the Sun, the interior of a neutron star is the most exotic realm that astronomers can imagine. According to their calculations a thimbleful of neutron star material weighs a hundred million tonnes.

When a neutron star orbits another star, its strong gravitational field can pull gas from the other star. This coats the surface of the neutron star. When the coating reaches a height of between 5-10 metres, the gas ignites in a thermonuclear explosion. This massive release of energy generally lasts from between several seconds to several minutes and a burst of X-rays is released.

Previous observations of other neutron stars have shown that the X-rays emitted during bursts display oscillations that correspond to the rotation rate of the neutron stars. So the team began analysing the XTE J1739-285 bursts for oscillations. What they found was astounding. In the brightest burst, which RXTE recorded on 4 November, there were indeed oscillations but they were nearly twice as fast as any previously observed.

"It was quite a surprise to us," admits Kuulkers. However, after running a series of checks, the team satisfied themselves that the oscillations were indeed taking place 1122 times a second (1122 Hz).

Previously, the fastest neutron stars were known to spin with frequencies between 270-619 Hz. This had led some astronomers to estimate, using statistical arguments, that the fastest a neutron star could spin was 760 Hz. If the new observations are confirmed, XTE J1739-285 smashes this limit.

"Our detection is just above the level where we think there is something real. We definitely need more observations. If we see the signal again, then everyone will believe it," says Kuulkers.

This doesn't mean that neutron stars can spin as fast as they like. If the spin is too fast, even the crushing gravity of the star will be unable to hold matter to the surface and the star will break up. The exact break-up speed depends on the internal conditions of a neutron star and as yet, astronomers do not know these precisely.

"Our putative 1122 Hz detection places a serious constraint on neutron star models. If we can find more stars that spin in this range, it will certainly allow us to exclude some models of their interior structure," says Kuulkers.

So, now it is just a matter of patience. The astronomers will keep watch, not only for XTE J1739-285 to burst again, but also for other fast-spinning X-ray neutron stars.