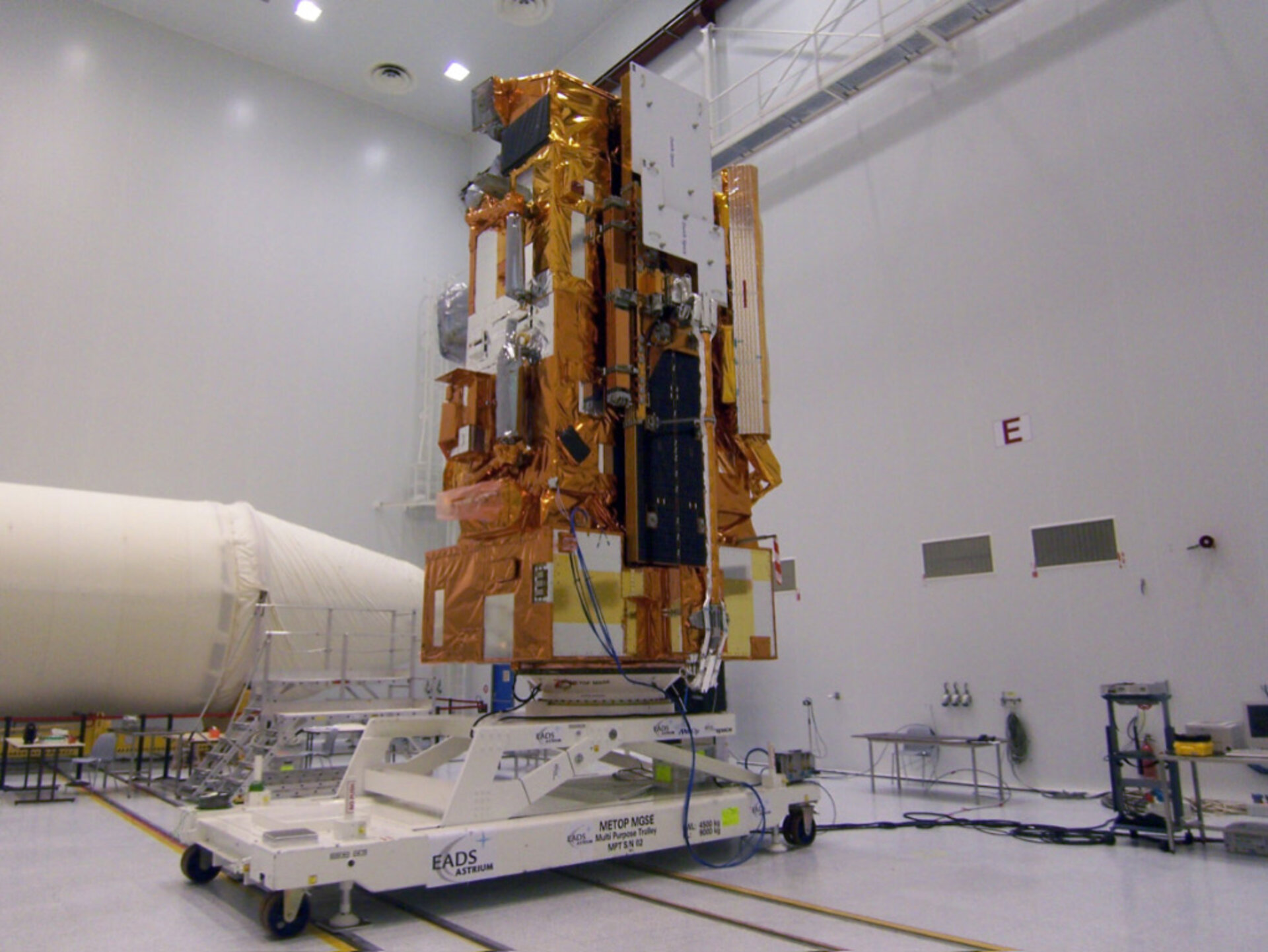 MetOp-A has successfully completed the first phase of testing at the Baikonur Space Cosmodrome in Kazakhstan, confirming the launch date of the first European polar-orbiting satellite dedicated to operational meteorology for 17 July 2006.

With an array of sophisticated instrumentation, MetOp-A – jointly established by ESA and the European Organisation for the Exploitation of Meteorological Satellites (EUMETSAT) – promises to provide data of unprecedented accuracy and resolution on a host of different variables such as temperature and humidity, wind speed and direction, ozone and other trace gases.

Since the arrival of the MetOp-A satellite at its launch site in Baikonur on 18 April 2006, the Service Module, Payload Module and Solar Array, which were shipped as individual items, have been integrated and tested.

Following a review of the satellite status and results of the testing to date, together with the outputs of EUMETSAT’s review of the readiness of the ground segment, launcher and overall system, EUMETSAT and ESA authorised EADS Astrium on 17 June to commence the MetOp-A satellite fuelling activities, marking a milestone in the EUMETSAT Polar System (EPS) programme.

The MetOp programme, which consists of three satellites to be flown sequentially to ensure the delivery of continuous data until at least 2020, forms the space segment of the EPS programme and represents the European contribution to a new cooperative venture with the American National Oceanic and Atmospheric Administration (NOAA).

Until MetOp-A launches, meteorological data from polar-orbiting satellites has had to be procured from NOAA weather satellites. After the launch, responsibilities for meteorological satellite services will be shared between Europe and the United States.

Consequently, through the Initial Joint Polar Satellite System (IJPS), which is a cooperative venture between EUMETSAT and NOAA, has been designed to work in conjunction with the NOAA satellite system, whereby MetOp-A replaces the NOAA 'morning orbit' service whilst a NOAA satellite occupies the 'afternoon shift'.

This means that the two satellites fly in complementary orbits, thus offering maximum coverage. This global observing system is able to provide invaluable meteorological data from polar orbit to users within 2 hours and 15 minutes of the measurements being taken.

MetOp-A is equipped with a set of new-generation European instruments that offer advanced remote sensing capabilities to both meteorologists and climatologists along with a set of 'heritage' instruments provided by NOAA and the French Space Agency (CNES).

In addition to its meteorological observations and climate monitoring objectives, MetOp-A will contribute to other missions, such as research and rescue and the monitoring of charged particles present in the orbital environment near Earth.

The MetOp-A satellite was developed by a consortium of European companies led by the main contractor EADS-Astrium, France.