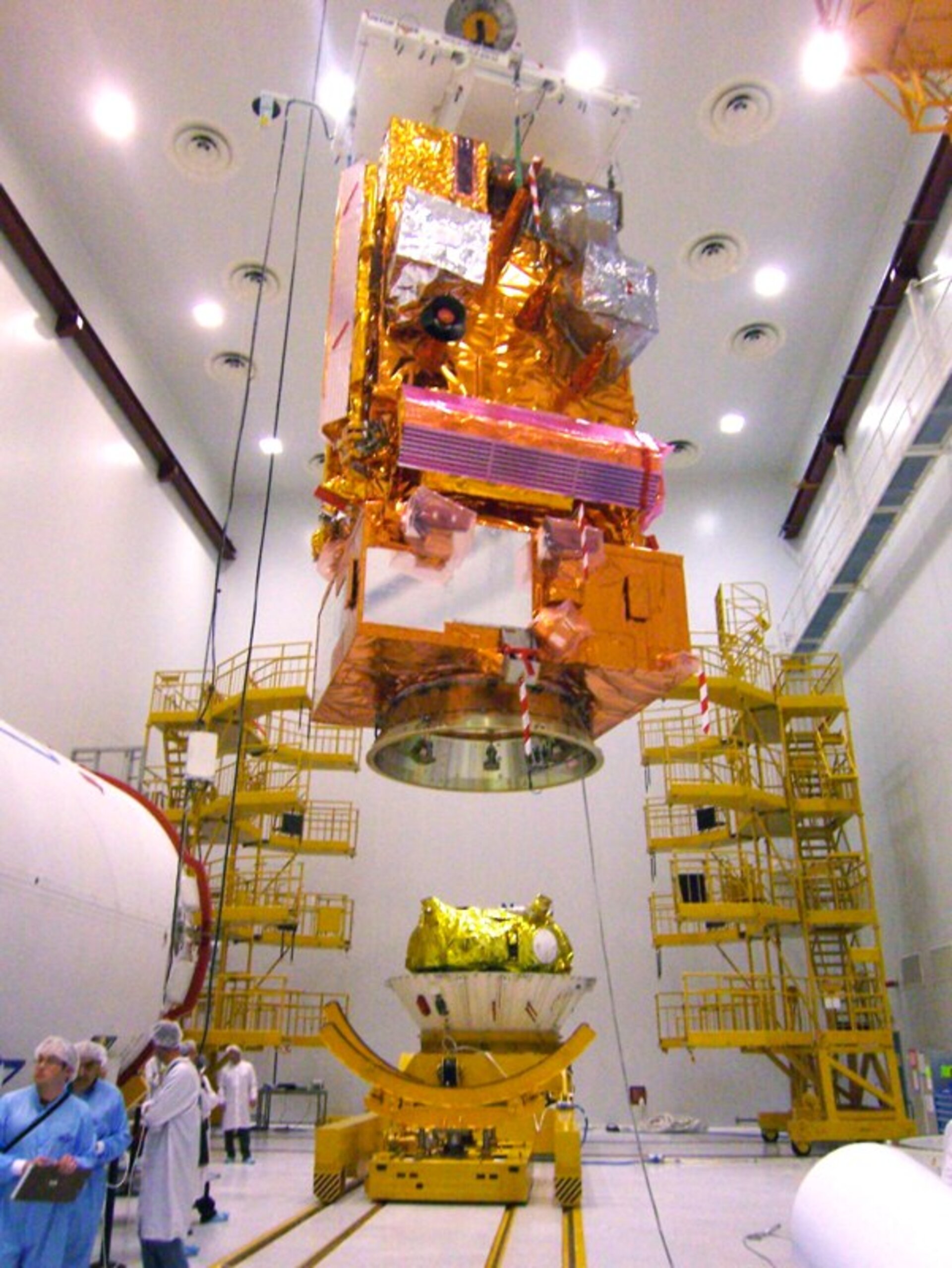 As the launch campaign continues on track, the MetOp satellite has been successfully mated to the Fregat upper-stage.

As both the satellite and the upper-stage engine remain fuelled, the integration is potentially hazardous. Nevertheless, this delicate operation was carried out very smoothly with everything going according to plan.

Before this took place the Fregat had been tested in an end-to-end configuration using simulators for the launcher, the launch vehicle adapter and the satellite.

In addition to the mating, other important activities over the weekend have involved an inspection of the fairing and the reinstallation of the network data interface unit, which connects the satellite on the launch pad with the ground control centre in Darmstadt, Germany. Other routine operations continue to be carried out such as the check-out of Fregat’s electrical systems along with charging the batteries on-board MetOp.

As the launch campaign continues on schedule, the MetOp satellite and Fregat upper-stage will be encapsulated in the fairing on 28 September and, as the so-called upper composite, transported by overnight train to the launch vehicle integration hall. The upper composite will then be integrated with the Soyuz rocket on 30 September. Rollout to the launch pad will take place on 4 October followed by launch on 7 October.