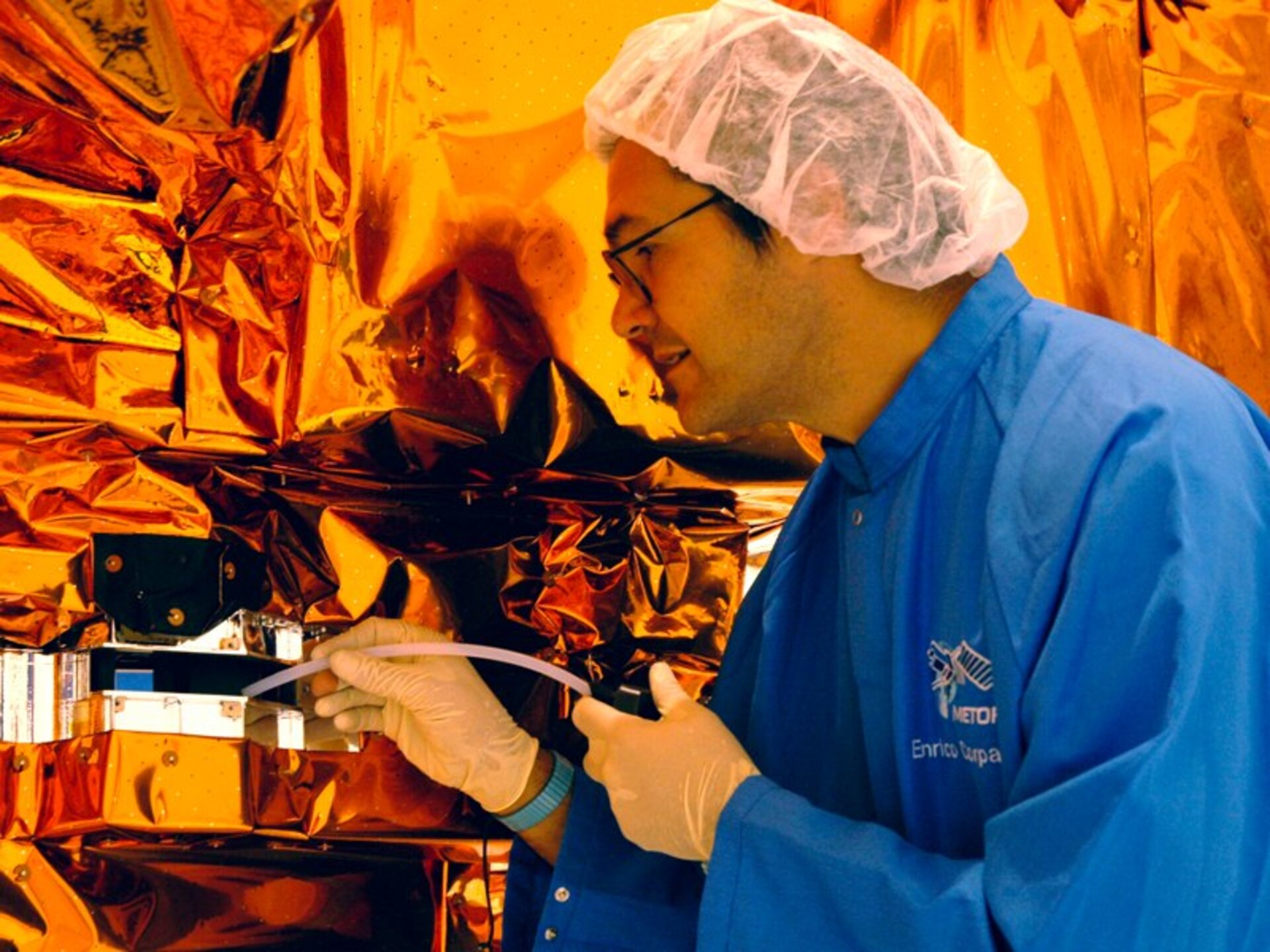 With the launch of MetOp now set for 7 October at 18:28 CEST, the MetOp satellite is out of storage and preparations for launch are well underway at the Baikonur Cosmodrome in Kazakhstan.

MetOp's planned launch from Baikonur on a Soyuz/ST launcher, originally planned for 17 July, had to be called off after three consecutive attempts because of technical issues relating to the Soyuz's ground system. However, the problems have now been solved and a review of the overall ground system validation process is now underway. In addition, the Soyuz launcher has been completely refurbished and has been transported back to the launch site from the manufacturer's facilities in Samara, Russia.

After the aborted launch attempts, the MetOp satellite had to be prepared to go into storage until the new launch date was set. Among other things, this meant that the solar array Kevlar deployment cables, which have to be tensioned before launch, had to be released. During the storage period the satellite and the Fregat had daily check-ups to ensure that they were maintained in a safe state.

This included monitoring the temperature and pressure within the Fregat propulsion system and keeping a check on the nitrogen gas flushing system that was needed by some of the instruments under storage conditions.

The launch campaign officially resumed on 29 August and the team are back in Baikonur to carry out the pre-launch procedures. This time there are even more safety constraints as the MetOp satellite remains fuelled from the previous launch attempts and checks for any leaks are continually being carried out.

So far, the main activities have been concerned the de-mating and removal of the Fregat upper stage, and then with the start of the satellite preparation with unlocking and re-locking the solar array drive mechanism, and replacing the solar array Kevlar cables – all of which have been successfully completed. Checks have been completed on the umbilical cable for the launch vehicle adapter and Fregat upper-stage. The HIRS (High-resolution Infrared Radiation Sounder), the AVHRR (Advanced Very High Resolution Radiometer) and the GOME-2 (Global Ozone Monitoring Experiment-2) instruments have all been cleaned and inspected.