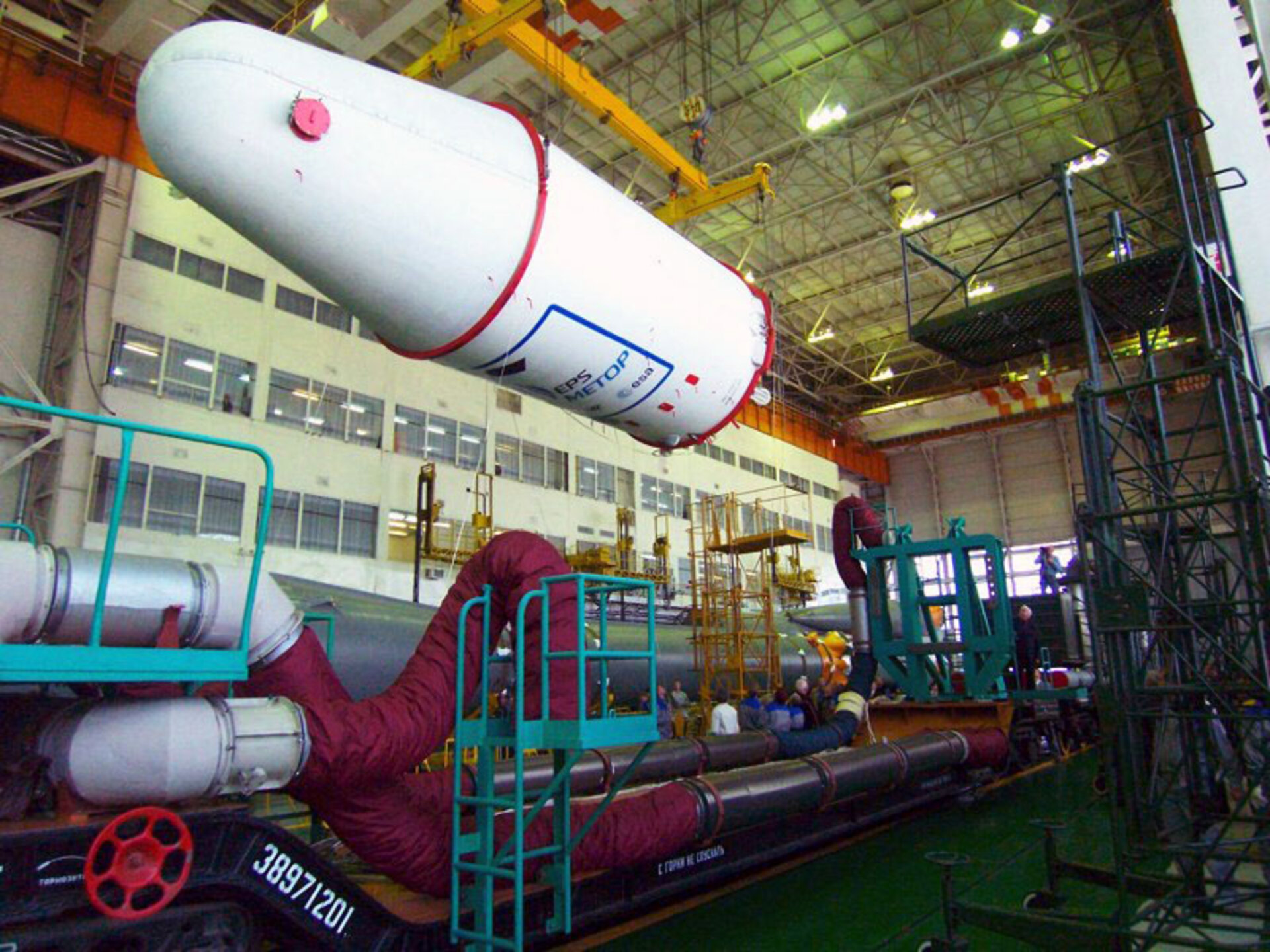 After its slow journey through the night, the upper-composite, which comprises the MetOp satellite and the Fregat upper-stage, safely arrived at the Soyuz launch preparation facility on Wednesday 11 October.

In preparation for the six-hour journey, the upper-composite was hermetically sealed and moved out of the Upper Composite Integration Facility (UCIF). In the outer hall it was lifted by crane and transferred to the train. This time the procedure to attach the upper-composite to the wagon ran perfectly and the precious cargo left MIK 112 at 21:30 on Tuesday 10 October, escorted by three MetOp team members.

The convoy reached MIK 40 near the launch pad in the morning of 11 October where it was carefully off-loaded by crane. Here the upper-composite will be mated with the third-stage of the Soyuz launcher.

Peter Edwards, ESA MetOp Project Manager said, "Following the satisfactory clearing-up of the earlier handling incident which delayed the first attempt to get the satellite to the launch pad, this time the transfer from the integration facility to the launch facility went extremely well. We are all looking forward the roll-out and then, next Tuesday, when MetOp, our “baby” and Europe's first polar orbiting weather satellite launches."

The fully assembled launcher will be rolled out and erected at the launch tower on Saturday 14 October, ready for launch on Tuesday 17 October.