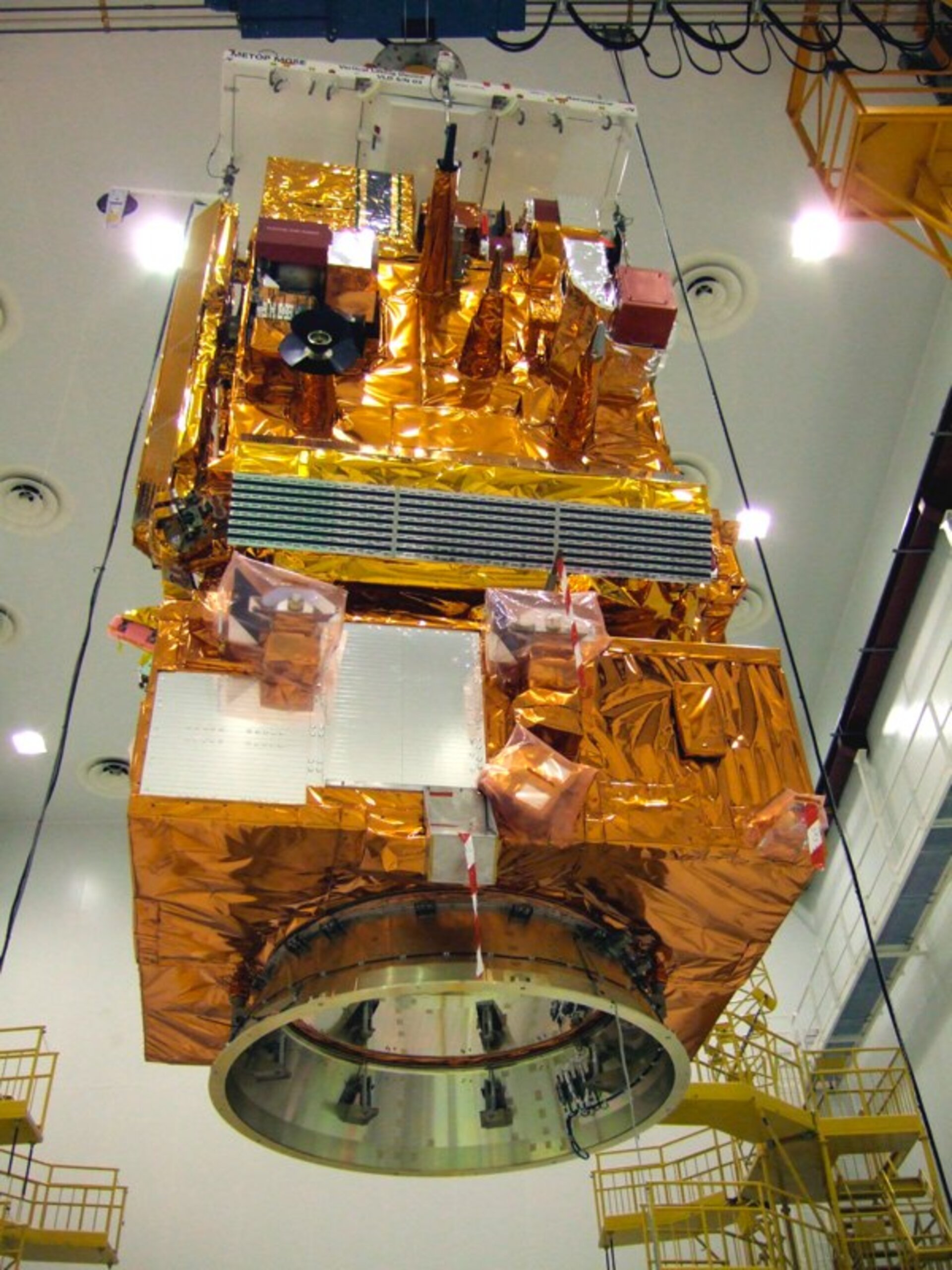 A significant milestone has just been reached in the MetOp launch campaign as the delicate task of mating the spacecraft and the Fregat upper-stage engine was successfully carried out.

Prior to the mating on Wednesday, engineers worked to finish all the last tasks that had to be done to prepare for the event. Over the last few days the Fregat stand had been closed around the engine but as the two halves of the scaffolding were moved aside it could be seen on its large trolley.

MetOp was carefully hoisted up on a crane above the Fregat while the interface to the launch vehicle adapter-stand was opened. Once manoeuvred into the correct position, the spacecraft was lowered and the scaffolding closed again, so that work on the interface could be completed.

This week's activities have also included various link validations that were performed to the “catacomb”. This is the bunker located at the base of the launch pad where the umbilical racks are installed. During the launch there are no personnel there. The closest people will be in another bunker, located further some 250 metres away.

Now that MetOp and the upper-stage of the rocket are joined they will be prepared for encapsulation in the fairing. This means that the scientists and engineers will have to say 'goodbye' to MetOp as the fairing will not be opened again until the spacecraft has left the atmosphere on its way to final orbit deployment around 800 kilometres above the Earth. Encapsulation is planned for Saturday.