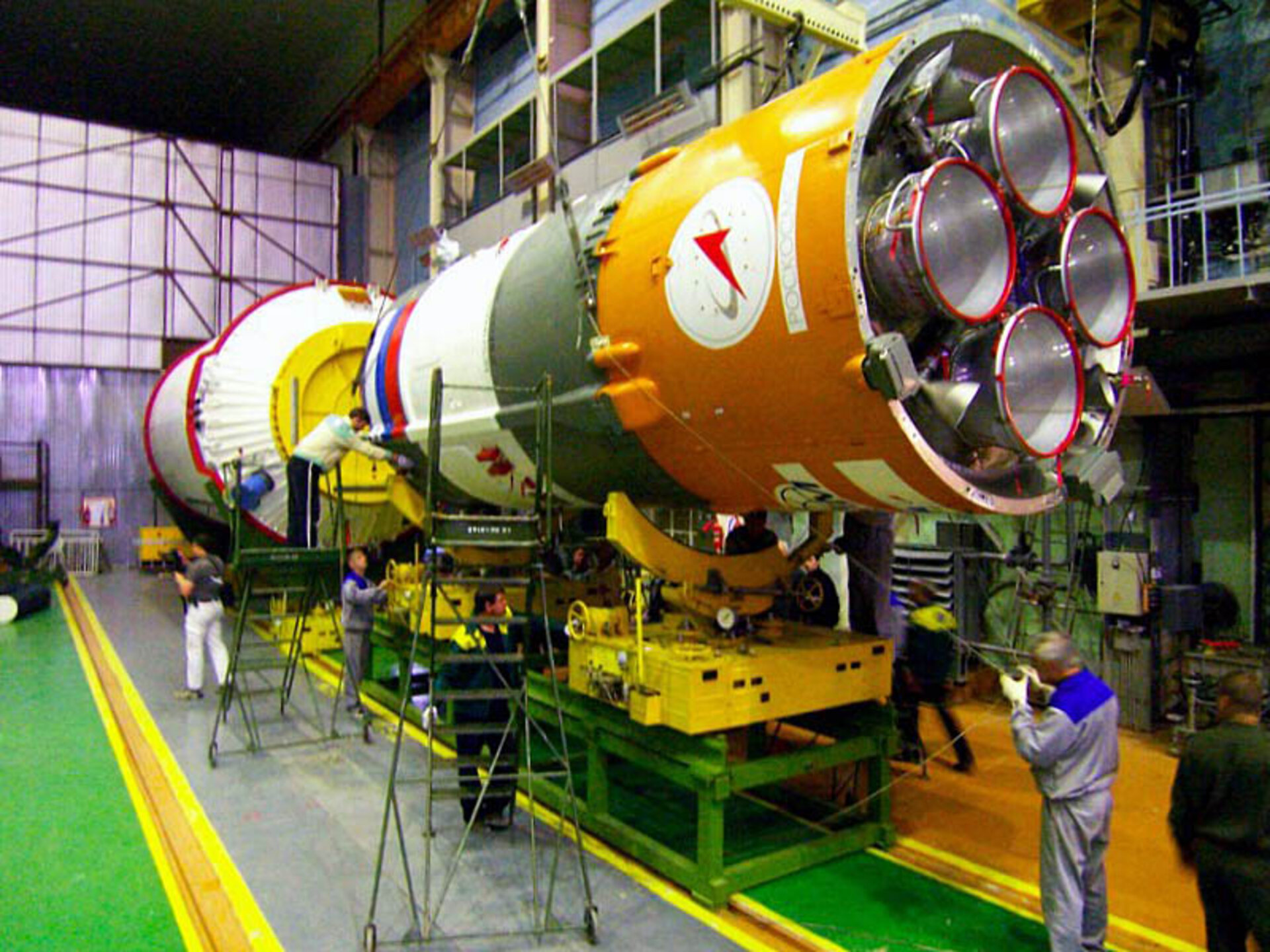 In preparation for the roll out to the launch pad at the weekend, the MetOp upper-composite has been successfully integrated to the third stage of the Soyuz launcher. The ensemble is currently undergoing final checks before being transported and erected at the launch pad.

Following its arrival at the MIK 40 Soyuz launch integration facility, the upper-composite was carefully lifted off the train and moved into position so that it could be mechanically coupled to the third-stage of the rocket. The procedure went according to plan and the ensemble is now being prepared for its short journey to the launch pad where it will be positioned in the launch tower.

The launch of Europe's first polar-orbiting weather satellite is still set for Tuesday 17 October at 18:38 CEST.