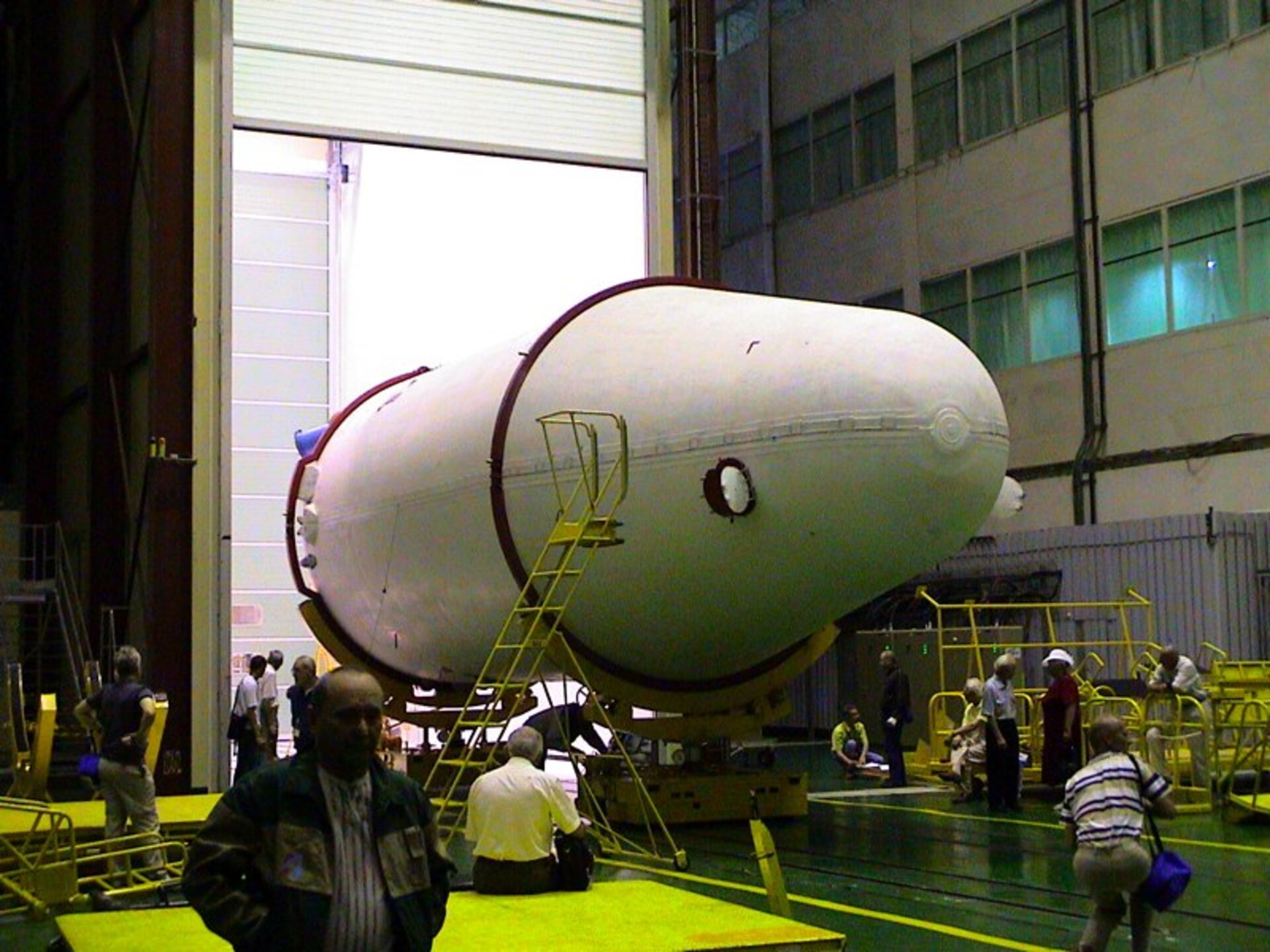 Following the encapsulation of MetOp and the Fregat upper-stage in the fairing a few days ago, the so-called 'upper-composite' has taken the overnight train journey to the Soyuz launcher preparation facility to be integrated onto the launcher before the complete structure is rolled out to the launch pad today.

In preparation for the six-hour journey, the upper-composite was hermetically sealed and moved out of the Upper Composite Integration Facility (UCIF). In the outer hall it was lifted by crane and transferred to the train, which is a particularly dangerous procedure as both MetOp and Fregat are fuelled.

Once the structure was safely loaded onto the train safety restrictions were relaxed and the engineers could take a look at the precious cargo perched on the wagon.

After ensuring that the thermal conditioning system was in order, the train left MIK 112 late evening on Monday 10 July. As the train is not allowed to go more than 10 km/h the journey took all night to reach the Soyuz launcher preparation facility.

During the entire journey it was escorted by an ambulance and a fire engine, which drove along a road by the side of the train track, as well as by two MetOp team members who rode on the train to check on the actual environment.

By morning the convoy had reached MIK40 close to the launch pad. Here the upper-composite was off-loaded by crane and placed in front of the Soyuz third-stage. By the end of Tuesday 11 July the upper-composite had been mated with the third-stage. The expertise with which this was carried out was very impressive, demonstrating the benefit that has been gained over more than 1700 Soyuz launches.

The fully assembled launcher will be rolled-out on Friday and erected on the launch tower, to be ready for launch on Monday 17 July.