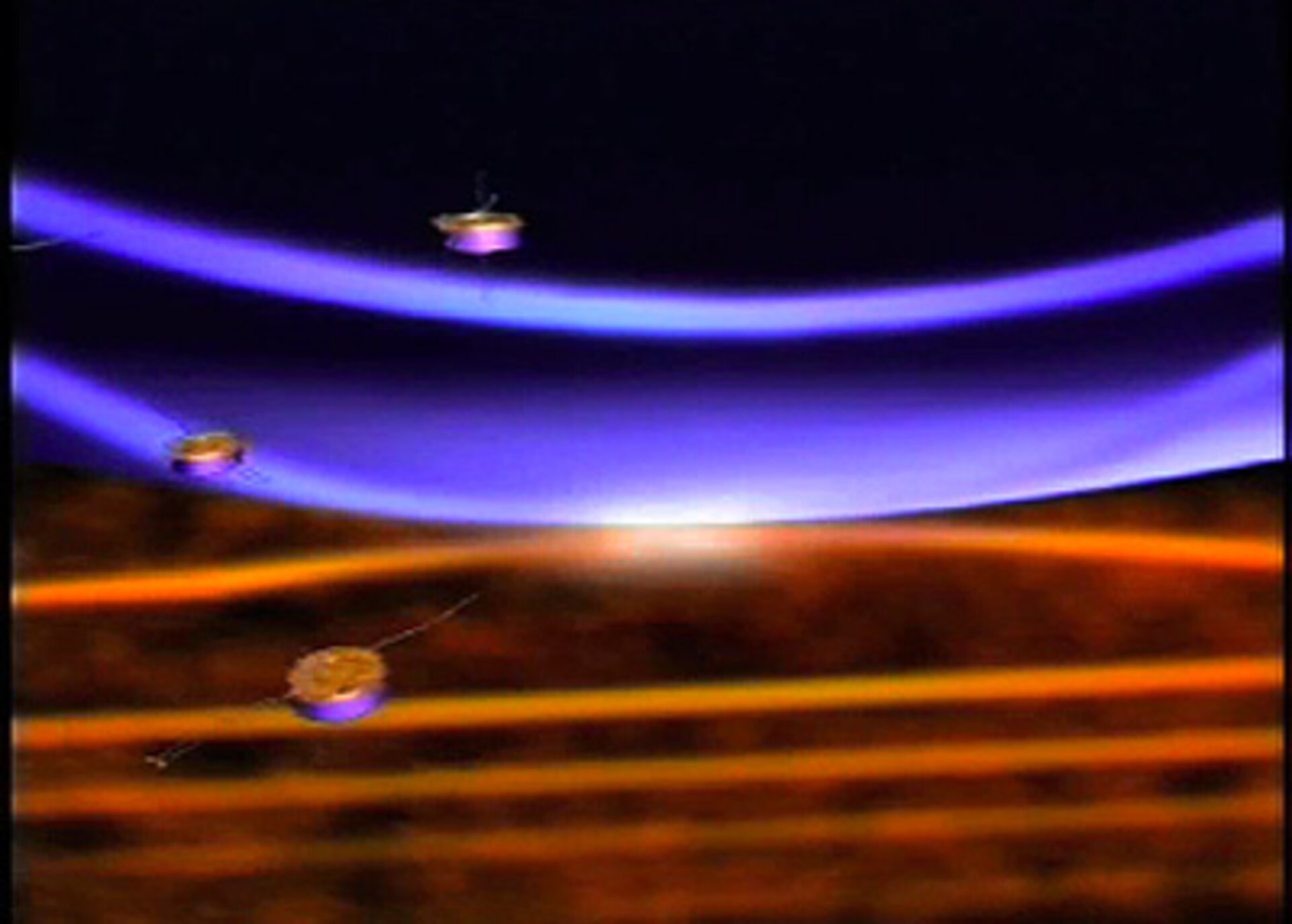 Plasma physicists have made an unprecedented measurement in their study of the Earth's magnetic field. Thanks to ESA's Cluster satellites they detected an electric field thought to be a key element in the process of 'magnetic reconnection'.

Thanks to these measurements, obtained by the eight PEACE electron sensors onboard the four spacecraft, scientists now have their first insight into magnetic reconnection's detailed behaviour.

Magnetic reconnection is a process that can occur almost anywhere that a magnetic field is found. In a reconnection event, the magnetic field lines are squeezed together somehow and spontaneously reconfigure themselves. This releases energy. When it occurs near the surface of the Sun, such an event powers giant solar flares that can release thousands of millions of tonnes of electrically charged particles into space.

The Earth's magnetic field creates a buffer zone, the magnetosphere, between our planet's atmosphere and the particles released during these eruptions. The Sun also releases a steadier flow of charged particles called the solar wind. On the large-scale, any heading this way buffet the magnetosphere, and are deflected by it. Plasma physicists describe this behaviour with a theory called 'magneto-hydrodynamics' (MHD).

On smaller scales, however, the picture becomes rather more complicated. The particles can actually flow across the magnetic field lines.This makes the mathematics of the behaviour more difficult. First to misbehave are the ions (positively charged particles). These break away from simple MHD on scales of less than a few hundred kilometres. On even smaller scales, less than 10 kilometres, the electrons (negatively charged particles) begin playing by other rules, too.

The new Cluster measurements reveal the electric field on the scale of a few hundred kilometres. "This is the first ever measurement of this term," says Paul Henderson, from University College London's Mullard Space Science Laboratory, UK, who led the investigation.

On 17 August 2003, Cluster was flying high above the night-time hemisphere of the Earth with an average separation of 200 kilometres between spacecraft. Data from several instruments shows that at 18:00 CET, a reconnection event took place and swept across the spacecraft.

Using data from Cluster's Plasma Electron and Current Experiment (PEACE) Henderson and collaborators calculated the pressure of electrons at each spacecraft and then calculated the difference between them and the variation with time. Using these quantities they calculated the electric field present near a reconnection site.

"This is an impossible calculation to make without four spacecraft," says Henderson. Now that the scientists can calculate the electric field in such a way, they have a new window into the process of magnetic reconnection.

Magnetic reconnection within Earth's magnetosphere regularly takes place on the night-time side of our planet, where the flow of the solar wind stretches out the magnetic field into a long tail. When the field reconnects in this region, it triggers jets of energetic particles that can cause auroral lights but can also damage satellites.

This new Cluster result takes scientists a step closer to seeing the precise details of magnetic reconnection. "When you think that the magnetosphere stretches over a million kilometres through space, we are actually looking at a minuscule part of it," says Henderson.

And that's exactly what plasma scientists want – the microphysics.