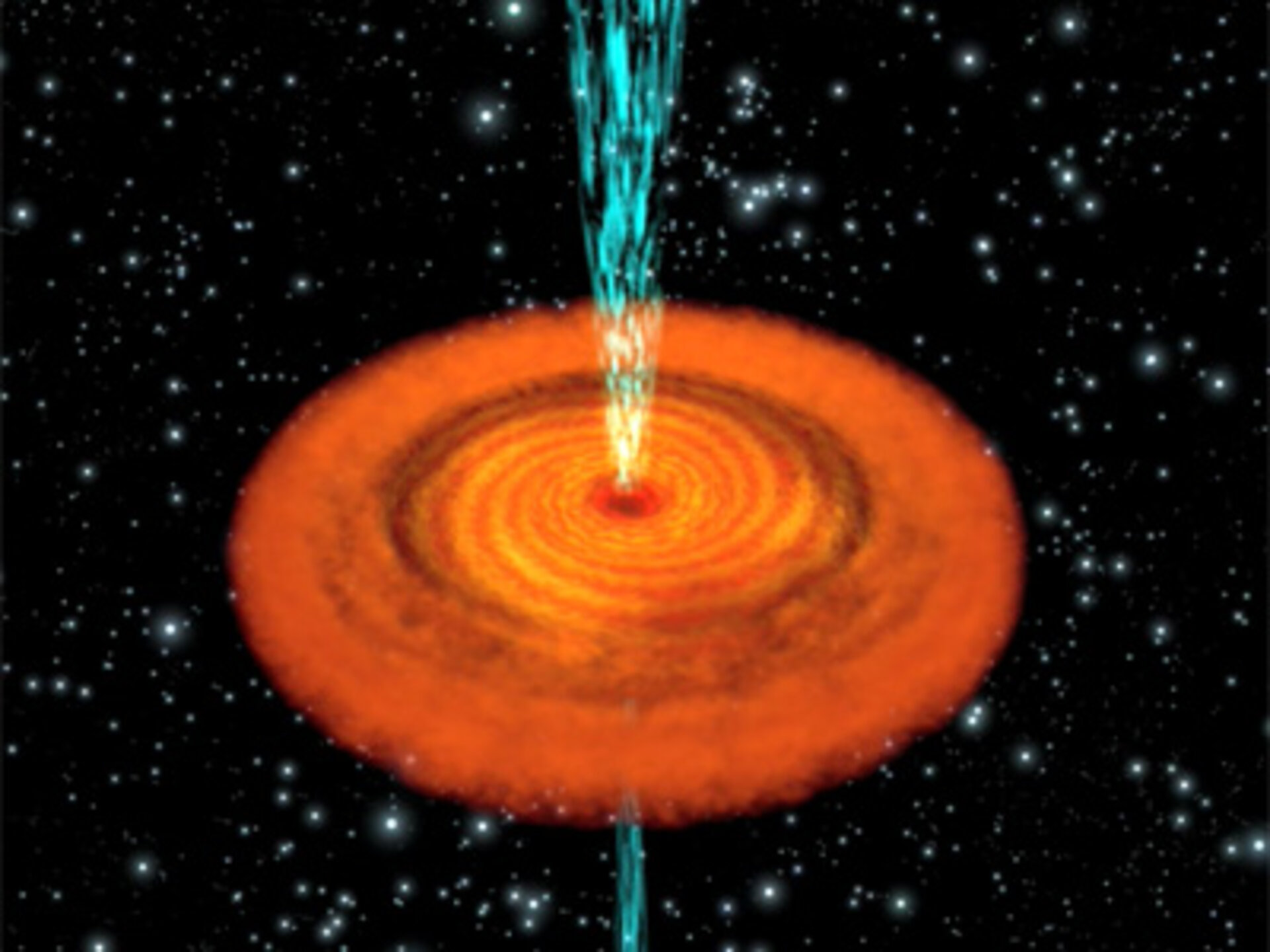 XMM-Newton has been surprised by a rare type of galaxy, from which it has detected a higher number of X-rays than thought possible. The observation gives new insight into the powerful processes shaping galaxies during their formation and evolution.

Scientists working with XMM-Newton were looking into the furthest reaches of the universe, at celestial objects called quasars. These are vast cosmic engines that pump energy into their surroundings. It is thought an enormous black hole drives each quasar.

As matter falls into the black hole, it collects in a swirling reservoir called the accretion disc, which heats up. Computer simulations suggest that powerful radiation and magnetic fields present in the region eject some of gas from the gravitational clutches of the black hole, throwing it back into space.

This outflow has a profound effect on its surrounding galaxy. It can create turbulence in the gas throughout the galaxy, hampering star formation. Thus, understanding quasars is an important step to understanding the early history of galaxies.

However, the structure surrounding a quasar is difficult to see because they are so distant. The light and X-rays from them takes thousands of millions of years to reach us.

About 10-20% of quasars are of a special type called BAL quasars. The BAL stands for ‘broad absorption line’ and seems to indicate that a thick cocoon of gas surrounds the quasar.

Most researchers believe that gas flows away from a BAL quasar along the equatorial direction of the accretion disc. These quasars show little X-ray emission, indicating that there is enough gas to absorb most of the X-rays given out from the region near the black hole.

But some BAL quasars appear to be spewing material out along their polar axes, at right angles to the accretion discs.

JunXian Wang, Center for Astrophysics, University of Science and Technology of China, Hefei, and his colleagues including Tinggui Wang and Hongyan Zhou, used XMM-Newton to target four such polar BAL quasars, identified by them previously. They were investigating whether the X-rays were being absorbed strongly.

XMM-Newton observed the quasars at specific times during 2006 and 2007. Two of them emitted more X-rays than the researchers anticipated, indicating that there is no veil of absorbing gas surrounding these particular quasars. “Our results can help refine the computer simulations of how these quasars work,” says Wang.

It may mean that BAL quasars are more complicated than originally thought. “Perhaps there can be both equatorial outflows and polar outflows simultaneously from these objects,” says Wang. Maybe, the outflows are even produced by similar means.

Computer simulations suggest that the polar outflows, like the gas ejected from the accretion disc, are also material falling in, turned away by fierce radiation before it comes near the black hole.

Wang and colleagues are now following this work up. They hope to monitor more BAL quasars over a longer period of time. “We need more data so that we can look into the details of the X-ray emission,” says Wang.

It seems that the more astronomers look into the distant universe, the more complex it becomes.