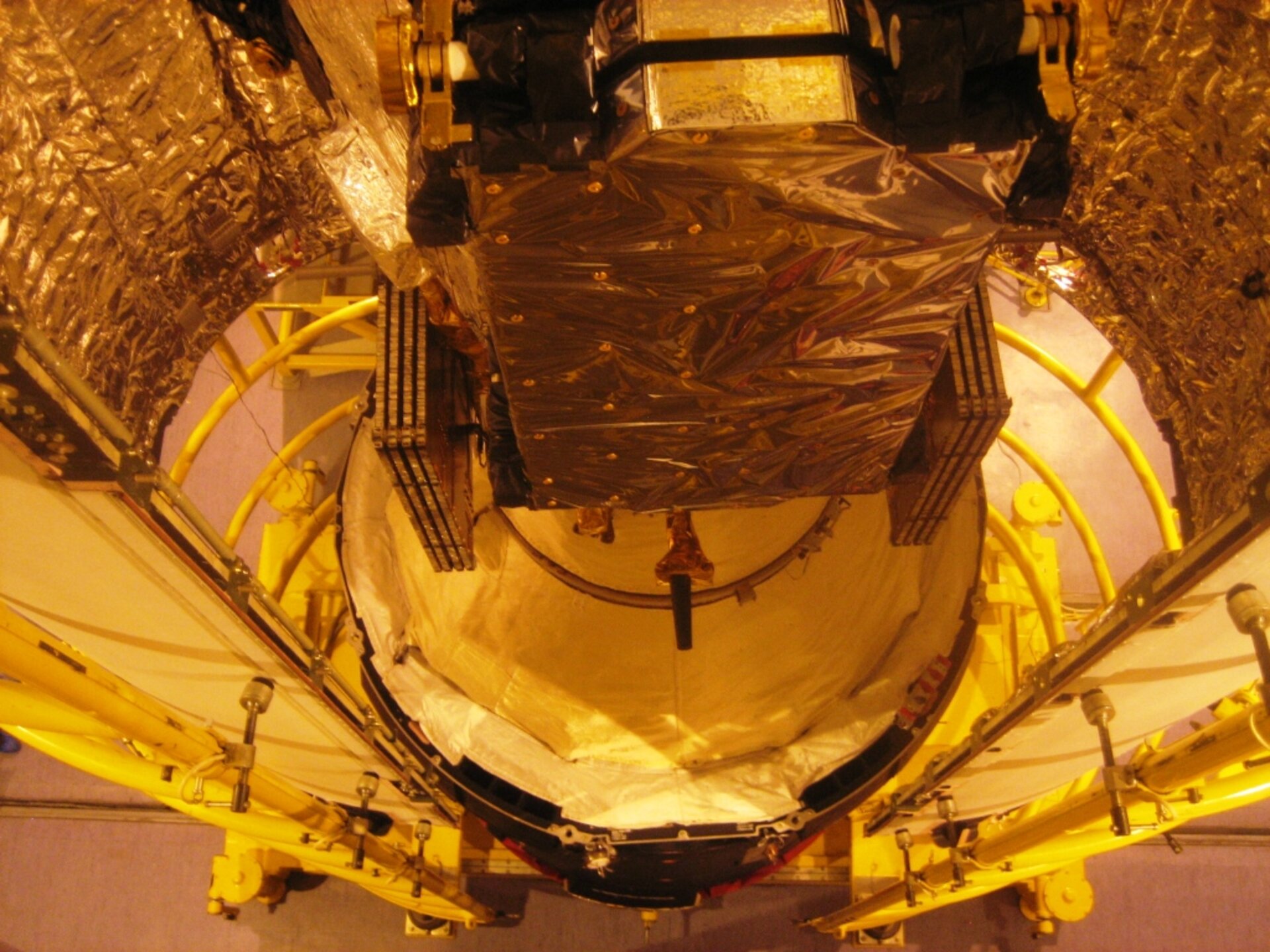 Tuesday 20th October to Thursday 22nd October - After the excitement of Proba-2’s encapsulation on Monday, the team spend the following day stowing away all mechanical and electrical ground support equipment (MGSE and EGSE) in the satellite’s transport container - except for the equipment still to be used for electrical health monitoring of the satellite.

At the same time the SMOS team are preparing their spacecraft for its own encapsulation and mating of the fairing, another important milestone of this joint launch campaign. The Proba-2 team are able to follow the encapsulation process and find themselves very impressed by the highly organised steps taken by the launcher authorities.

At the end of the day a team photo with the launcher specialists involved is taken front of the assembled space head, comprising Proba-2, SMOS and the Breeze-KM. In the days that follow this combined space head undergoes final mechanical and electrical assembly checks. And once again the Proba-2 team enjoy the opportunity provided by the Russian military to visit the Rockot launch pad, where the launch campaign logos of Proba-2, SMOS and the Eurorockot launch service provider are already in place.

Wednesday was of day of saying ‘thank you’ to the Proba-2 launch campaign team, and bidding farewell to most of its members, now departing from Plesetsk Cosmodrome. From now on the only one remaining will be Peter Matthijs of Verhaert Design & Development, in charge of monitoring the spacecraft’s electrical health, and ESA’s Karsten Strauch, overseeing all remaining technical and organisational matters, up to the scheduled launch of Proba-2 and SMOS on 2 November.

On Thursday Proba-2’s battery is fully charged up to its specification, while in parallel the launcher authorities apply the logos provided by ESA and Eurorockot to the launch fairing. As is traditional, all members of the project teams involved have also been able to place their own greetings and signatures onto the logos concerned, leaving their mark on the mission. This weekend will see the launcher authorities continue with the space head final electrical checkouts in the cleanroom and the MIK’s General Hall.