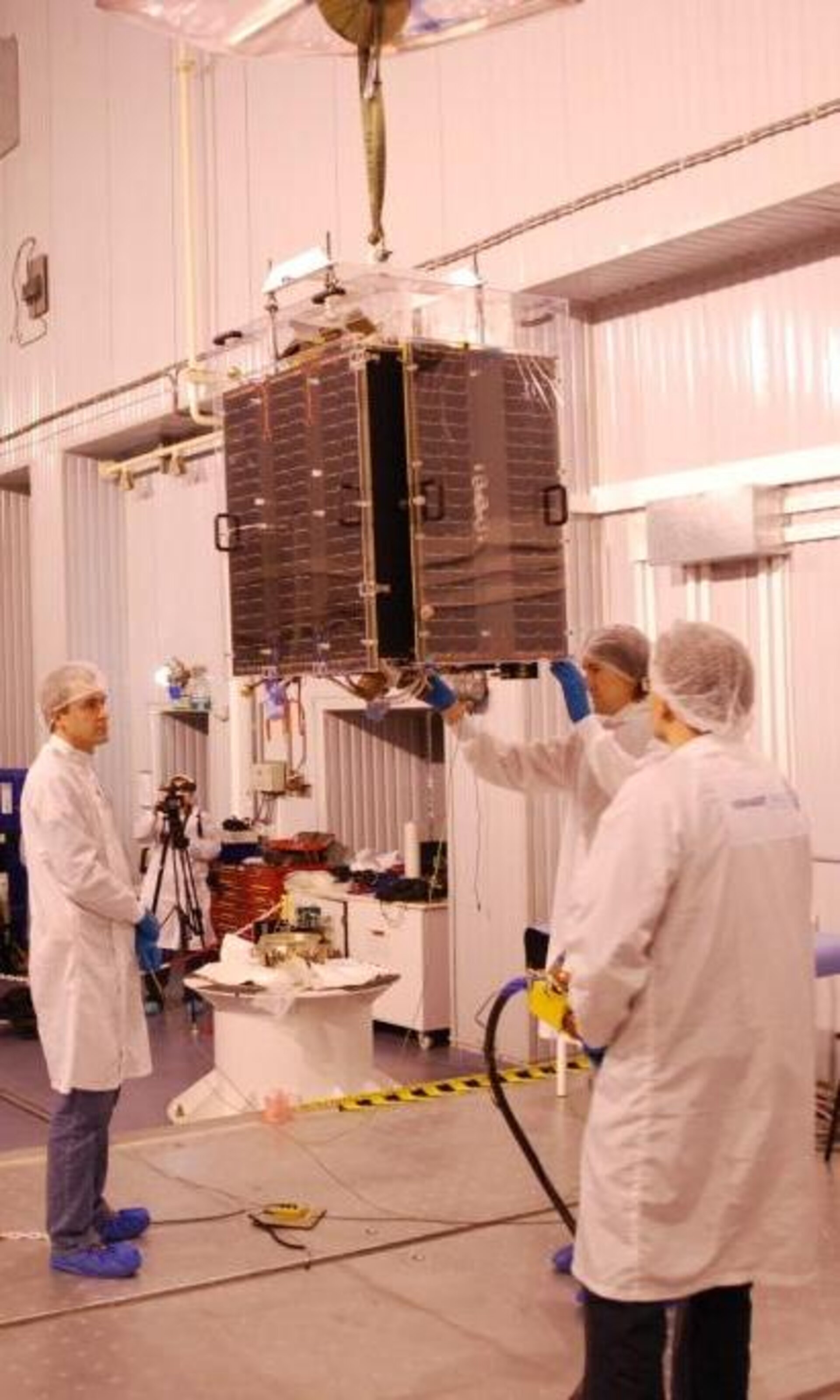 Wednesday 14th & Thursday 15th October - Wednesday sees the team perform electrical checkouts of the launcher cables, to be used for Proba-2 battery monitoring and charging in advance of its launch. This activity marks the first joint operations with the Khrunichev and Russian military launcher authorities.

As well as this checkout the battery is also fully charged and the spacecraft prepared for its imminent mechanical and electrical mating to the Proba-2 Adapter System, which secures the spacecraft in place below its fellow ESA satellite SMOS during their joint trip into orbit.

The following day – and still a day ahead of schedule – the spacecraft is mated onto this Adapter System. In preparation for this operation – which is designated a ‘key inspection point’ (KIP) in the launch schedule – the team has first to fill in a formal entry declaring ‘Proba-2 Spacecraft Readiness for Mating’ in the Launcher Logbook, done during the team’s standard morning meeting.

Think of the process as a ‘marriage’ between the two systems. First the spacecraft is lifted by crane onto the Adapter System, next they are mechanically mated together by the Verhaert launch team, then connected together electrically through their two umbilical connectors. Finally an electrical checkout verifies that the connections have been properly made.

The combined Proba-2 and adapter system are then lifted onto a dolly, ready to be mated in turn to the fully fuelled Breeze-KM – the upper stage of the three-stage Rockot launcher which will deliver Proba-2 and SMOS into orbit – which arrived in the Plesetsk MIK today.