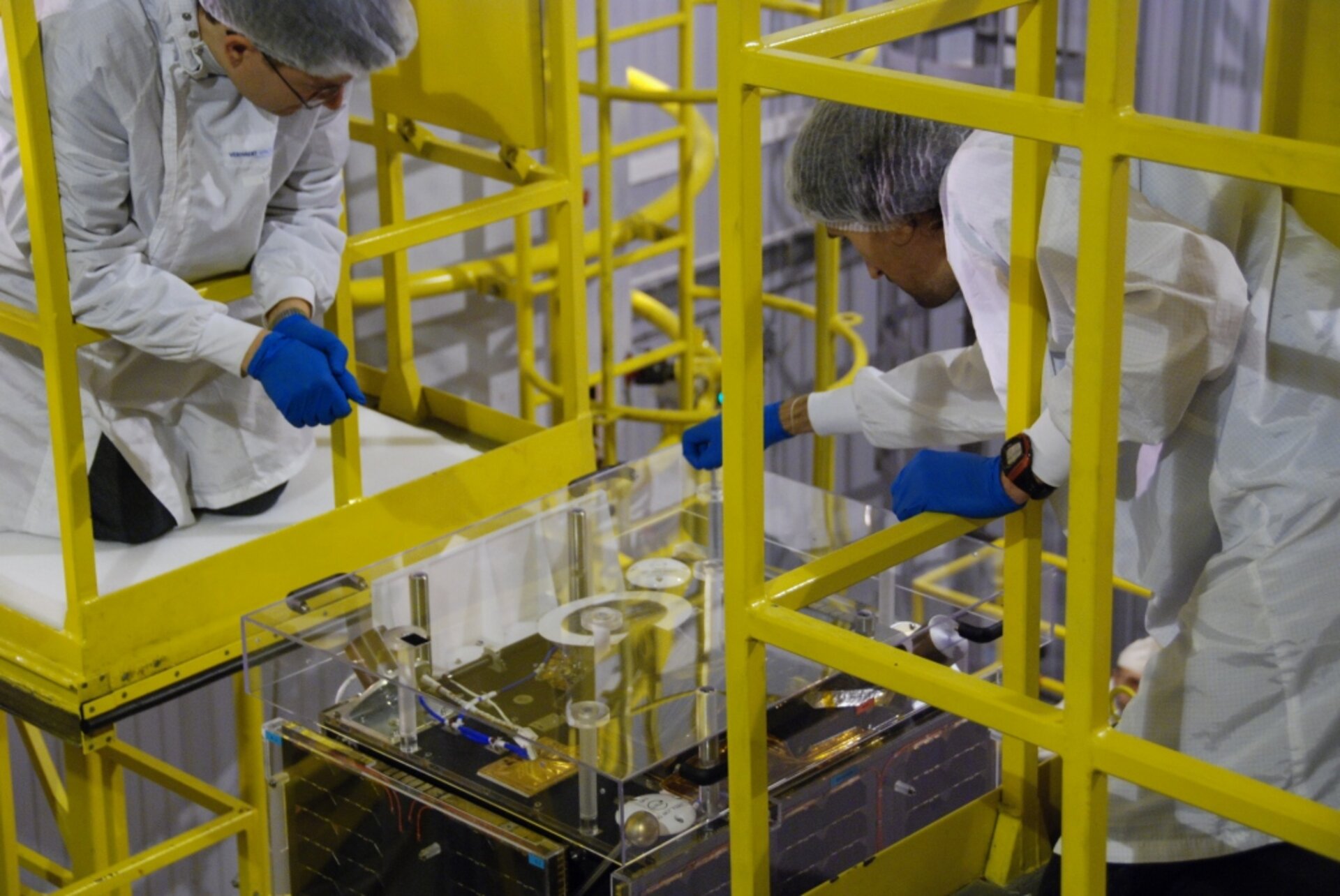 Monday 19 October – comes one step closer to space, and the launch team see it for the final time, as the miniature satellite is encapsulated by the SMOS adapter system and the full-sized satellite attached to it.

The day’s activities begin with the removal of the remaining protective covers, such as the three soft covers over star trackers and the star tracker experiment being carried out on behalf of the BepiColombo mission, as well as the hard covers above the satellite’s three solar panels. This is the last mechanical activity to be carried out on the spacecraft by the Verhaert Design & Development team.

After a final inspection of to formally check that all protective covers have now been safely removed the satellite is certified as ready for encapsulation.

At the same time a customised SMOS lifting device is being prepared to pick up the SMOS satellite and its adapter system. For the Verhaert team this is a breathtaking moment – they are about to lose sight of ‘their’ forever.

The Russian launcher authorities take over the hoisting operation and everyone finds themselves wondering whether the height of the crane will be able to provide sufficient clearance to lift the SMOS ‘stack’ above Proba-2 on the Breeze-KM upper stage.

In the end the authorities manage the operation in a perfect manner, being carefully guided by a set of dedicated alignment rods. While SMOS and its adapter are lowered onto the team concentrate on the steadily shrinking clearance between the two. Centimetre by centimetre the team witness their small satellite disappearing until it is entirely encapsulated within its new habitat.

This marks a very emotional moment for the team: they are letting go of their ‘baby’ after more than five years of work on the project, except for a tiny electrical umbilical which allows them to perform ongoing electrical monitoring of the satellite’s health.