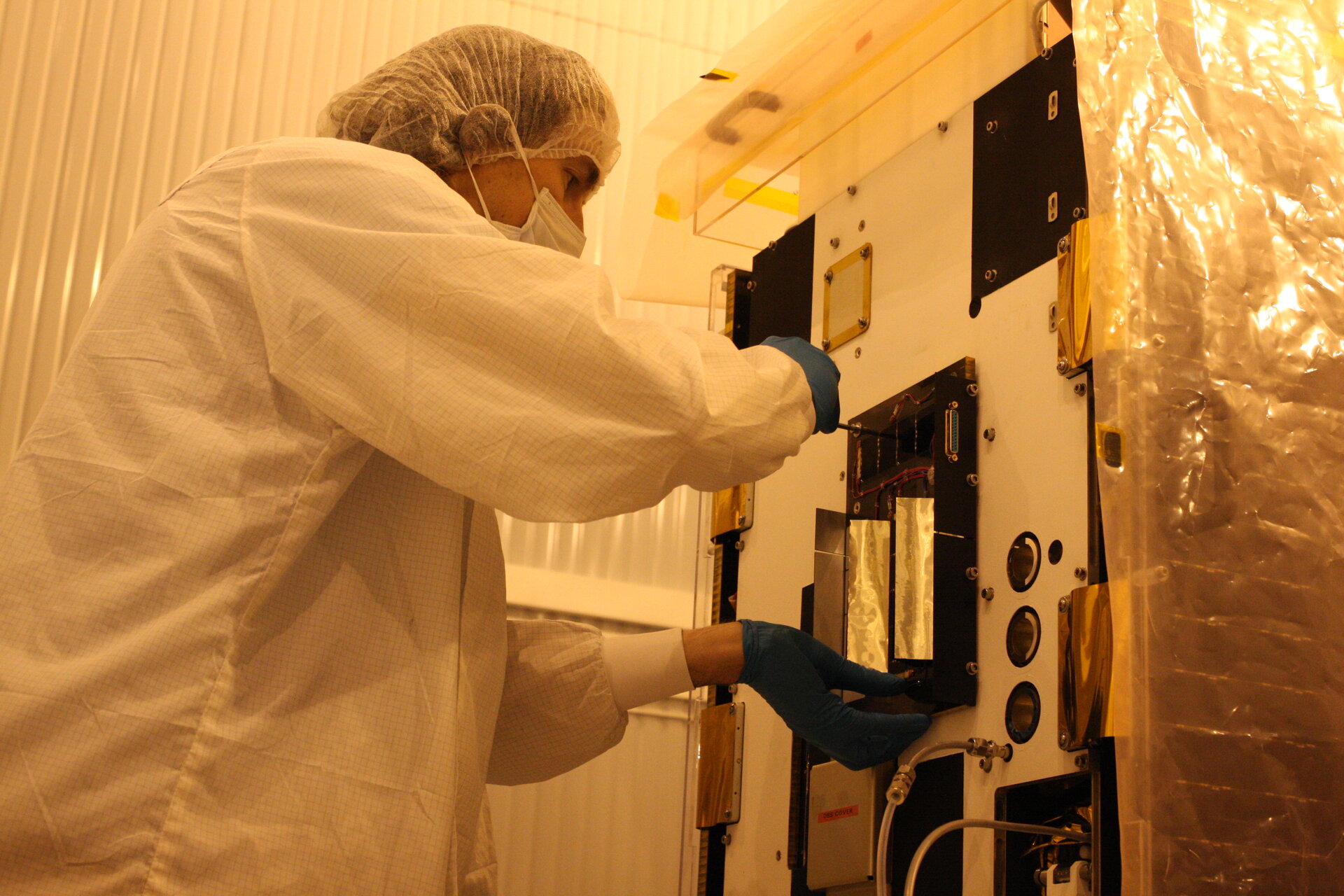 Monday 12th & Tuesday 13th October – The main focus of these two days is preparing Proba-2 for mating onto the Rockot Adapter System, which holds the spacecraft in place during its flight to orbit.

Activities include final integration and connection of the flight battery followed by a final functional electrical checkout of the entire spacecraft. As part of this test the team fully charges the battery up to its operational capacity.

These activities are then followed by arming the propulsion system as well as the release mechanisms for Proba-2's folded-up solar panels. Finally the very last spacecraft panel is mounted in place, then the Experimental Solar Panel (ESP) payload, which incorporates a test solar flux concentrator. This is an emotional moment for the Proba-2 launch team because it involves the very last bolts being torqued and locked onto the satellite.

The team are now ready for further joint operations with the Khrunichev and military launcher authorities. Effective teamwork has put them a day ahead of the planned schedule.