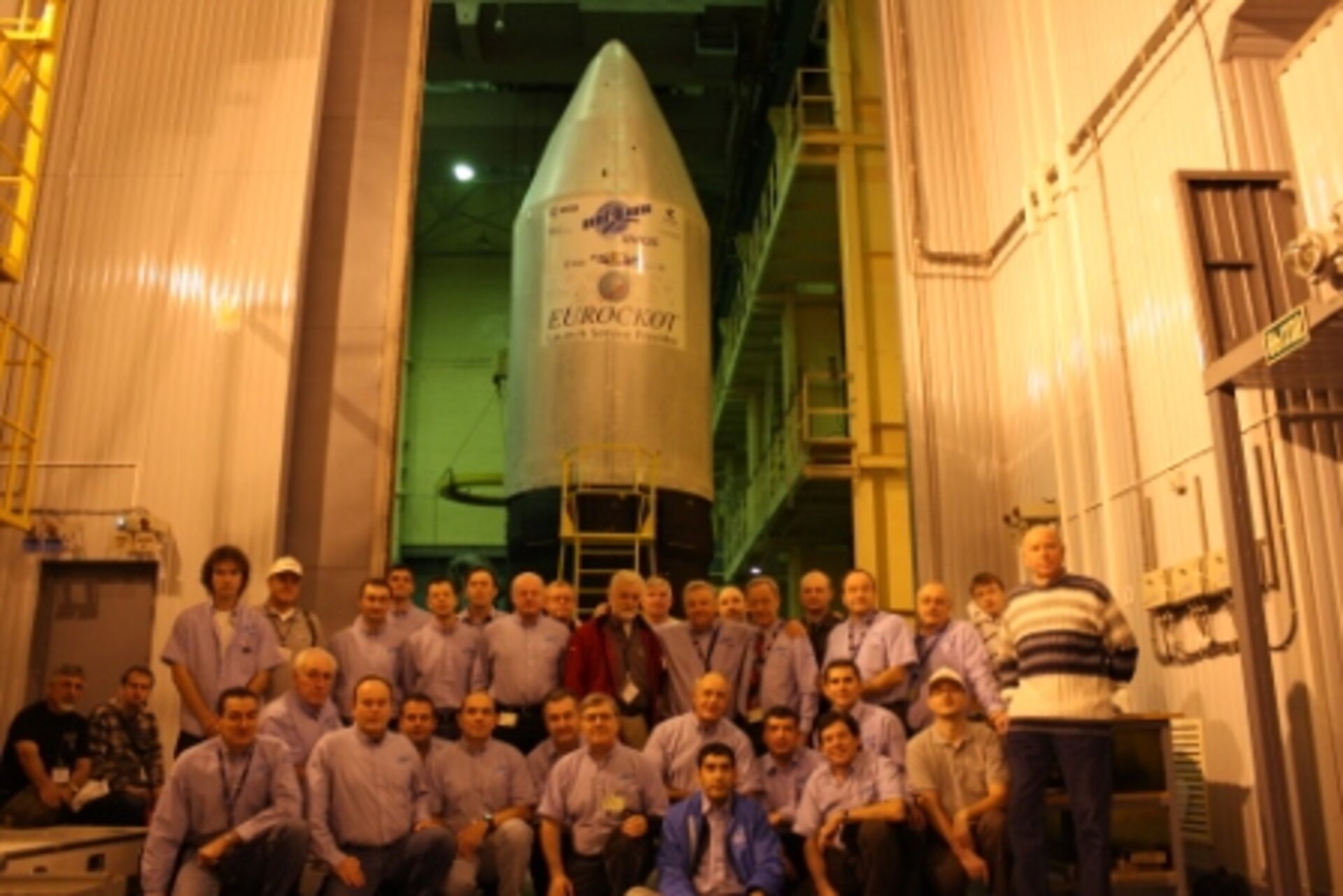 Friday 23 October to Tuesday 27 October - The weekend sees the launcher authorities finalise electrical checkouts of the combined Proba-2, SMOS and Breeze-KM upper stage – collectively known as the space head - in the MIK 101b cleanroom and the General Hall. As this goes on the electrical health of Proba-2 is monitored on a near continuous basis and on Saturday the spacecraft's flight battery is fully charged.

On Monday morning, a joint photo is taken of the combined Proba-2, SMOS and Krunichev teams in front of the space head. After this preparations for the launch pad roll-out of the space head begin: a thermal blanket is applied to the space head after which it is lifted onto a dedicated rail car.

Following this operation the team has the chance to fully charge the Proba-2 flight battery once again, prior to its journey to the launch pad. This is the Proba-2's last task in the context of launch preparations at the Plesetsk MIK. From here on in, activities are continuing in the undertable room of the Rockot launch pad.

The roll-out of the space head from the MIK to launch pad takes place on Tuesday mornng. The rail car sets off at 6:00, and arrives on the launch pad around 10:00. After arrival, the launcher authorities immediate prepare for the lifting and mating of the Space Head on top of the Rockot's second stage.

In parallel to all these activities several meetings are devoted to preparing for a joint dress rehearsal due to take place during Wednesday and Thursday.