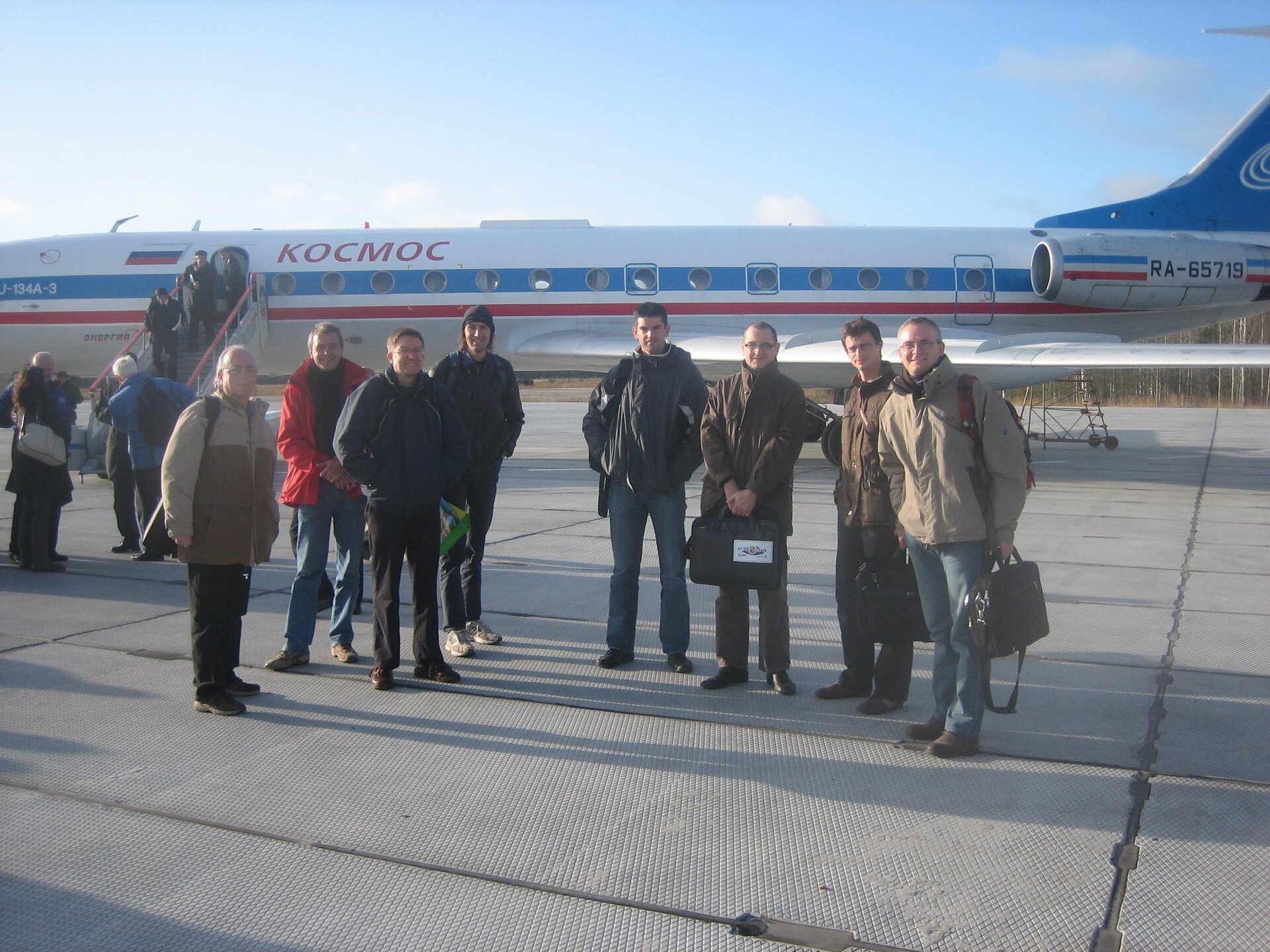 Sunday 11th October – Proba-2 is sharing its ride to orbit with another, larger, ESA satellite. With all preparations for the SMOS mission finished on schedule, the way was clear for the Proba-2 team to return to Plesetsk to start the second phase of the launch campaign.

Between the two launch campaign phases the team immediately notices a significant difference on their arrival on the Cosmodrome: the temperature has dropped to below zero degrees C. Winter has definitely arrived. After a warm welcome from the Plesetsk Cosmodrome authorities the team resumes activities in the MIK (Main Integration Complex) on Sunday afternoon.

Now that joint operations of the Proba-2 and SMOS teams have begun, the cleanroom, EGSE and offices have become very crowded compared to the first campaign phase of the month before. There is a new presence in the cleanroom too: the SMOS spacecraft has been attached to the adaptor cone which will cover Proba-2 during the launch.

Unpacking and setup of the team’s ground support equipment (GSE) goes very smoothly and by end of Sunday afternoon their small “baby” has been woken up and mounted back on its integration dolly. Proba-2 is now ready for its final preparations and checkout.