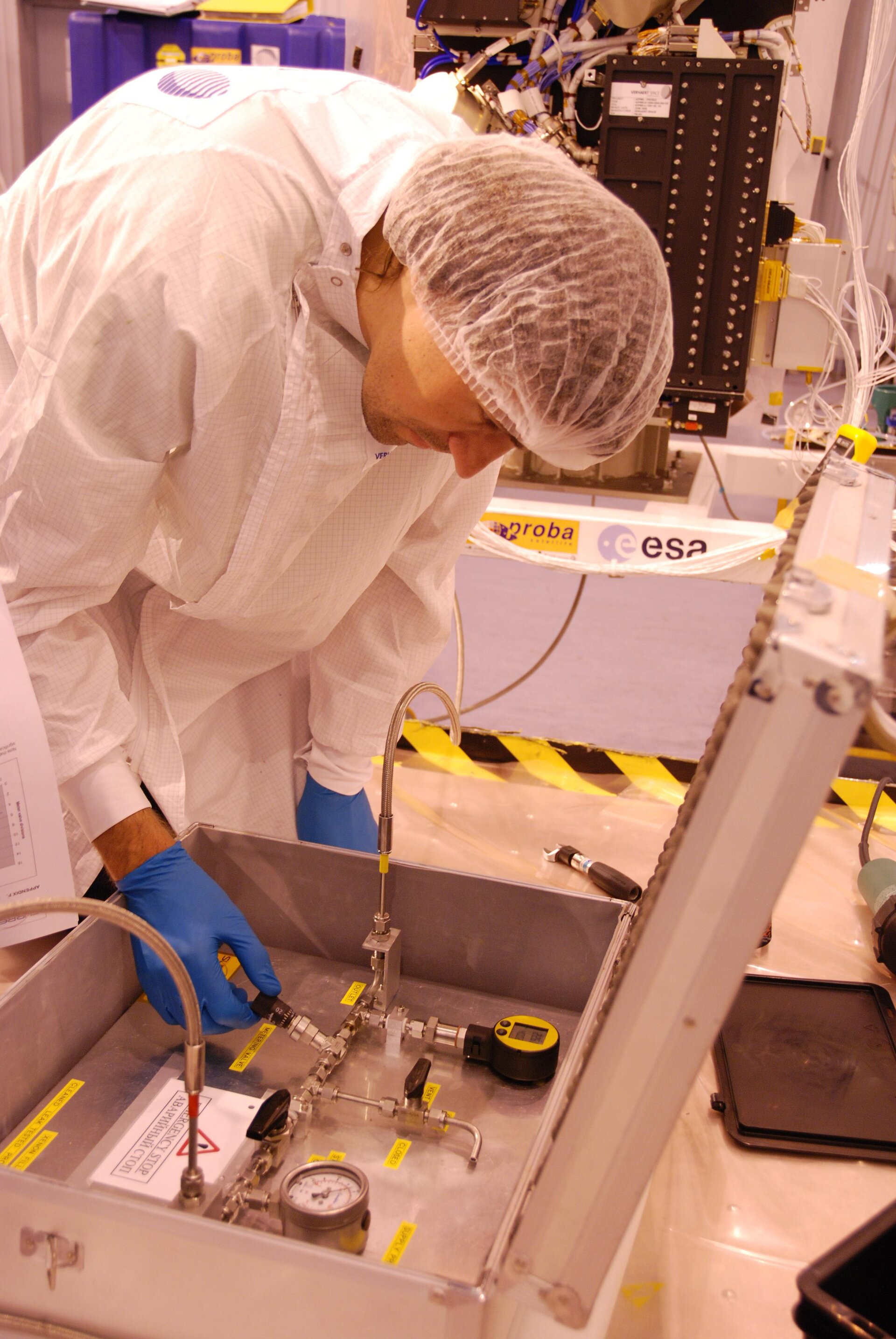 Tuesday, 8 September - Today's activities mainly focus on the finalisation of one of plasma measurement instruments – the Dual Segmented Langmuir Probe - and its cold gas propulsion system. The DSLP probes are being mounted on one of the deployable solar panels and equipped with specific sensor stimuli. A final experiment test is carried out to gather a set of reference data prior to launch. Test results are send to the principal investigator from the Czech Republic for further analysis and post processing.

The technology demonstrator which requires the team's specific attention today is the xenon cold gas propulsion system (developed by UK-based Surrey Satellite Technology, SSTL). First of all a leak test of the complete system is performed, prior to beginning to fill the tank with the xenon propellant. This is a tedious task requiring close monitoring of pressure and temperature.

In meantime interface discussions with the Russian launcher team continue in preparation for the combined launch operation activities for the spacecraft mating sequence, the umbilical check-out and the battery charging.

Considering the amount of co-ordination meetings the Proba-2 team have already had, for this 'small satellite' project, they are already getting a flavour of what to expect in the weeks to follow. That is when the team will be perform joint operations with the SMOS team, Eurockot, Krunichev and the local military and space forces...

Concluding a busy day, is powered up in order to obtain telemetry readings of the propulsion system, confirming a tank pressure of 30bar in line with earlier EGSE (electrical ground support equipment) measurements.