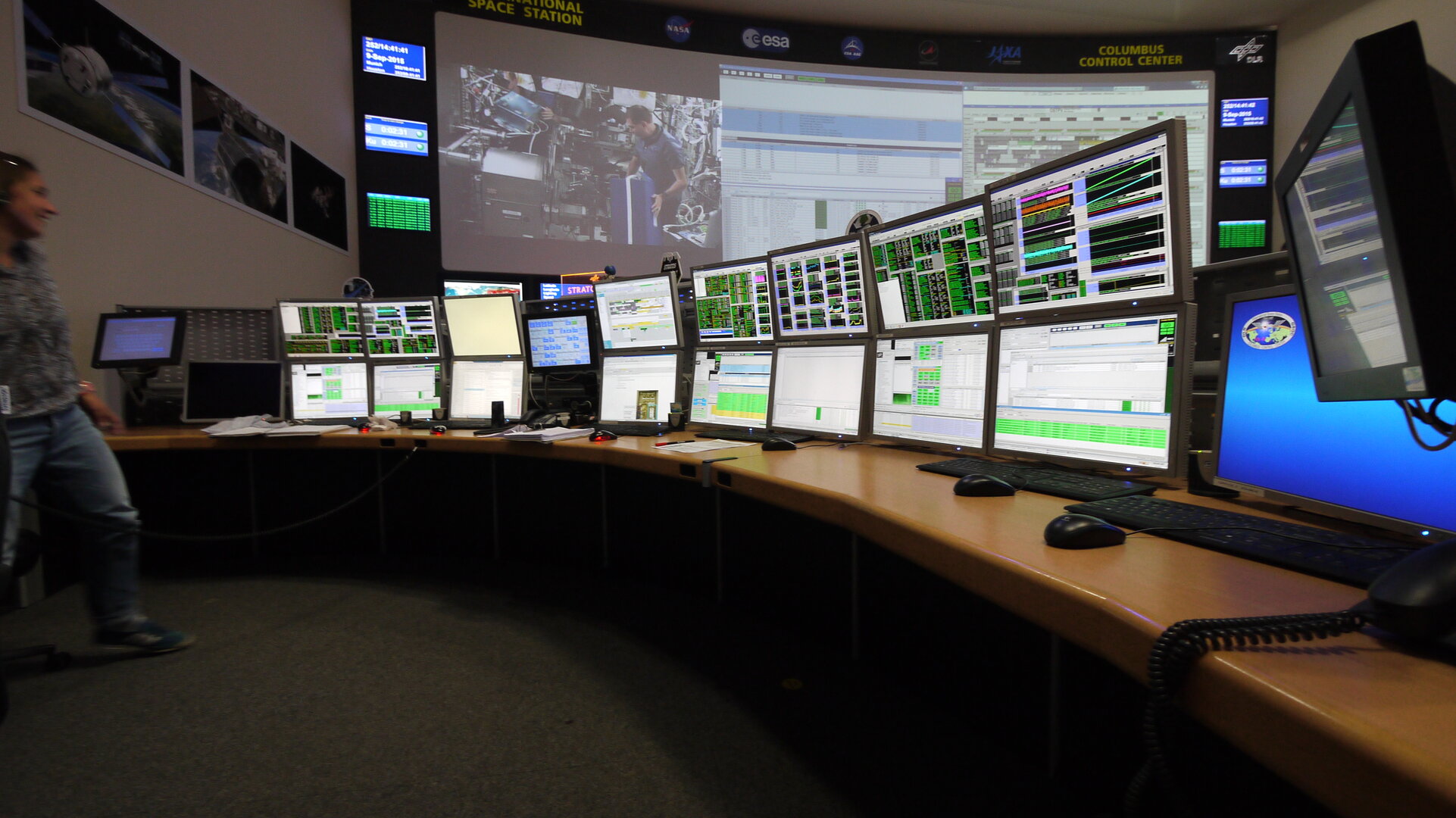 Day and night, a worldwide network of control centres supports the astronauts on the International Space Station. In Europe, operators at the Columbus Control Centre in Oberpfaffenhofen, near Munich, Germany, were the direct link to ESA astronaut Thomas Pesquet when he was in orbit. They were there to help him 24 hours a day, seven days a week − they know where everything in the Station is located and how everything works. Teams were constantly adjusting tasks to make sure that Thomas could complete his mission.

Simultaneously, researchers on the ground could control and monitor experiments performed in the European Columbus laboratory from their offices. Dedicated connections with eight User Support and Operation Centres across Europe made this possible.

ESA astronaut missions are part of the larger International Space Station partnership and each astronaut spends time on experiments from other space agencies, maintaining the weightless research laboratory, as well as following a compulsory 90-minute exercise routine.

Thomas’s point of contact on Earth was a Eurocom, a communicator for astronauts on orbit – Thomas himself has his Eurocom certificate and been ‘on-console’ for colleagues while they were in space.

Eurocoms are the eyes and ears of an astronaut on the ground, whose job is to be always available to answer questions and make sure the time in space is spent as efficiently and as comfortably as possible. They relay queries to the scientists who designed and built experiments, and consider new tasks from the astronaut’s perspective.

Other experts at the Columbus Control Centre were constantly checking the systems on Europe’s Columbus space laboratory, making sure it had power, proper ventilation, cooling and all experiment hardware was running as planned. The Columbus experts in Oberpfaffenhofen ensured Thomas and the other astronauts could live and work comfortably in a laboratory flying at 28 800 km/h in one the harshest environments we have ever explored – space.