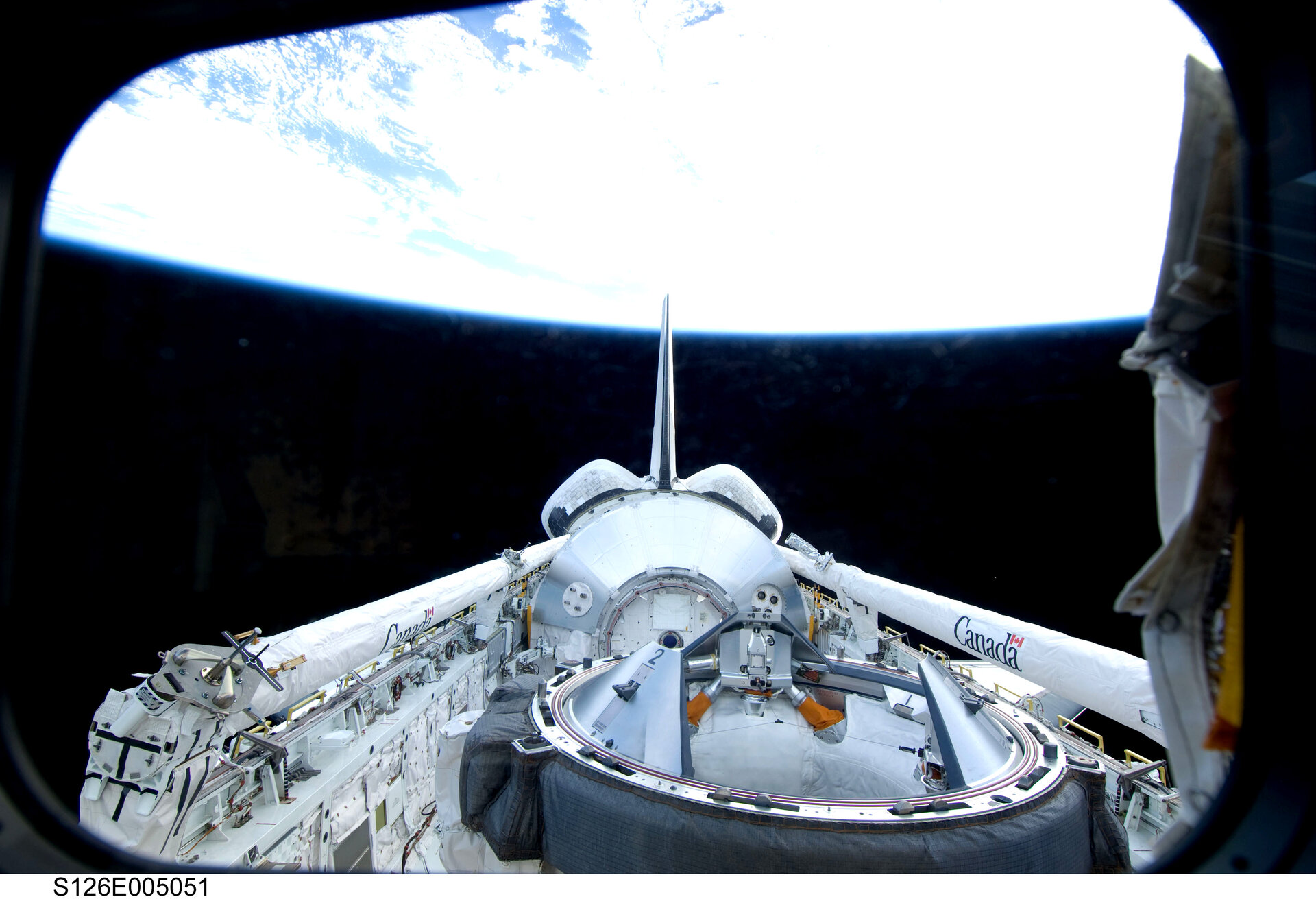 S126-E-005051 (15 Nov. 2008) --- Not long after the opening of the payload bay doors on the Space Shuttle Endeavour, crewmembers were able to get their first looks at cargo and hardware located in the bay, from windows on the aft flight deck. Visible in the frame are the Canadian-built remote manipulator system's robot arm, the docking system which will have a major role in the following day's docking with the International Space Station, and the Italian-built Multi-Purpose Logistics Module Leonardo en route to its fifth visit to the orbital outpost.