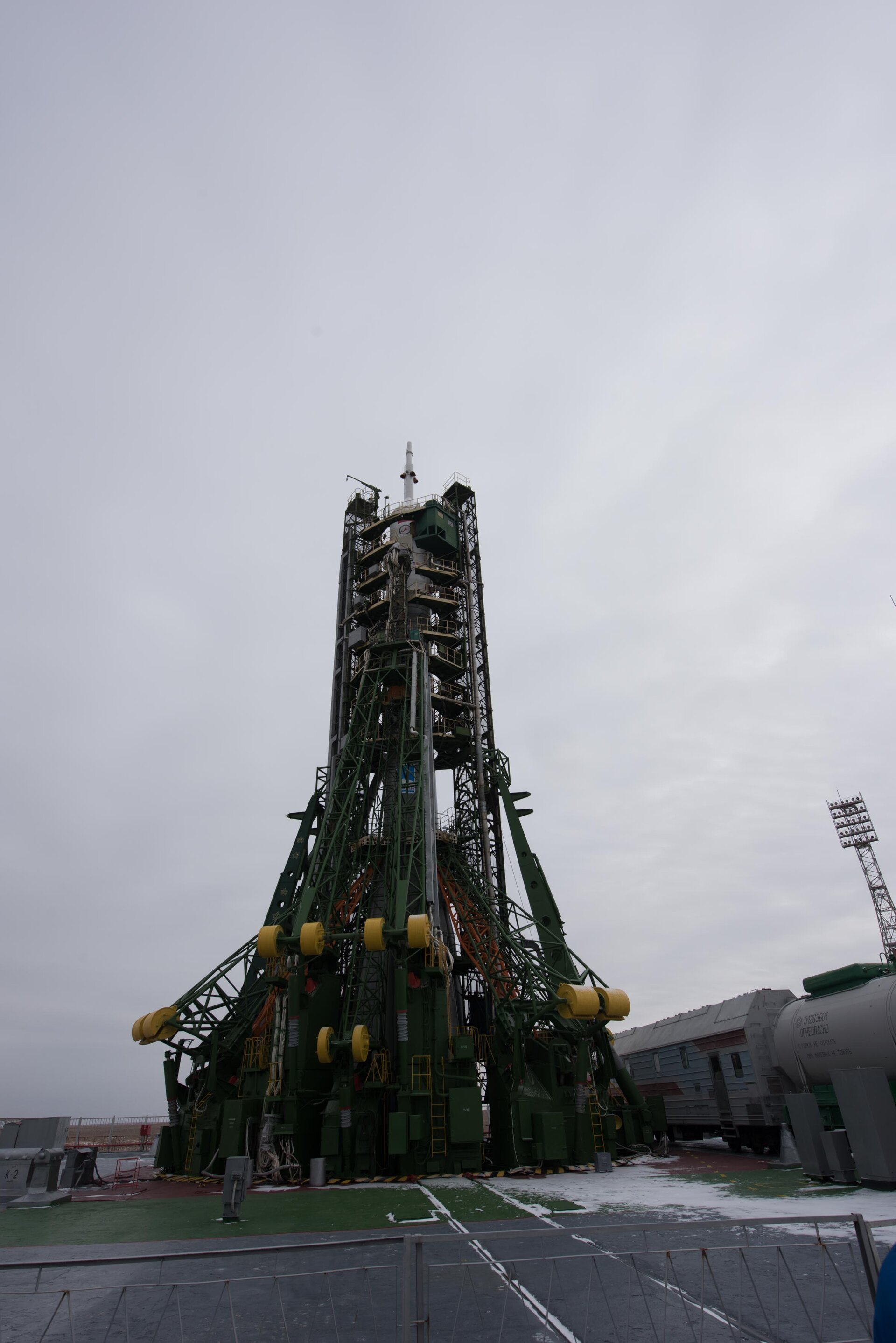 On 17 November 2016, ESA astronaut Thomas Pesquet, NASA astronaut Peggy Whitson and Roscosmos commander Oleg Novitsky will take a lift to the top of this 50 m-tall rocket, climb aboard and wait for the trip of a lifetime. At 20:20 GMT the engines will ignite and propel the trio 1640 km in less than 10 minutes – averaging a 50 km/h increase every second for nine minutes.

The Soyuz launcher delivers 26 million horse-power to reach an orbital speed of 28 800 km/h – but its journey starts on a train: the rocket is rolled to the launch pad by rail from the assembly building.

The rocket was moved into its upright position yesterday surrounded by its support structure.

Despite the enormous power and acceleration, Thomas, Peggy and Oleg will take two days to catch up with the International Space Station flying overhead. They are scheduled to dock with it at 22:00 GMT on 19 November.

Read more about their launch and the Proxima mission on the minisite.

Follow Thomas via thomaspesquet.esa.int and read the Proxima mission blog for behind-the-scenes info.