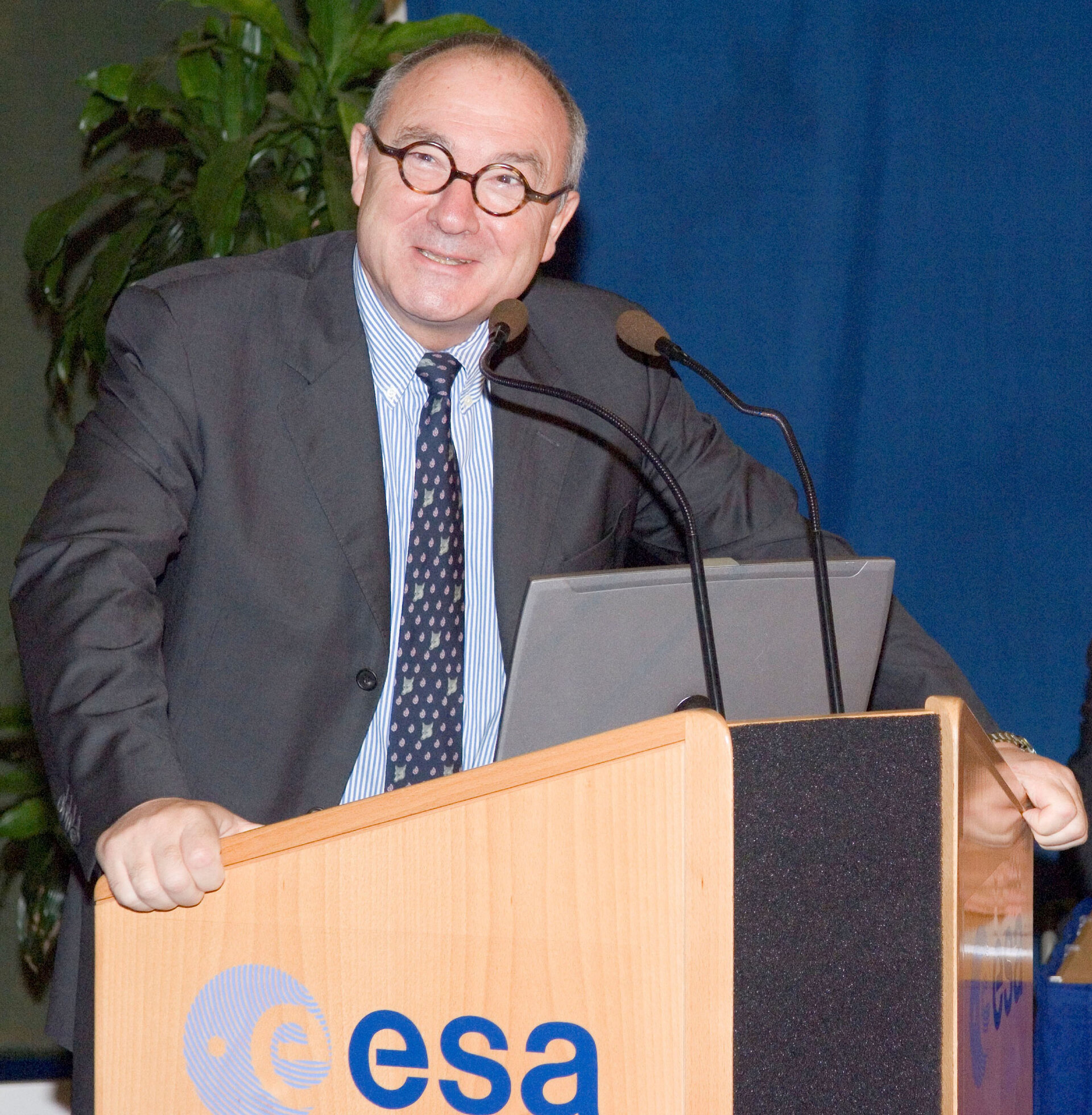 ESA PR 20-2006. Today the Council of the European Space Agency announced the renewal of the mandate of Mr Jean-Jacques Dordain as Director General of ESA for a further period of four years.

Mr Dordain was appointed ESA Director General in December 2002 and took up his post in July 2003.

Mr Dordain held a number of positions at the Office National d’Études et de Recherche Aérospatiales (ONERA) before joining ESA in May 1986.

At ESA he started with heading the Space Station and Platforms Promotion and Utilisation Department, and then, following a reorganisation, the Microgravity and Columbus Utilisation Department. In 1993 he became Associate Director for Strategy, Planning and International Policy and in May 1999 was appointed Director of the Strategy and Technical Assessment Directorate. He subsequently took up the post of Director of Launchers in February 2001.

During his first mandate as ESA Director General, Jean-Jacques Dordain has been instrumental in building the future of European space activities for the benefit of all citizens, doing much to ensure the success of Europe in the process and in reinforcing the Science activities of ESA. He has fostered closer relations with the European Union and has been one of the driving forces behind the elaboration of a European Space Policy. The success of the ESA Council meeting at ministerial level in December 2005, both in terms of policy and programmes, was one of his latest achievements.

ESA’s Council Chairman Prof. Sigmar Wittig stated: “I believe today the Council of ESA has taken the right decision. By unanimously agreeing to give Jean-Jacques Dordain a new mandate as Director General of ESA, we have shown the high level of confidence we have entrusted him with. We warmly congratulate him and we are certain he will continue actively promoting space for Europe”.

At the same meeting, held at the Agency’s headquarters in Paris, the ESA Council also renewed the mandate of Mr Antonio Fabrizi of Italy as Director of Launchers for a further four years.

Mr Fabrizi was first appointed Director of Launchers at ESA in April 2003 and took up his post in July of the same year. Mr Fabrizi graduated in Mechanical Engineering from La Sapienza University in Rome and held several positions at BPD before taking up further responsibilities within Fiat Avio/UBS, including the Vega programme. In the 2000-2003 period, before joining ESA, he was Vice-President of the Space Business Unit at Fiat Avio and President and Director General of Vegaspazio.

In November 2004, Daniel Sacotte became Director of Human Spaceflight, Microgravity and Exploration Programmes after having been Director of Administration from June 1997 to March 2004 and Director of Exploration from April to October 2004. He too has had his mandate renewed today by the Council of ESA for a further two-year term.

Daniel Sacotte, a French national, has a degree in Astrophysics and, beginning in 1973, held a number of positions with the French space agency CNES in the fields of astronomy, microgravity and human spaceflight. From 1984 to 1986 he served as Technical Adviser to France’s Minister of Research and Technology, Hubert Curien, and in 1988 became “Deputy Director” of Minister Curien’s Cabinet. In 1986, he was appointed “Director of International and Industrial Affairs” at CNES and finally went on to become “Deputy Director General for Management, Administration, Finance and Human Resources” before joining ESA as Director of Administration in June 1997.