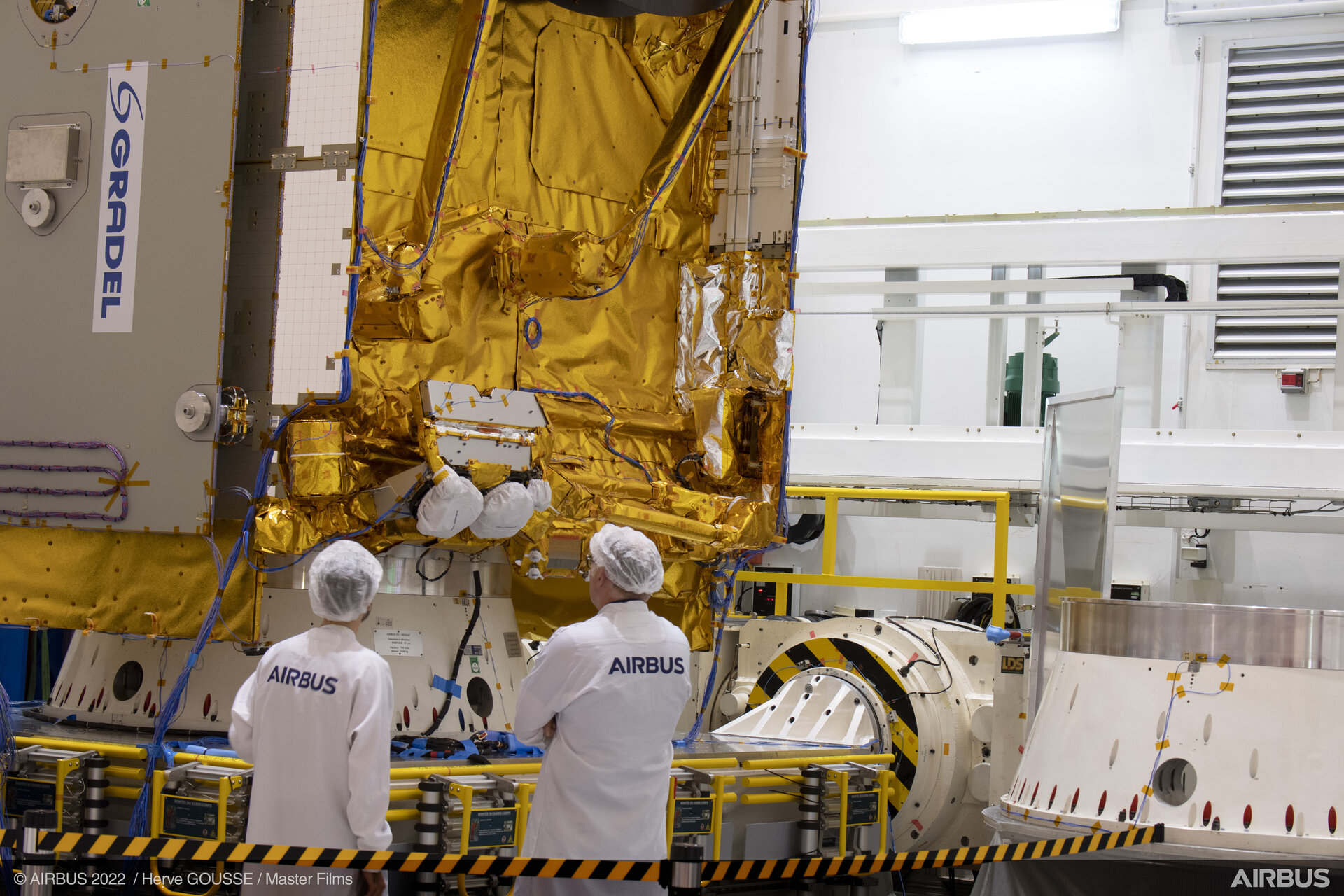 The first satellite to be built under ESA’s Eurostar Neo programme has completed mechanical tests designed to demonstrate its ability to withstand the vibration that occurs during launch.

The satellite – called Eutelsat Hotbird 13F – is one of an identical pair developed by satellite manufacturer Airbus for satellite operator Eutelsat in an ESA Partnership Project.

The two satellites will reinforce and enhance the broadcast of more than a thousand television channels into homes across Europe, Northern Africa and the Middle East after they are launched into geostationary orbit later this year, replacing three older satellites.

The mechanical tests were conducted by Airbus at its Astrolabe facilities in Toulouse, where the satellites earlier underwent thermal vacuum tests designed to demonstrate their ability to withstand the vacuum and extreme temperatures experienced in space. Experts from Airbus, ESA and Eutelsat supervised the tests.

The satellites are now in their flight configuration and will undergo thorough verification sequences before being prepared for launch.

The Eurostar Neo product line is developed in the frame of ESA’s programme of Advanced Research in Telecommunications Systems (ARTES) and the French Programme d’Investissement d’Avenir (PIA), in cooperation with space agencies from ESA Member States. It is managed jointly by ESA and the French Space Agency, CNES.

The Neosat programme comprises both Eurostar Neo by Airbus and Spacebus Neo by Thales Alenia Space, and Eutelsat is the first satellite operator to commit to both platforms. The programme includes development up to in-orbit validation of the new satellite product lines for both companies, allowing the European space industry to deliver competitive satellites for the global commercial market.

Some 16 Neosat satellites have now been sold by European companies, and the programme is predicted to generate more than 20 times the return on investment to its 12 participating states and their space companies, according to an independent analysis by Euroconsult.

ESA Partnership Projects allow European industry to maintain and continue developing their competitiveness on the worldwide commercial market and enable greater risk sharing, where ESA bears the risks related to the development of innovative solutions and the partner assumes the commercial risks to respond to market needs.