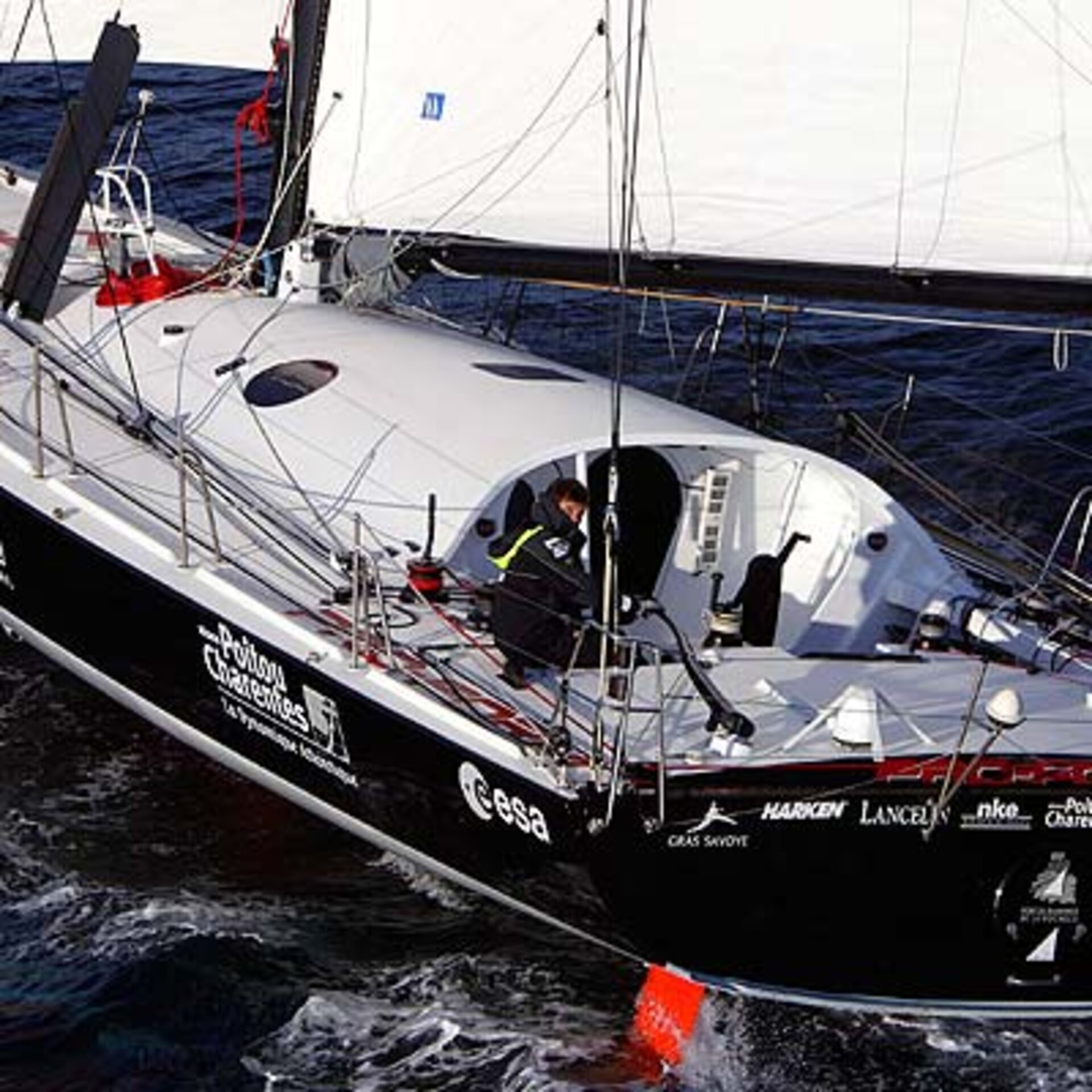 European space technology will boost the performance of at least one boat during this year’s Transat Jacques Vabre international sailing contest. The race starts on Saturday from Le Havre in France, and ends in Salvador de Bahia, Brazil.

Marc Thiercelin and his sailing partner Eric Drouglazet will be competing in Thiercelin's 60-foot yacht ProForm. The yacht has more efficient solar cells, lighter batteries and an intelligent power management system, all based on technology developed for Europe’s space programmes.

This will be the seventh edition of the Transat Jacques Vabre, the only international double-handed race for 50- and 60-foot monohull and multihull yachts. After leaving France, the competitors will cross the Atlantic to reach Brazil, some 4350 nautical miles away.

Crossing the ocean at a speed of over 17 knots for the multihulls and nearly 12 knots for the monohulls is enough to test the sturdiness of the strongest teams. Altogether 35 boats will start the race, 13 in Thiercelin’s 60-foot (18.28m) monohull-category.

"Back in 2003 we started to discuss with Marc Thiercelin how new technologies could help him and improve his boat," says Pierre Brisson, head of ESA’s Technology Transfer Programme (TTP). "Weight reduction and an efficient electricity system were soon identified as areas where proven technologies from space could provide interesting solutions."

A lighter type of battery was identified, based on a model originally developed for satellites in the 1990's. SAFT, a French company, produced a set for Thiercelin’s yacht that weigh only 110 kg in comparison to the 250 kg weight of conventional maritime batteries that have the same power.

On most yachts, batteries are charged by running a diesel generator once or twice a day. Many boats also use solar cells to generate electricity, but only in addition to the conventional diesel generator, as they are still not so efficient and of course rely on the weather and available sunlight.

ESA, together with European industries, are continuously carrying out research to develop higher performance and more efficient cells for spacecraft. The German company Solara has designed two solar panels for Thiercelin’s boat. These use a special new type of ‘space’ polysilicon solar cells which are more efficient than standard cells.

"In addition to lighter batteries and more efficient solar cells, the small French start-up company Accuwat developed a special energy-management system using the same advanced technology developed by EADS for European spacecraft," explains Alexandre Hulin from Bertin Technologies, a partner in ESA’s TTP network of companies that promote the use of space technologies in non-space fields on Earth. It is also a key player in the spinoff of ESA technology to Marc Thiercelin.

"This system controls the voltage level of the batteries, starts charging when needed and stops once the batteries are fully charged. This optimises the charging process and avoids damaging the batteries by overcharging."

The three space technologies were installed on Marc Thiercelin’s boat ‘ProForm’ last year and used for the first time in the 2004 Vendée Globe race.

"We are happy that Thiercelin continues to use our systems and demonstrate their efficiency and reliability during tough races like the Vendée Globe and the transatlantic Jacques Vabre race," says Pierre Brisson.

"Once again the advanced technologies which European industry has developed for our space programmes are providing innovative and intelligent solutions for problems on Earth."

"I found the systems from ESA worked very well during the Vendée Globe and also in the Fastnet race last August," says Marc Thiercelin.

Marc Thiercelin has a long and successful sailing career. He came second in the 1997 Vendée Globe and fourth in the 2001 edition. Unfortunately, in 2004 he had to abandon the race due to an accident on the boat. In 1999 he also came second in the Around Alone race. In all, Marc has sailed around 470 000 km across the world’s oceans.

Despite his many years of sailing and competing in races, Marc says the Transat Jacques Vabre is special. "I will be sailing between my two countries: France where I was born and Brazil, which has been my adopted country for many years."

"It is as if the two ports are holding out their hands to me and I will be heading back to see old friends".
We wish Marc Thiercelin and his sailing partner Eric Drouglazet the very best of luck.