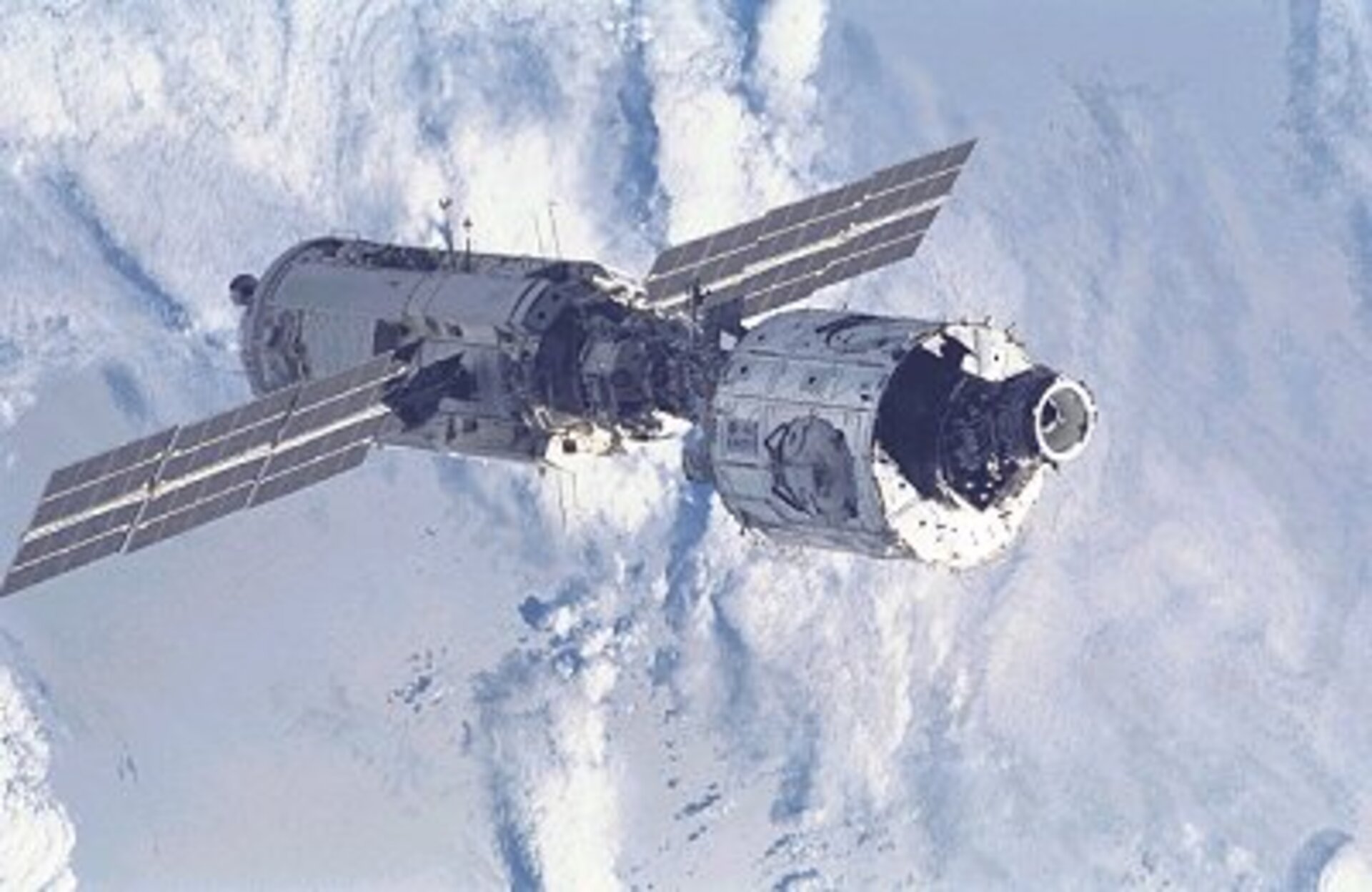 Zarya and Unity are released by Space Shuttle Endeavour after docking

A variety of white and grey clouds form the backdrop for this scene of the connected Zarya and Unity modules floating in space after having been released from Space Shuttle Endeavour's cargo bay. Six crew members, who had earlier spent the majority of their on-duty mission time working on the tandem of space hardware, watched from Endeavour as the joined modules moved away from the Shuttle. Zarya (left) and Unity (right) are the first two modules of the International Space Station (December 1998)