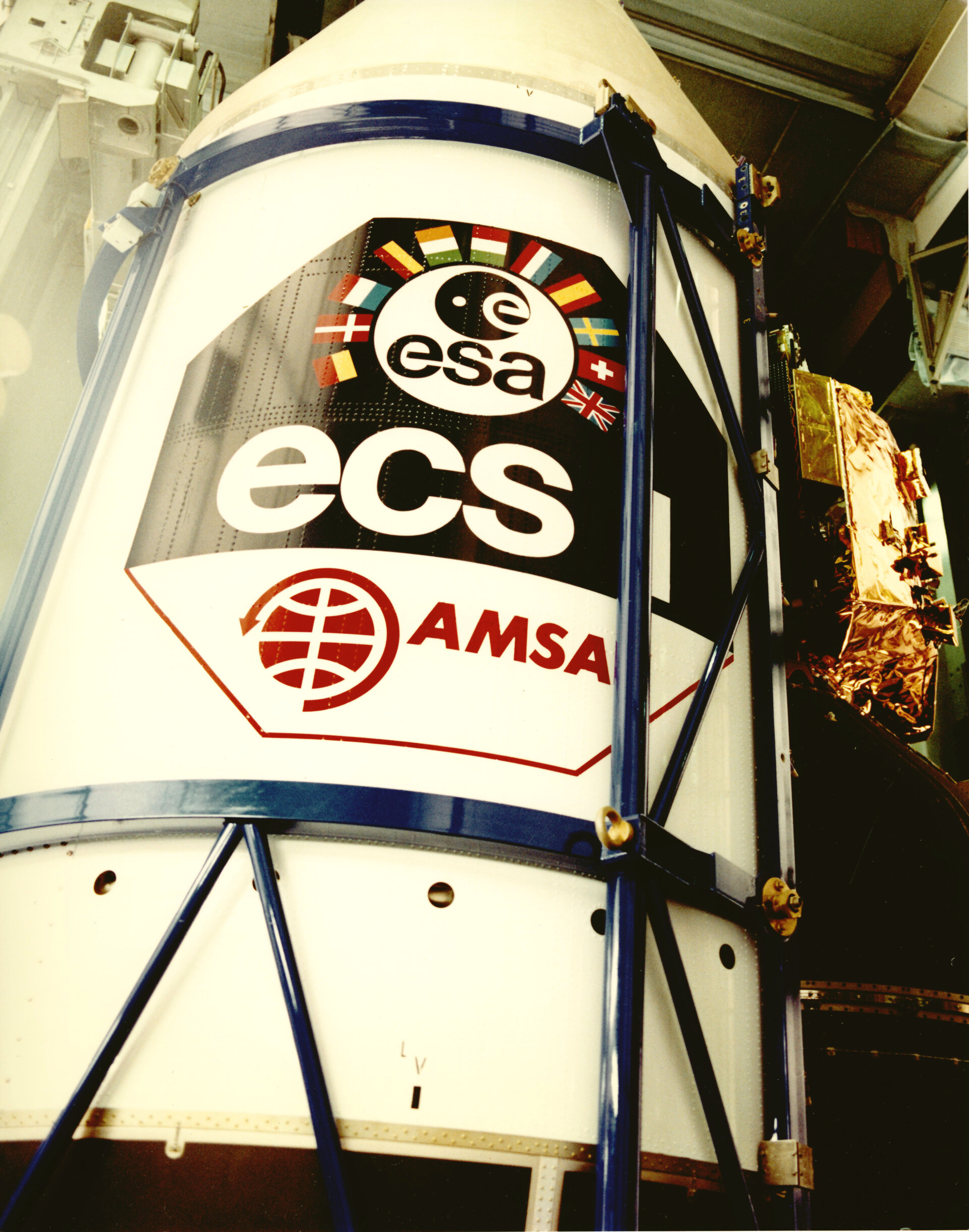 Ariane 1 fairing for ESA's ECS-1 and AMSAT's P3B. ECS-1 and P3B were launched from Europe's Spaceport in Kourou, French Guiana, on 16 June 1983. The fairing protects the payload from the Earth's atmosphere as the launcher climbs through it at supersonic speeds.

AMSAT-P3B, a relay satellite for amateur radio, was renamed AMSAT-OSCAR 10 on reaching orbit. In December 1986 the main computer failed due to radiation damage sustained by the integrated circuits that made up its memory. The spacecraft, now without attitude control, operated with a much reduced capability for some time after the failure.