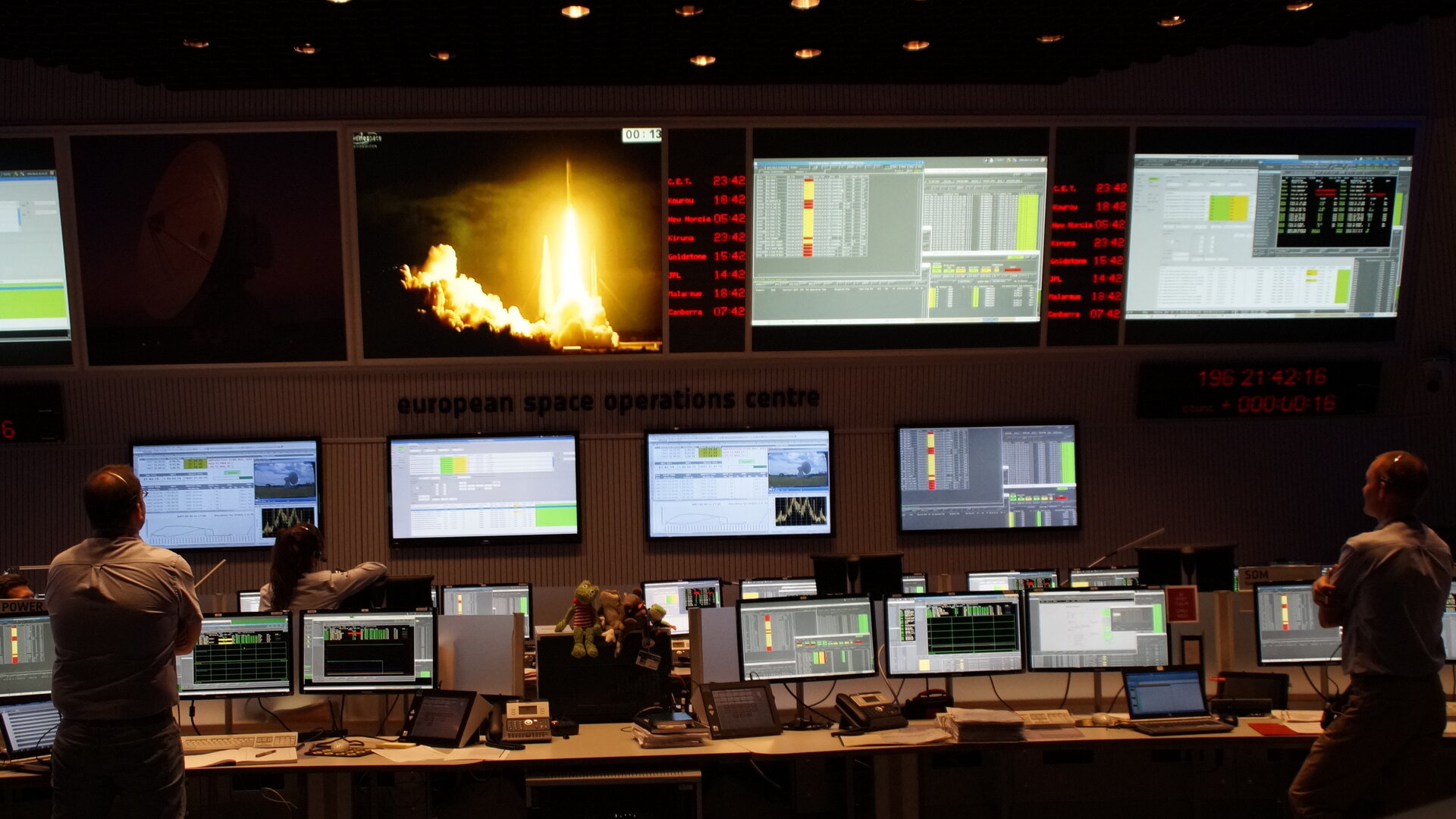 The missions listed below are or will be operated from ESA's European Space Operations Centre (ESOC), Darmstadt, Germany.

Future missions in preparation at ESOC

Note: Some Sentinel missions will be operated in the routine phase from ESOC, while some will be handed over to Eumetsat.

These missions are operated with the support of ESA's Operations team at locations other than ESOC:

For a full list of all missions operated from ESOC in Darmstadt, Germany, since inauguration in September 1967, access Mission History.