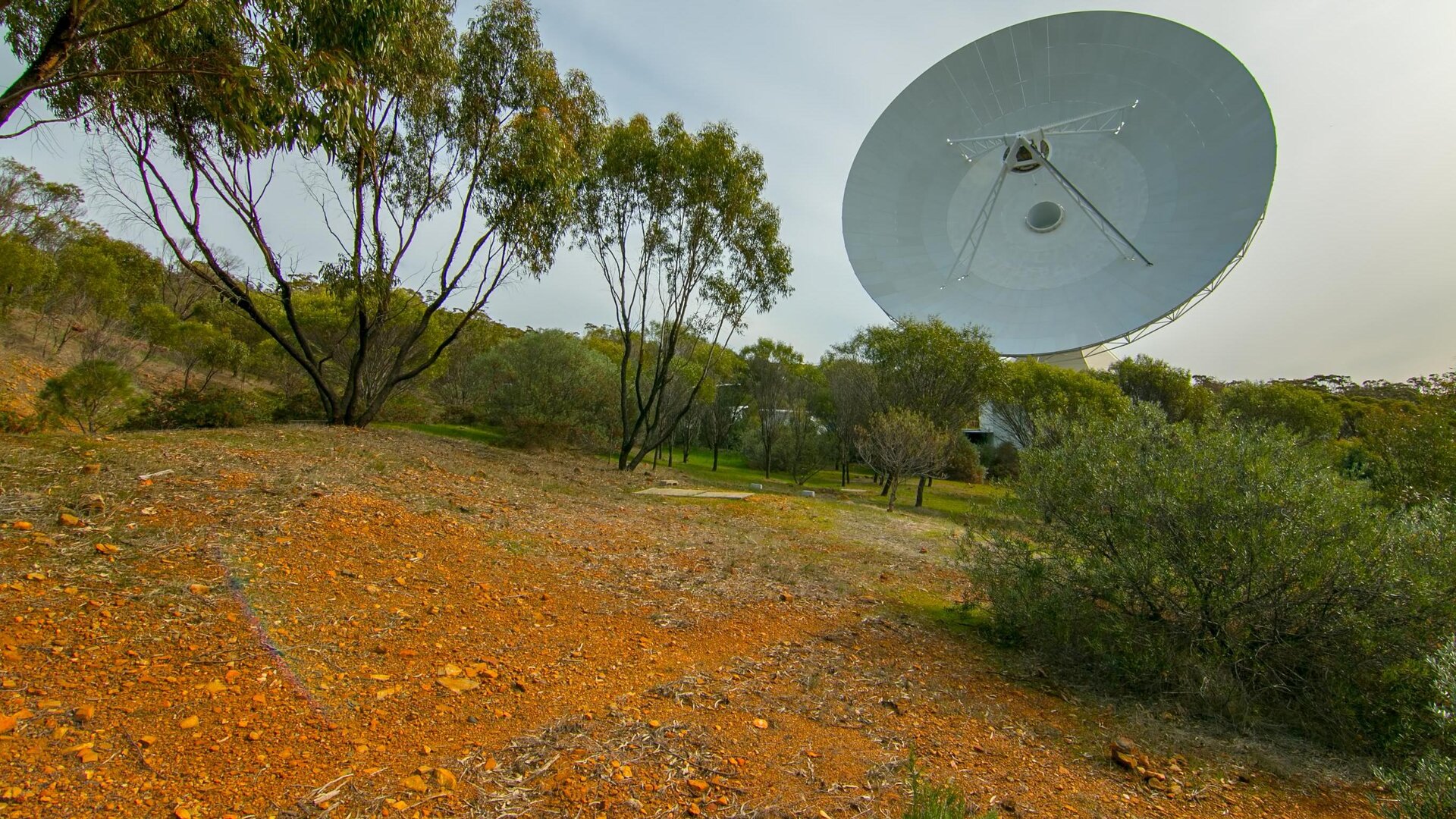 NASA’s latest mission to Mars begins tomorrow. ESA deep space ground stations in Australia and South America will track the InSight spacecraft on NASA’s behalf as it begins its cruise to the Red Planet.

Set to be launched from Vandenburg Air Force Base in California on an Atlas V at 1105 UTC (1305 CEST) on Saturday, InSight will bring a lander to Mars to study its interior, with equipment to measure internal heat and detect ‘marsquakes’. InSight’s 485-million km journey to Mars will take about six months, beginning soon after it separates from its launcher in Earth orbit.

Five hours after launch, ESA’s deep space ground station at New Norcia in Western Australia, will pick up the signal from InSight. It will maintain contact as a ‘hot backup’ at the same time as NASA’s own Deep Space Network ground station at Canberra, over on the easterly side of the continent.

Once Canberra loses contact, the 35-m dish antenna at New Norcia will maintain contact with the mission until it vanishes under the horizon. ESA’s second southern-hemisphere deep space ground station at Malargüe in Argentina will pick up the contact two and a half hours after that.

“Our stations at New Norcia and Malargüe will allow NASA to keep in touch with InSight during its critically important ‘launch and early operations’ phase, when the spacecraft systems are first turned on and checked,” explains Daniel Firre, the Agency’s ESA-NASA cross-support service manager.

“NASA requested this support because at this time of year the southern hemisphere has very good visibility of the trajectory to Mars, and by extension the NASA DSN stations at Madrid and Goldstone have poor visibility to no visibility in the early days after launch, which leaves only its remaining DSN station at Canberra.

“This is based on a long-standing cross-support agreement between ESA and NASA, where we provide tracking station support to one another as needed. And by extension, as New Norcia monitors InSight telemetry NASA will be filling in for ESA missions normally served from there, such as ESA’s star-mapping Gaia.”

InSight’s separation from its upper stage and initial determination of its orbital path will be carried out from Goldstone in California. The role of New Norcia and Malargüe will be to monitor the spacecraft as it departs Earth and to receive essential telemetry, allowing the early identification of any possible problems.

Should the mission team based at NASA’s Jet Propulsion Laboratory require any corrective telecommands to be uplinked to InSight then they would make a request to ESA’s ESOC European Space Operations Centre in Darmstadt, Germany, which is staffed 24 hrs/day and manages all ESA Estrack stations, including New Norcia and Malargüe.

“Our support for InSight extends for the first 30 days after launch, but the period of our ‘critical support’ lasts until 0530 UTC on Sunday,” adds Yves Doat, heading ESA’s Ground Facilities Infrastructure Section.

“During this time we will have local maintenance support in place at New Norcia, to immediately remedy any technical problems that might arise, and a station engineer will also be supporting the team at ESOC.”

“During the critical phase after launch we will be listening out not for one spacecraft but three,” adds Daniel.“InSight itself is accompanied by a pair of CubeSats called MarCOs, which will be monitoring InSight’s own atmospheric entry, descent and landing to return data direct to Earth as they pass by Mars.

“All three spacecraft will be near enough together that we should receive them in the same beam.”

After the first month of interplanetary travel, InSight’s will be easier to track from the northern hemisphere, but New Norcia will go on to play a role in monitoring InSight’s landing on 26 November 2018.