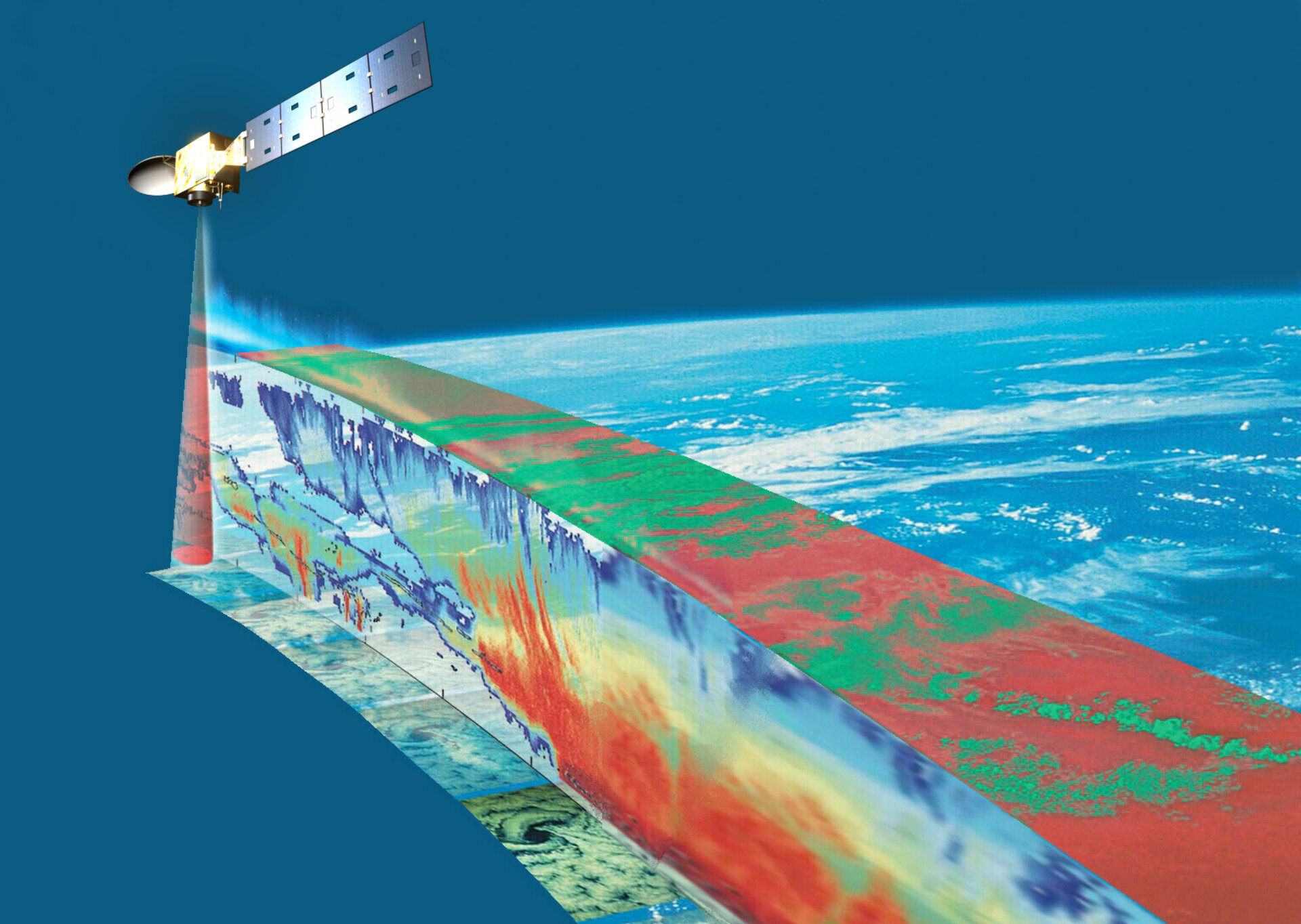 Earth observation satellite data are crucial for generating accurate weather predictions. They provide a global picture of the current state of the atmosphere, which is used as the starting point for creating a forecast. But our knowledge of that current state is limited, partly because satellites have so far not been able to collect much information about clouds, which play a key role in the weather. The ESA/JAXA future mission EarthCARE will provide this information to improve our predictions about the future weather and climate.

Energy in the atmosphere is a balance between incoming light from the Sun, which heats Earth, and outgoing thermal radiation, which cools Earth. By reflecting sunlight back out to space, and trapping outgoing infrared light, clouds play a vital role in controlling the temperature of the planet. To a lesser extent, aerosols – small solid particles suspended in the air – do the same. Aerosols also contribute indirectly to Earth's temperature by influencing the life cycle of clouds.

Even though clouds play a big role in atmospheric heating and cooling, they remain one of the major mysteries in our understanding of how the atmosphere drives the climate system. It is therefore vital for climate research and weather prediction that we improve our understanding and modelling of clouds and their relationship to aerosols and radiation.

The EarthCARE (Earth Cloud Aerosol and Radiation Explorer) mission is one of the keys to solving the mystery of clouds. Due to be launched in the early 2020s, this mission will provide unrivalled information that scientists will use to study how clouds and aerosols affect the weather and climate.

EarthCARE will gather this information using two large instruments. One – Atmospheric Lidar (ATLID) – will be used to study aerosols and thin clouds. The other – Cloud Profiling Radar (CPR) – will collect information about thicker clouds and will observe vertical velocities of cloud particles. These two instruments are the most advanced cloud and aerosol profiling instruments ever to be flown in space. The information they gather will help us better understand how the distribution and transport of clouds and aerosols in the atmosphere affects Earth’s temperature.

The information that EarthCARE provides will greatly improve models of the atmosphere. Such models are important for weather predictions, which work by combining a huge number of observations – mostly from satellites – with a model of the atmosphere. But how can EarthCARE data be effectively combined with other satellite data and used for weather prediction? ESA Discovery and Preparation recently supported the European Centre for Medium-Range Weather Forecasts (ECMWF) to answer this question.

"No weather prediction model is entirely perfect," explains Marta Janisková, who led the project from ECMWF. "To improve models, forecasts are evaluated against real observations, and the model is constantly improved based on new knowledge, making it more accurate. This process partly explains why weather prediction is much more reliable today than it was 40 years ago. In addition, new observations of clouds improve forecasts by helping to determine the current state of the atmosphere."

ECMWF investigated how to most effectively incorporate EarthCARE radar and lidar data into their weather prediction models, in preparation for when the data arrives.

The investigation was carried out using data from NASA's CloudSat Earth observation satellite and the NASA/CNES CALIPSO environmental satellite, as these are currently the only missions providing space-borne radar and lidar data of clouds and aerosols on a global scale.

"One of the main goals of EarthCARE has always been to improve atmospheric models by providing new data on clouds and aerosols," explains Tobias Wehr, ESA's EarthCARE Mission Scientist who oversaw the project. "But improving weather forecasts was beyond the original aim of the mission. Many scientists believed that this task would be too challenging, but through this study, ECMWF has proved that it is possible, opening up a new and exciting application for EarthCARE data."