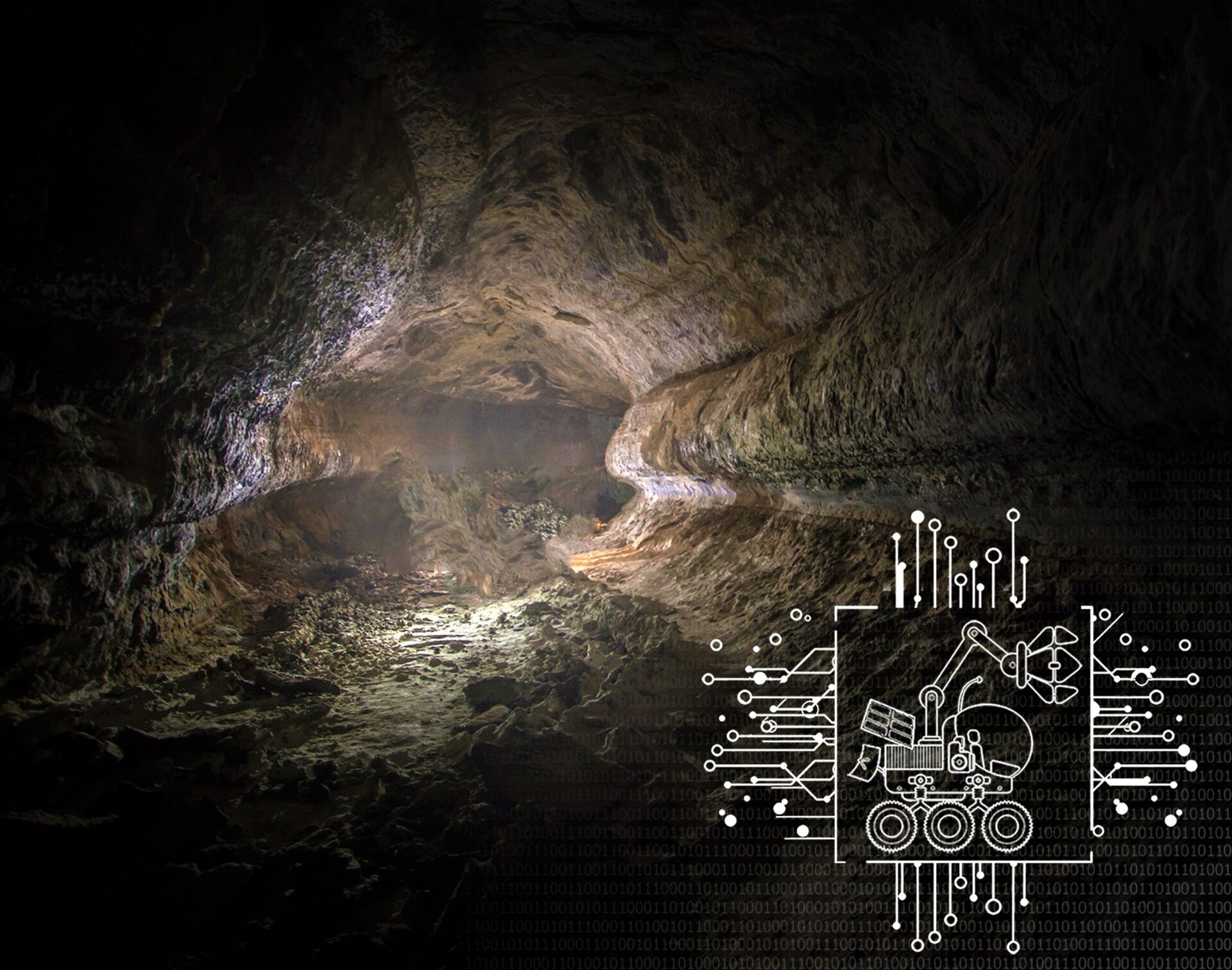 How would you design a system to detect, map and explore caves on the Moon? Our latest hunt for ideas is seeking novel initiatives that address this question.

While the surface of the Moon has been well-documented with cameras on board several satellite missions, relatively little is known about the presence and nature of subsurface cavities. In volcanic areas of the lunar maria, planetary geologists have identified pits that could be related to the collapse of cavities such as lava tubes – where lava once flowed under the lunar surface.

“Exploring and mapping these tubes could provide new information about the Moon’s geology, but they could also be an interesting option as long-term shelter for future human visitors to the Moon,” explains Franceso Sauro, Director of ESA’s PANGAEA planetary geology astronaut training. “They would shield astronauts from cosmic radiation and micrometeorites and possibly provide access to icy water and other resources trapped underground.”

To shape future expeditions to explore lunar caves, we are seeking ideas for missions with specific scientific objectives. Beyond the ability to access, navigate and map the caves, proposed concepts could include a communication line between a system inside a cave and the outside world, and instruments that make scientifically relevant measurements of the cave environment.

“Mission concepts may be based on a single rover or a distributed system of satellite, robotic or rover systems that operate together,” explains Loredana Bessone, who is leading the hunt for ideas as Head of Analogue Field Testing and Exploration Training at ESA. “Either way, we are looking for systems that would land on the lunar surface, identify and access a cave and contribute to the scientific exploration of the Moon.”

ESA’s Open Space Innovation Platform (OSIP) provides individuals and businesses with the opportunity to collaborate with ESA experts and contribute to the future of space research. It is run through Discovery & Preparation, which lays the groundwork for ESA’s short- to medium-term future activities.

Got an innovative idea? Tell us about it via OSIP, where a number of ideas Campaigns and Channels are awaiting your proposals.