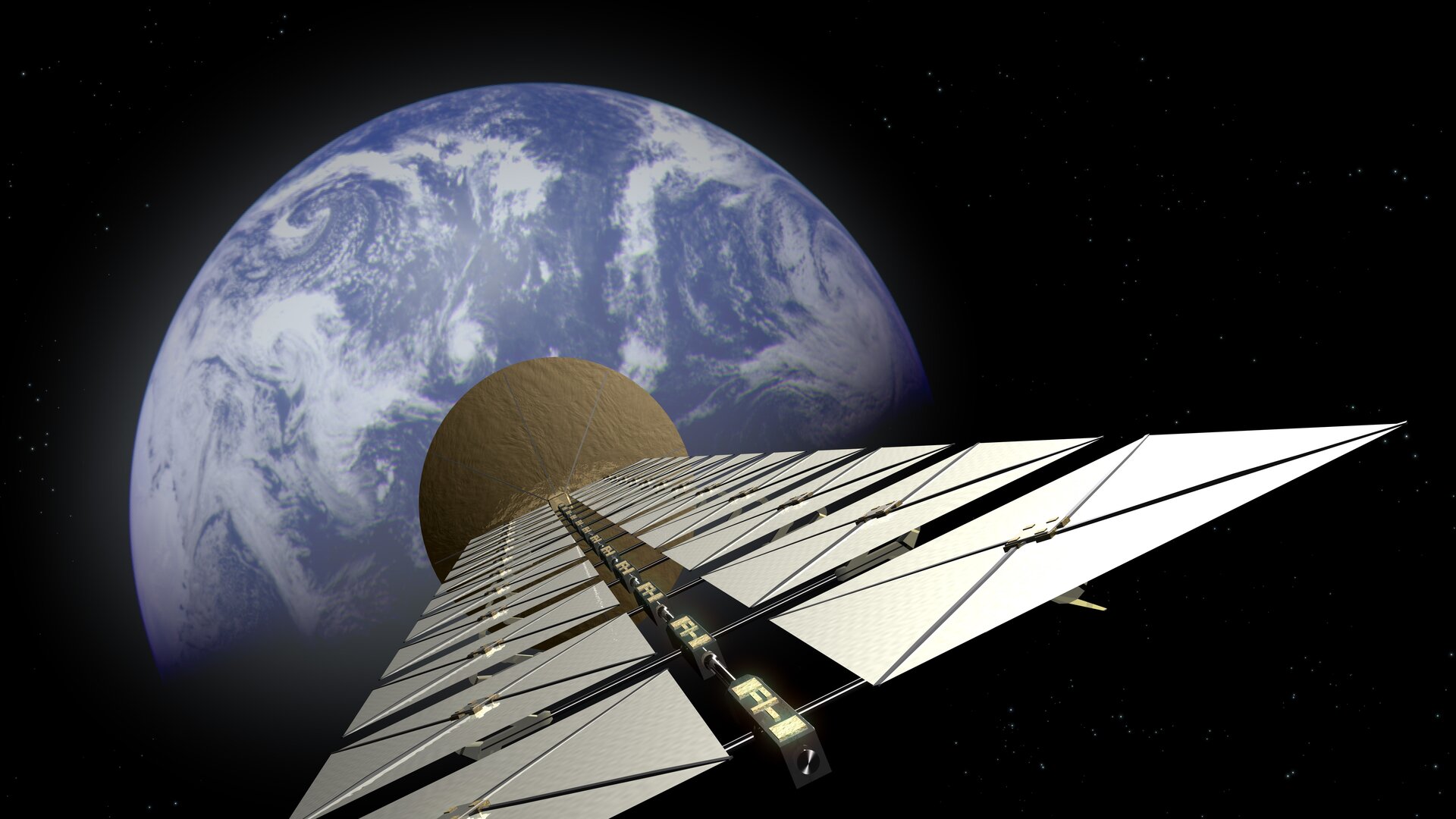 Solar energy generation has grown far cheaper and more efficient in recent years, but no matter how much technology advances, fundamental limitations will always remain: solar panels can only generate power during the daytime, and much of the sunlight is absorbed by the atmosphere during its journey to the ground. What if instead we could collect solar power up in space and beam it down to the surface? We're seeking ideas for technologies and concepts for solar power satellites that will do precisely this.

Outside the atmosphere, sunlight is up to 11 times more intense than on European territory, and space-based solar power stations could face the Sun 24/7 to capture the maximum amount of light possible. The satellites would then beam energy down to Earth, the Moon or other planets, where a readily available energy supply will boost our ability to explore these locations.

"The potential of this concept to contribute to long-term sustainable energy is very high," explains ESA Engineer Advenit Makaya, who is leading the hunt for ideas. "Not only would it generate clean energy, it would also be very flexible – it could be integrated into power grids on Earth, but also used for exploration missions."

Powering rovers on the Moon or Mars may be one of the earliest applications of space-based solar power. With these requiring only a relatively small amount of energy, it could unlock lunar missions that would otherwise be impossible or extremely difficult by giving us the ability to power rovers during the lunar night. It could even provide energy to a possible future human-inhabited Moon base.

"Unlocking energy sources in space could provide access to nations to integrate space as part of their socio-economic advancement and success, and advance the exploration of space in a sustainable manner as well as use space to tackle sustainability on Earth," comments Chiara Manfletti, responsible for policy and programme coordination at ESA.

The concept of space-based solar power was first proposed by Russian rocket pioneer Konstantin Tsiolkovsky 100 years ago, but was confined to science fiction stories until the first engineering concepts emerged in the 1960s and 70s. With recent technological advancements and launches becoming much cheaper, it is now time to push the key technologies that would demonstrate that solar power satellites are not only feasible in principle but are also a logical development.

"We hear a lot about mining asteroids for raw materials, however it's very likely that the first industrial resource we get from space will be beamed power, and this call for ideas is one step towards achieving that ambition," explains Advenit.

"We have been studying solar power satellites together with NASA and the Japanese and Chinese space agencies since the first engineering concepts emerged, and with every iteration we get a bit closer," adds Leopold Summerer, Head of ESA's Advanced Concepts and Studies team. "We think it is time now to tap in to the ingenuity of engineering communities to push the key technologies that would make it a reality, in line with recommendations on the topic by the International Academy of Astronautics."

Parts of solar power satellite systems have been demonstrated on a small scale in orbit, but to make this technology truly feasible, technology developments are required in many different areas. For instance, we would need to improve our ability to manufacture and deploy very large structures, as well as to convert and transmit energy efficiently.

"The solutions to developing space-based solar power are very broad, so we are intentionally seeking a wide range of ideas," continues Advenit. "But the main question we would like to answer is: how do you convert solar energy into a useful form and beam it down to Earth or another planetary surface, without losing most of it along the way?"

"Of interest could be ideas that make use of in-orbit construction, or in-space resources. If, for example, we could build solar power satellites using materials we find on the Moon or asteroids, it could make the concept cheaper, and therefore more viable."

Once the technology can be safely and efficiently integrated into power grids on Earth, we could be seeing a continuous supply of solar power from space, even during long winter nights. As well as reducing the pressure on storage capacities, the ability to wirelessly transmit energy to any location on the planet would allow us to provide power exactly where it is required.

This call for ideas is the latest to be run by the Discovery element of ESA's Basic Activities on the Open Space Innovation Platform. As with all calls for ideas run by ESA Discovery, the most novel ideas will be invited to submit a full proposal for a system study, early technology development activity, or co-funded PhD/postdoc research. Find out more and submit your idea under the dedicated OSIP Campaign.