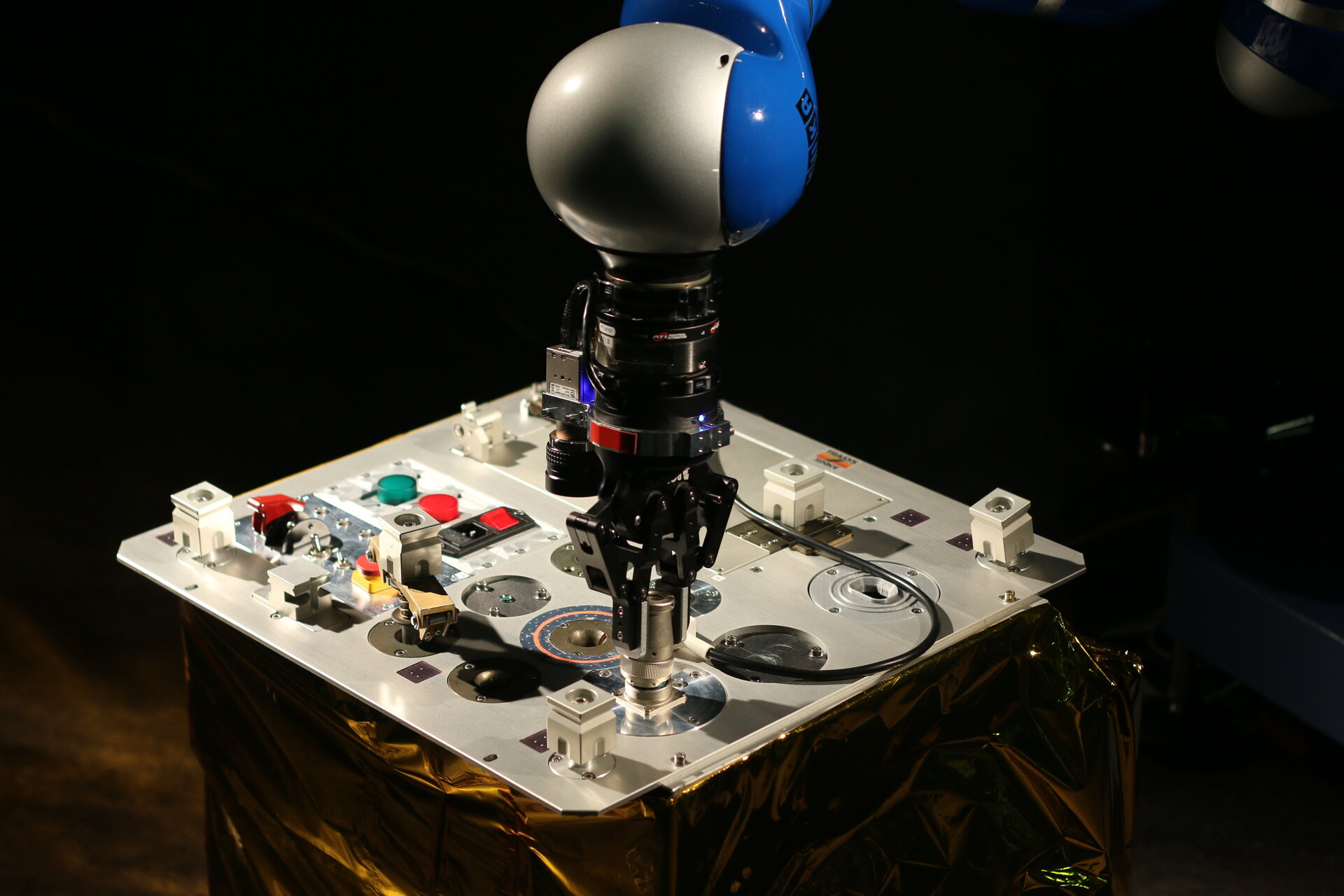 ESA's Automation and Robotics group is responsible for the creation and maintenance of an industrial technology base for the automation and remote control of space based operations.

As such, the domain of competence of the group includes the specification and control of space robotics systems (from manipulators to autonomous vehicles) and laboratory supporting automation and robotics in manned and unmanned missions.

The group is specialised in System Engineering of Space Automation and Robotics Systems. Space Robotics is an highly multidisciplinary subject. It depends heavily on the underlaying space disciplines of structures, mechanisms, avionics, onboard software, ground operations and communication. However, packing tightly together all these disciplines in a single system that moves, interacts physically with its environment and with humans with a certain degree of autonomy, creates a complexity that is in itself a new discipline.

System Engineering of Space Automation and Robotics Systems is the discipline of specifying, designing and ultimately validating space automation and robotic systems that fulfill utilisation needs under defined environmental and operational constraints. The group, on top of a good knowledge of underlaying space disciplines, has specific expertise on: