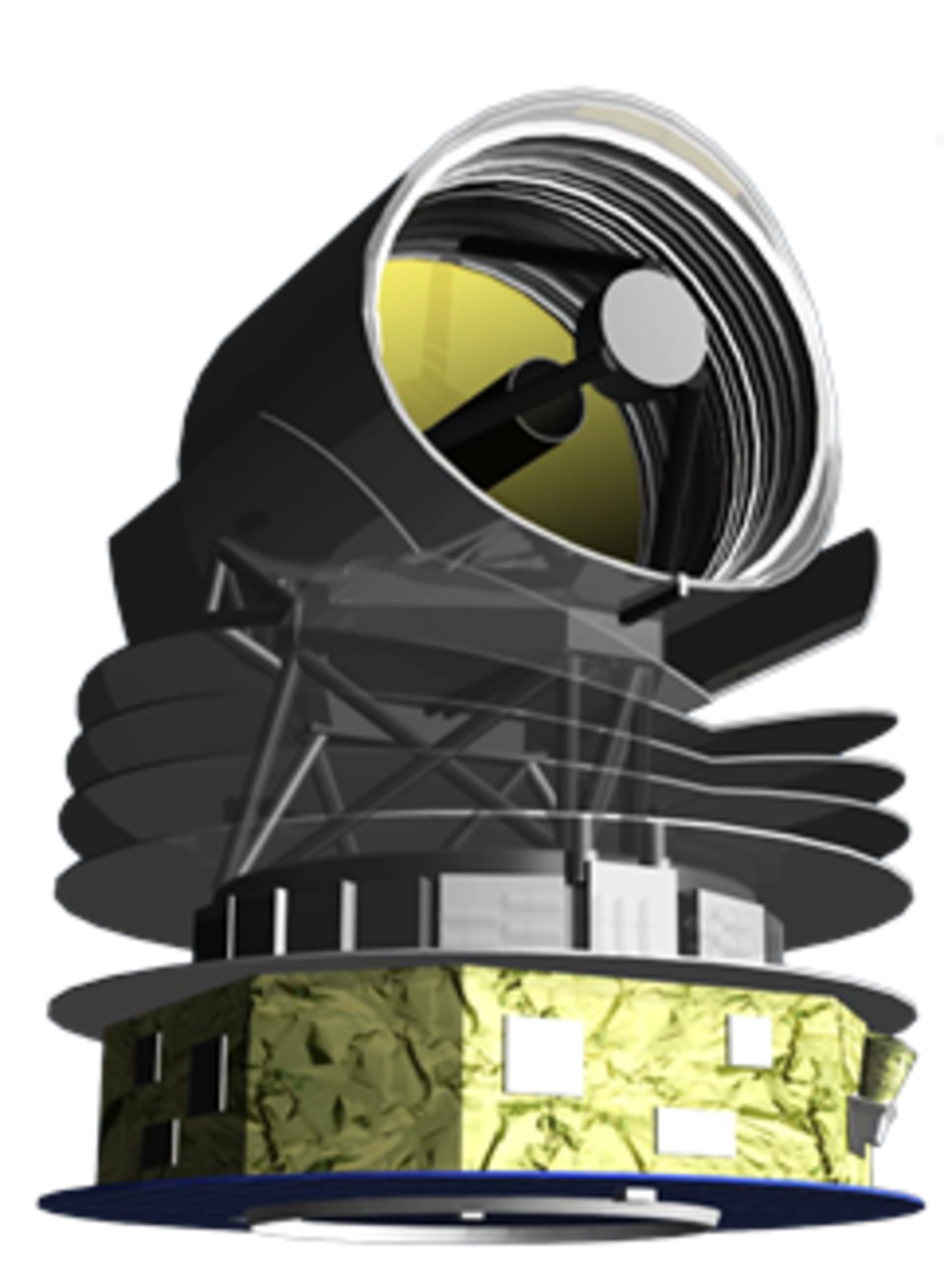 The ESA Concurrent Design Facility (CDF) has recently carried out three assessment studies for the Science Directorate on the M5 mission candidates: SPICA, THESEUS and EnVision.

These pre-phase A assessment studies were carried out to analyse mission feasibility and to identify required technologies that need to be developed, as well as to give a benchmark of requirements before the studies go into industrial phase A.

SPICA is a mid- to far-infrared observatory which aims to improve, by two orders of magnitude, the spectroscopic sensitivity as compared to previous space telescopes (Herschel, Spitzer), thus helping to expose the hidden universe. SPICA is studied as a joint mission with the Japanese Space Agency (JAXA).

The main objectives of the mission are linked to the following questions:

THESEUS, the Transient High Energy Survey and Early Universe Surveyor, is a multi-instrument mission to detect and characterize Gamma-Ray Bursts (GRBs) up to cosmological distances, and monitor the transient X-ray Universe. It aspires to vastly increase the discovery space of the transient high energy phenomena over the entire cosmic history. This will address the ESA Cosmic Vision theme “How did the Universe originate and what is it made of” as well as have an impact on the “Gravitational Wave Universe” and the “Hot and Energetic Universe” themes thanks to its potential synergies with Gravitational Wave facilities on-ground and in space (LISA) and a large X-ray observatory such as Athena.

GRBs are unique and powerful tools for investigating the early Universe, because of their huge luminosity, mostly emitted in the X- and γ-ray band, their redshift distribution extending at least to redshift 8, and their association with explosive deaths of massive stars and star forming regions. The THESEUS mission aims to accurately localise GRBs and to swiftly pursue them for observation with its Infrared Telescope, providing a measurement of their redshift and hence an independent measure of the cosmic star formation rate beyond the limits of current and future galaxy survey, allowing us to directly (or indirectly) detect the first population of stars (so-called Pop III stars).

Also, once the GRBs are localised, the mission shall quickly send its coordinates to the ground allowing follow-up observations with large terrestrial telescopes at different wavelengths.

With the discovery of ever more Earth-sized planets in Earth-like orbits around Sun-like stars, it is imperative that we learn what makes Earth planet habitable. Beyond Earth, Venus is the only Earth-sized planet within reach of current technology. Venus hosts vast plains, highlands, rifts, and a multitude of unusual volcanic features and possesses a mighty atmosphere enriched with sulphur-bearing species. The planet surface is very young suggesting a global resurfacing catastrophe that happened less than a billion years ago. This makes it geologically the most Earth-like planet in the inner Solar System, able to sustain the active geochemical cycles needed to support life.

Environmentally, because of its global cloud cover, to astronomers around another star Venus would appear as amenable as Earth.

Carrying 4 experiments (an S-band Synthetic Aperture Radar , a Subsurface Radar Sounder, a suite of 3 spectrometers, and a Radio Science Experiment), EnVision orbiter will in particular look for signs of active geology and unveil enigmatic history of the Earth twin.

There are four main scientific goals for the EnVision mission to achieve:

EnVision is studied as an ESA mission with significant contribution from NASA.