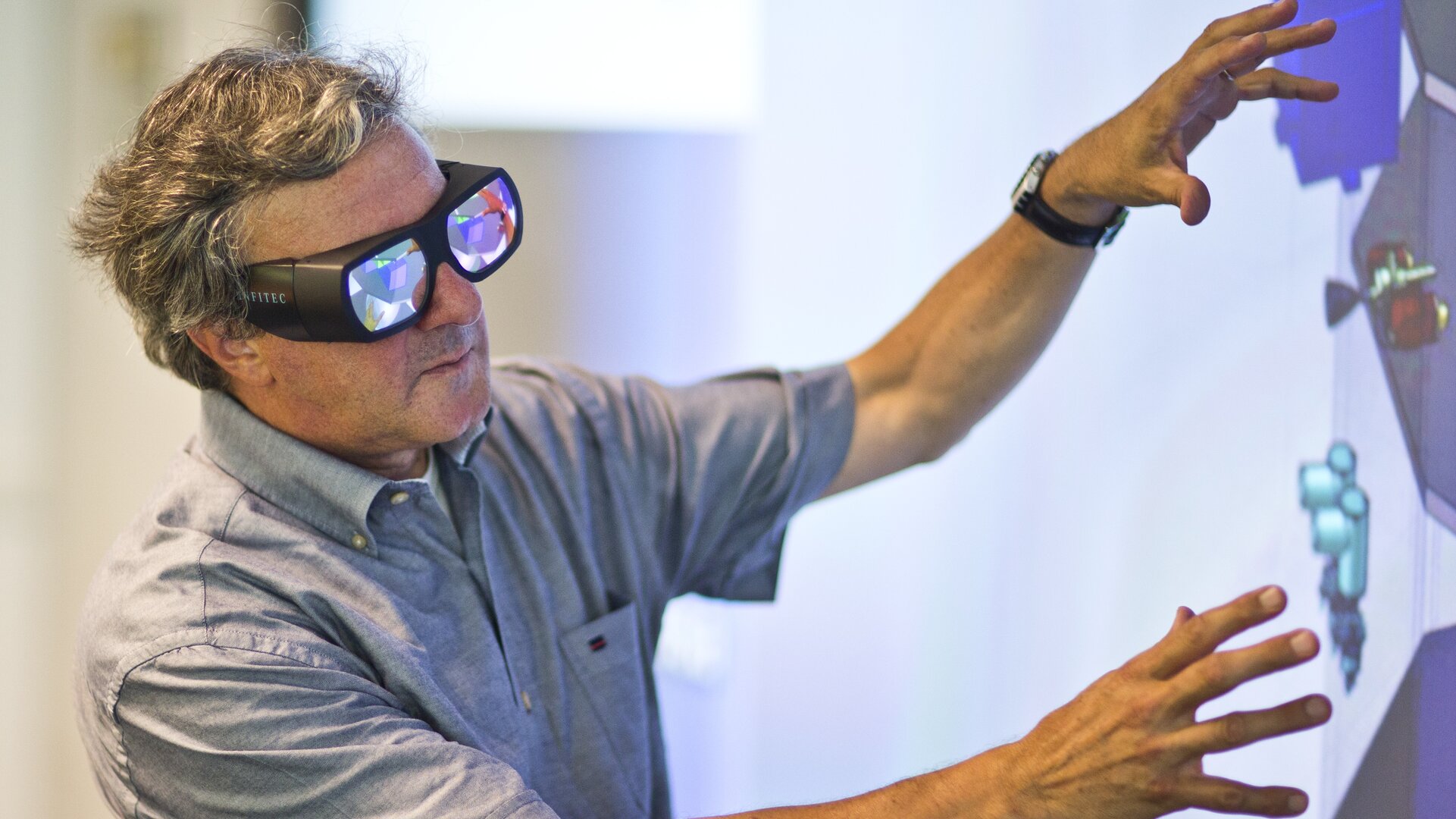 The CDF’s infrastructure, methodology and processes allow teams of experts from different engineering disciplines to work in close coordination in the same place at the same time to complete the most complex designs imaginable ‒ in a matter of a few weeks rather than several months.

It is amazing to see the number and diversity of applications to which concurrent engineering is applied in Europe. My understanding is that the CDF has inspired the majority of them. Mark Adler, NASA/Jet Propulsion Laboratory

Traditionally, engineers faced with the task of designing a new, complex system or architecture work in sequence, one step at a time, passing the design from one subsystem specialists to the next without interaction with the rest of the team. The CDF enables ‘concurrent engineering’ based on teamwork and focused on a common design model that evolves iteratively in real time as the different subsystem experts provide their contributions. Designers and customers agree on requirements and take decisions in real time to allow the best design for the right cost and within the programmatic constraints.

The process has been developed and honed so it is now common to produce a costed, risk-assessed conceptual space mission or system design complete with various options and including scheduling, testing and operations in a matter of a few weeks.

The CDF’s suite of rooms is equipped with all the hardware, software and communication tools to create a multidisciplinary and concurrent design environment.

The CDF consists of four design rooms and a number of support and ancillary rooms grouped around a central foyer. The main design room, incorporating a 6 x 2 m projection screen with 30 computer stations (some dedicated to a specific technical discipline, others configurable to any discipline) is used as the primary room for large mission or system of systems studies, while the project design rooms are smaller and are typically used for instrument design studies or reviews as well as splinter meetings for a larger study.

All the rooms can be linked via an audio visual network allowing data to be shared on any or all of the screens in the other rooms. All the rooms also have full video conference facilities via ISDN or IP and the ability to record the presentations and video conference via an inbuilt recording system. A 3D-printing facility allows teams to examine tangible prototypes of the systems that are being designed.

The CDF is staffed with experienced engineers drawn from the various domains and led by specialised System Engineers, who fulfil the role of Team Leaders. A number of junior engineers and trainees get on-the-job training during CDF studies.

The CDF is open to all the ESA Programme Directorates and since the CDF was established in 1998, most new ESA missions have taken definite shape here. As well as  conceptual mission design, system and roadmap studies, and formal ESA reviews, the CDF has been used to further the growth of concurrent engineering by developing and distributing an Open Concurrent Design Tool (OCDT) throughout the European Space Community.

Among CDF’s more recent customers is ESA’s multi-branch Clean Space initiative, which is investigating the ways to mitigate the environmental impact of space missions. They have found that the flexibility of CDF’s various rooms allows them not only to hold full design sessions of future proposed missions, but also to hold small dedicated meetings with industry and agencies, many who can only attend by video conference.

As acknowledged pioneers in concurrent engineering, ESA’s CDF engineers have helped to guide the creation of similar facilities in other space agencies, universities, research institutions and industry. More than 20 other centres have been created in Europe following the CDF model.

The CDF also supports external customers, in particular partners with specific system and concurrent engineering needs. An example of this is the European Defence Agency, developing a modelling and simulation tool to assess the value of intelligence, surveillance and reconnaissance capabilities in support of Europe’s Common Security and Defence Policy.

The CDF also organises a bi-annual workshop of Systems and Concurrent Engineering for Space Applications (SECESA) held at different European universities and attended by managers, system engineers and practitioners from the European space community.

How do I find out more?