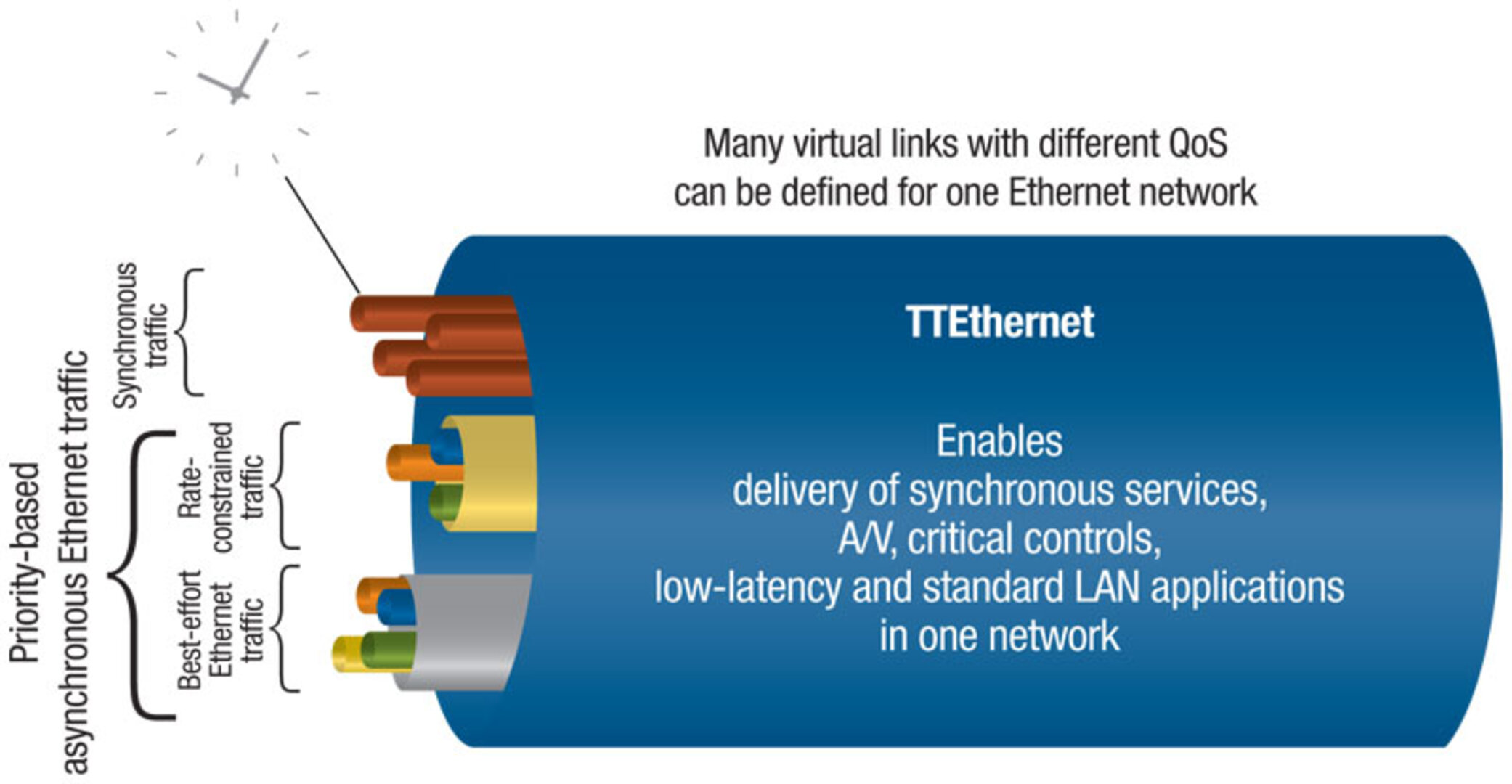 TTEthernet (defined by SAE AS6802) is a scalable, open real-time Ethernet platform used for safety-related applications primarily in transportation industries and industrial automation. It is compatible with IEEE 802.3 Ethernet and integrates transparently with Ethernet network components. This technology offers deterministic real-time scheduled communication and conventional asynchronous traffic in parallel on the same Ethernet network. There are two types of devices: switches and end systems.

TTEthernet’s foreseen main utilisation is for safety-critical fail-operational applications and launchers, meaning that the system remains fully functional even if a failure occurs (supporting a single or double-fault hypothesis).

Currently, off-the-shelf hardware exists (and software versions too) and are clocked at 10Mbps, 100Mbps or 1000Mbps data rates, offering a serious candidate-solution for both critical and payload data traffic travelling on the same network.

The crew module of the MPCV (multi-purpose crew vehicle) developed by NASA as well as its service module developed by ESA will use TTEthernet as single network (for both critical data and payload data). TTEthernet is regarded as prime choice for future launchers allowing them to deploy distributed modular avionics concepts.