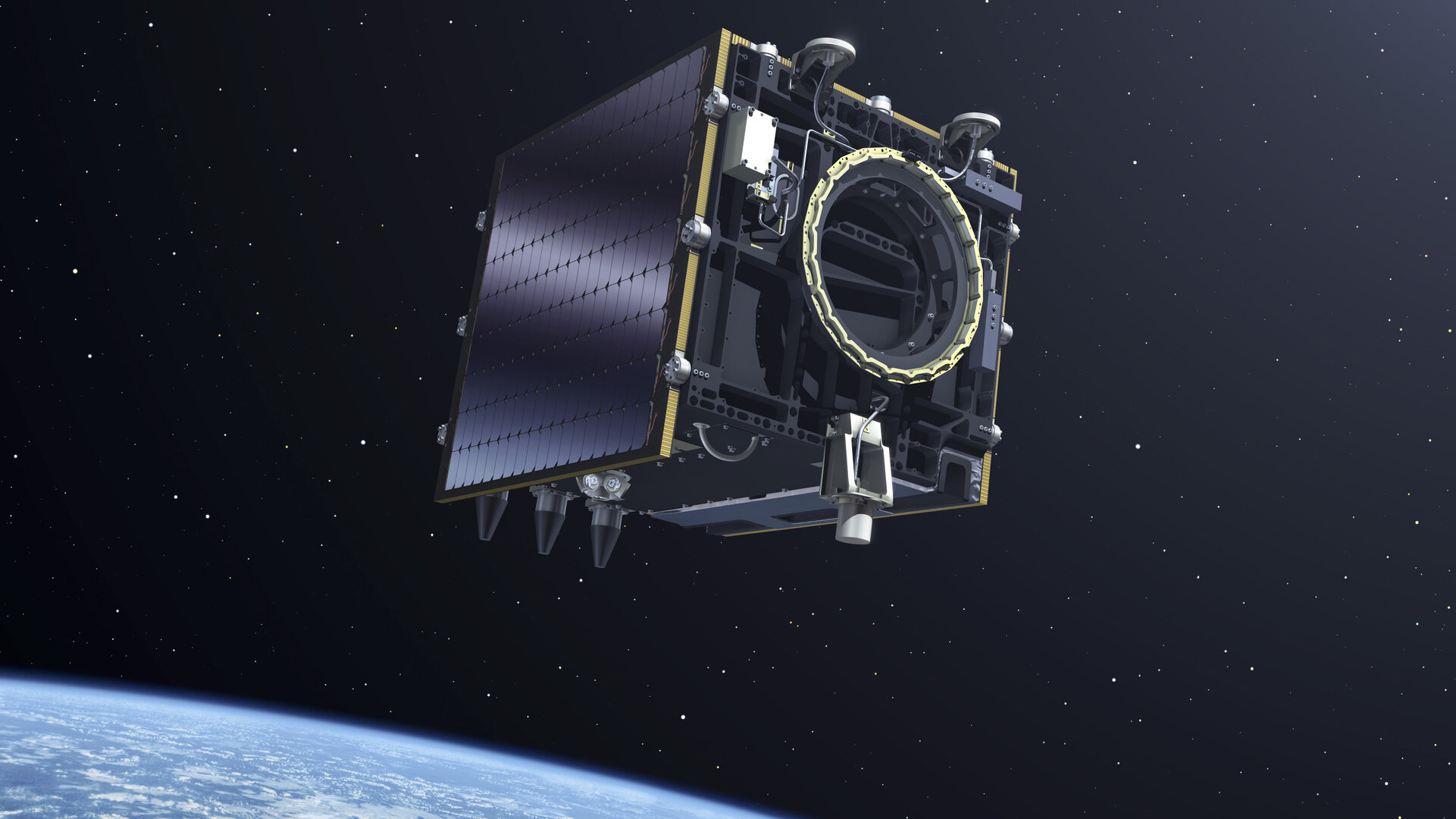 The compact Proba platform is designed to be as autonomous as possible, overseen by an advanced flight computer designed around ESA’s latest space chip, the LEON2-FT microprocessor.

The 3-axis stabilised Proba platform uses startracker cameras and GPS sensors to monitor its orientation. Reaction wheels and magnetotorquers allow corrections to be made as needed: these gyroscopic wheels are spun up to shift the orientation of the satellite, with magnets that react to Earth’s magnetic field to serve as brakes.

The minisatellite will remain ‘always on’ over Earth’s land surfaces, producing large amounts of data to store and downlink for such a modest platform with small antennas. A novel 16 Gigabit Flash memory system utilising data compression gives the onboard storage capacity needed.

Imagery is returned to Earth using an X-band downlink (40 Mbit/s), incorporating an extra amplifier based on novel gallium nitride (GaN) technology, giving added redundancy and flexibility. An S-band uplink/downlink system returns data on satellite status and health and receives commands from the ground.

A slimline no-frills mission, Proba-V lacks any active methods of controlling its temperature. To minimise the chance that temperature-driven mechanical deformation misaligns its telescope mirrors, the Vegetation instrument rests on an optical bench made of the same aluminium as the mirrors themselves, linked in turn to the startrackers used to orient the satellite. All this aluminium will expand and contract in the same way, keeping the telescopes aligned even as their temperature shifts.

Temperature-driven deformation is kept to a minimum anyway, because the instrument plus optical bench is kept isolated from the rest of the satellite by poorly-conducting titanium struts and shrouded in a dozen sheets of multi-layer insulation.