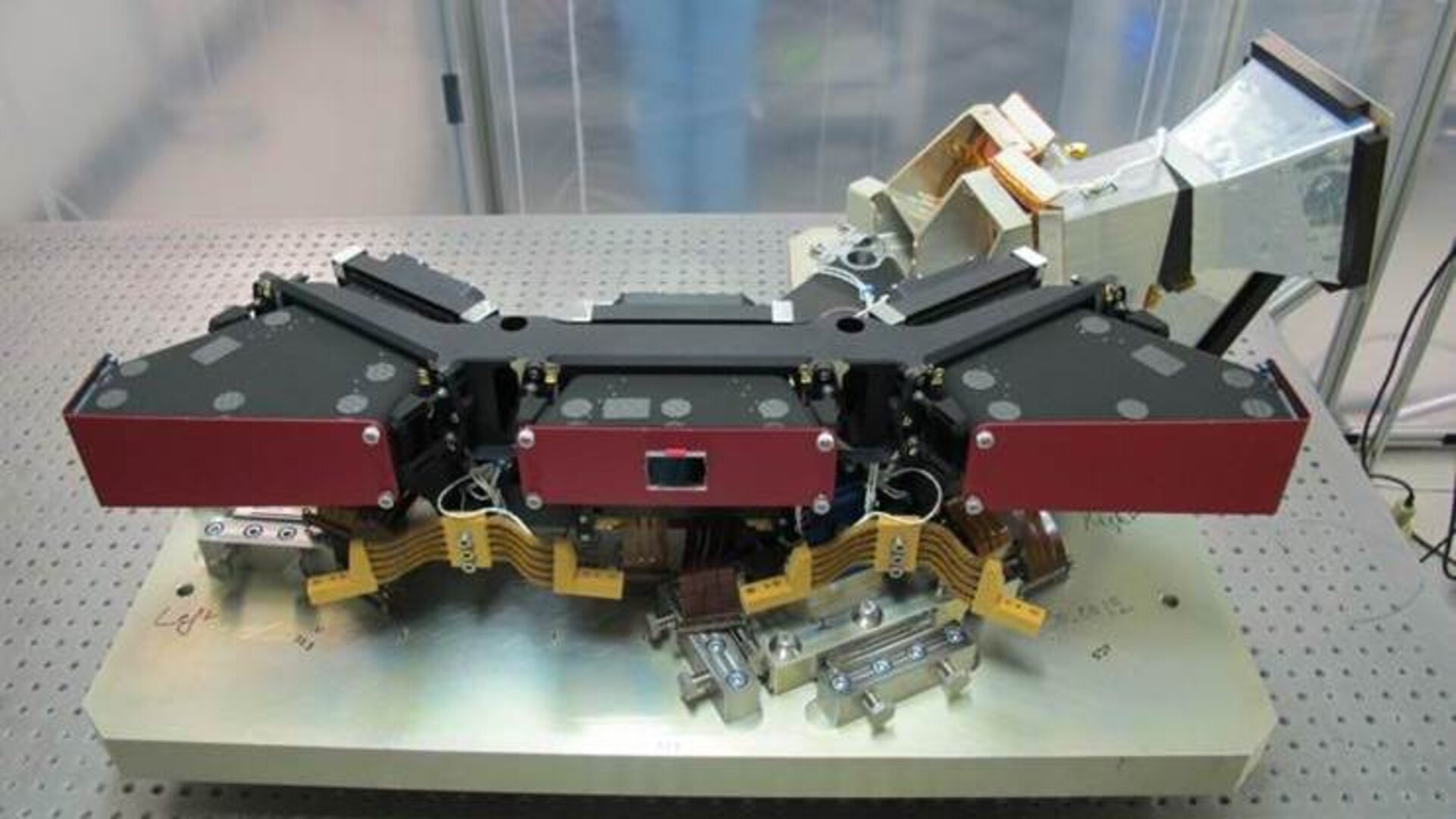 Engineered to fly on a Spot satellite platform the size of a van, the original 130 kg Vegetation instrument built for Spot was in fact much bulkier than the entire Proba platform. Fitting within the available space and mass budget of Proba meant shrinking the design down significantly. This miniaturisation process meant harnessing all the technological advances that had taken place since the instrument was first designed in the early 1990s.

Back then, only a combination of heavy glass lenses could yield Vegetation’s 102° field of view, and separate glass lenses were required for each of its four spectral bands. Its sensitive shortwave infrared detectors also demanded a heavy, power-hungry cooling system. The drive to lose mass led designers to swap glass for lighter aluminium mirrors, which have the additional advantage of observing across all spectral bands without the need for duplication.

These mirrors are arranged within a compact ‘three-mirror anastigmat’ (TMA) design, but need to be curved in just the right ‘aspherical’  shape.  Achieving this required a manufacturing technique of nanometre-scale precision known as ‘single-point diamond turning’ by Belgium-based specialist AMOS. Whether it could be achieved at all was initially uncertain. In 2009 a prototype TMA telescope was produced through ESA’s General Support Technology Programme (GSTP), which helps to develop space hardware to flight readiness.

To reduce the size of the mirrors needed, the instrument has been subdivided into three telescopes with overlapping views of 34° each – hence the distinctive triple slits seen on the satellite’s Earth-facing side. The three telescopes feed through to a single set of detectors.

Belgian company XenICs developed a 2709-pixel-long linear array to cover the shortwave infrared channel, composed of three 1024 detectors spun in from terrestrial applications: these arrays have been mechanically butted together on an overlapping basis to ensure full swath coverage. And because these detectors have been built from indium gallium arsenide they deliver the high sensitivity needed while still at ambient temperature.