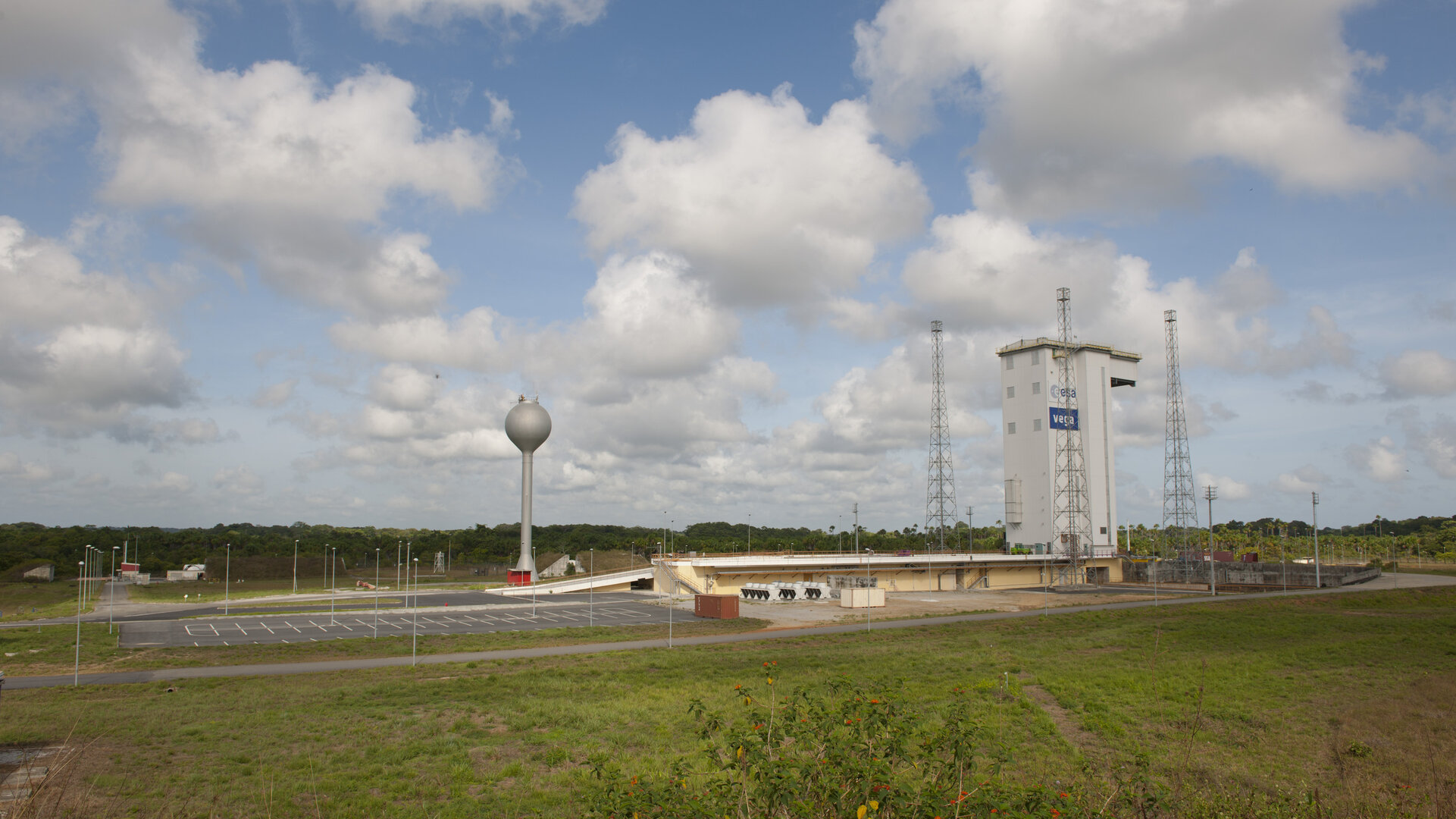 Proba-V was launched from Europe’s Spaceport, in the northeast of South America in French Guiana, an overseas department of France.

The Vega launch site is located at the previous ELA-1 complex, originally used for Ariane 1 and Ariane 3 missions.

The launch site at Kourou lies at latitude 5°3', just over 500 km north of the equator. Its nearness to the equator makes it almost ideally placed for launches into geostationary transfer orbit because few changes have to be made to a satellite’s trajectory.

Launchers also profit from the ‘slingshot’ effect, that is the energy created by the speed of Earth’s rotation around the axis of the poles. This increases the speed of a launcher by 460 m/s. These important factors save propellant and money, and prolong the active life of satellites.

Thanks to its geographical position, Kourou offers a launch angle of 102° from east to north, enabling a wide range of missions. In fact, Europe’s Spaceport is so well placed that it can carry out all possible space missions.