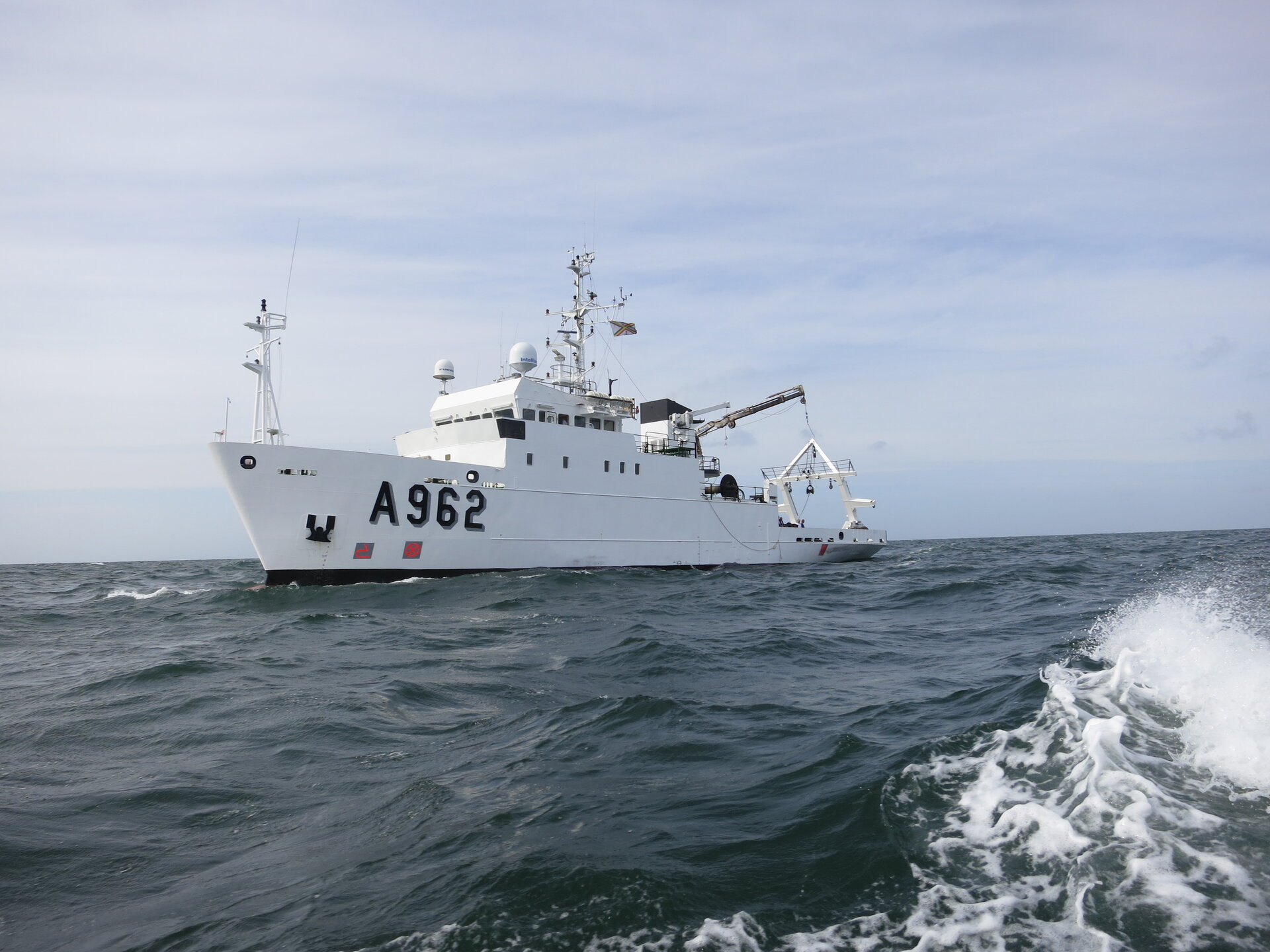 The Belgica is an all-purpose oceanographic research ship that spends around 200 days per year at sea, monitoring the quality of the marine environment, surveying the seabed and serving as a floating laboratory for Belgian universities and research institutes.

Mainly operating in the southern North Sea, the 51 m-long vessel is run by the Belgian Navy on behalf of the Royal Belgian Institute of Natural Sciences.

“The ship has been fitted with a set of three receivers to pick up signals from the European Geostationary Navigation Overlay Service, EGNOS, as well as signals from the first Galileo satellites in orbit,” explains Massimo Crisci of ESA’s Radio Navigation Section.

“The receivers are continuously logging satnav signals, so that we can see the system performance during different sea conditions, while the ship is moving or stationary and out to sea or approaching harbour.”

“We’re interesting in learning how the signals reflect – an unwanted effect known as ‘multipath’ – off the sea or from harbour infrastructure or nearby ships,” adds David Jimenez-Baños, checking the data.

“Then close to shore there is also the potential for interference from local ship-tracking radar.

“What is crucial for EGNOS is to have an assurance of accuracy – what is the level of trust a user can have in the service?”

Covering all European territory via a trio of geostationary satellite transponders, EGNOS is an augmentation system that sharpens the accuracy of US GPS signals.

EGNOS corrects for interference from the electrically active ‘ionosphere’ layer of the atmosphere and adds information on reliability for a range of general and safety-critical uses across the continent.

Europe’s equivalent to the US WAAS system, EGNOS is now available for guiding aircraft approaches to airport runways.

Designed by ESA, the European Commission and Eurocontrol – the European Organisation for the Safety of Air Navigation – EGNOS can also be used for surface transport on both land and sea.

“This is the first time that long-term data are being gathered on EGNOS’s performance at sea in a systematic way,” comments Marco Porretta, also working on the test.

“We’re using one commercial receiver, from Septentrio Satellite Navigation BV in Belgium, with two others we developed ourselves.

“And the fact we’re also receiving Galileo signals gives us additional data to work with when validating that system.”

The receivers are self-contained, requiring minimal attention from the Belgica’s crew and scientists.

The ship’s duties take it into all kinds of intriguing but typically off-limit environments for signal reception, such as the midst of offshore windfarms.

The receivers have been put in place on a cooperative data-sharing basis with no exchange of funds, planned for one year but with the potential for extension.

The European Commission, overseeing EGNOS applications, regards it as having great potential for the maritime and inland waterways transport sector.