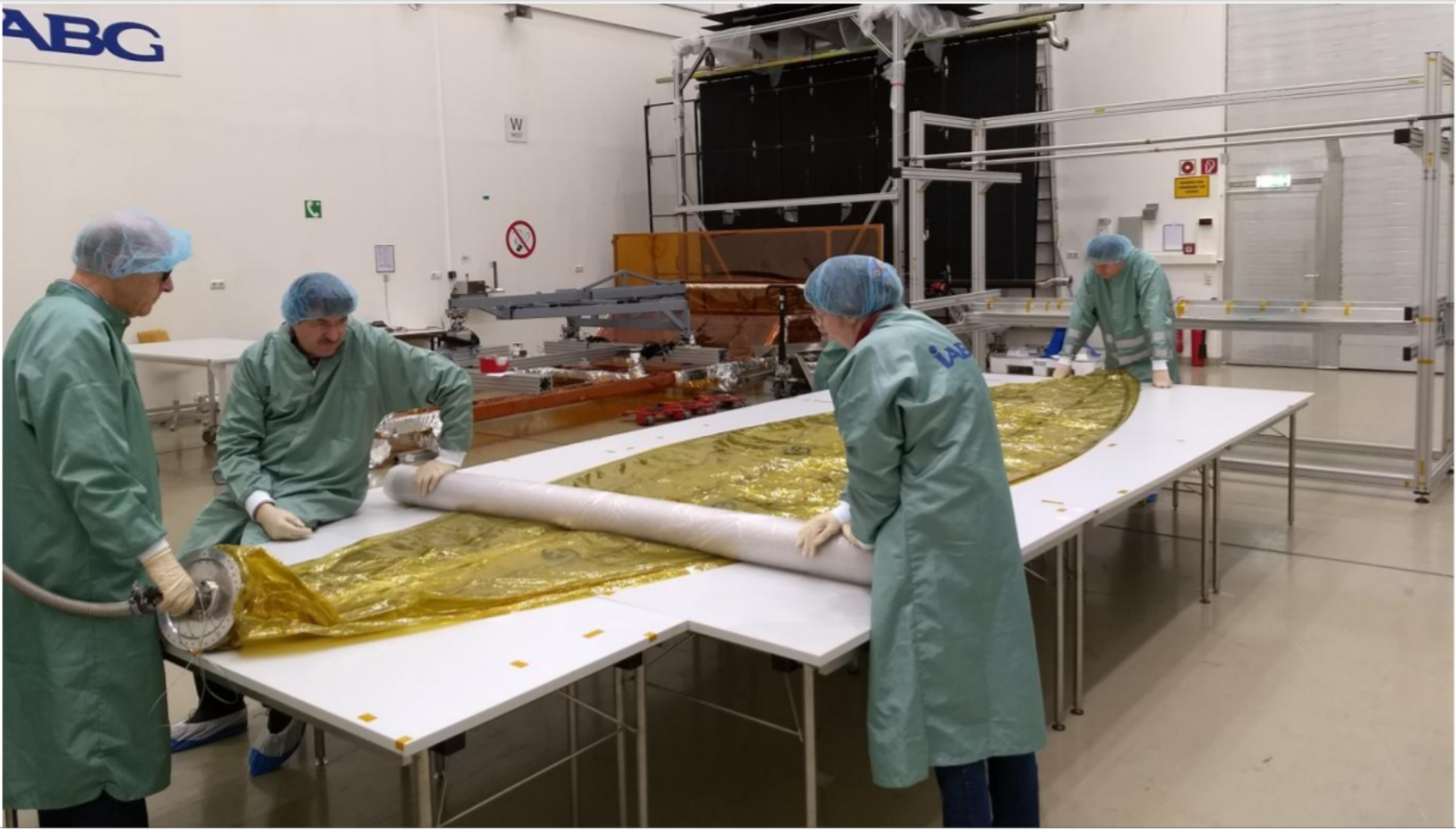 For over 200 years, humanity has known that Mars has an atmosphere, but it was not until recently that our understanding of the composition, temperature, and other aspects of the red planet’s atmosphere became clearer.

But a recently closed GSTP activity with the Mars Society Deutschland, hopes to change that.

The activity has developed a balloon probe to float slowly down through its descent into the Martian atmosphere, taking measurements as it goes.

Atmospheric observation probes require a slow descent so that the instruments have more time to collect data. Currently, most designs use heat shields to slow the payload as it travels down to the planet’s surface. But these are heavy, expensive, and make the probe dive very quickly into the atmosphere.

The ARCHIMEDES (Aerial Robot Carrying High resolution Imaging, Magnetometer Experiment and Direct Environmental Sensors) probe consists of a 10 kg instrument pod attached to a 14.4m long balloon. The balloon is rolled up tightly into a small package as the probe will have to travel on another spacecraft to reach Mars.

Close to the red planet, the mother spacecraft will launch the probe so that will eventually intercept the Mars atmosphere and re-enter. During the descent and once activated, the balloon will deploy and inflate before the carrying system separates itself. Upon contact with the dense part of the Mars atmosphere, the balloon will be slowed down by the atmospheric friction, also called aerobraking, until the probe finally and slowly descends to the surface. During the time of its flight the scientific instruments incorporated into the balloon and pod will take measurements, although a different spacecraft will be needed to relay that data back to Earth.

While ARCHIMEDES has successfully passed ground tests, the Mars Society Deutschland have also planned a zero-gravity flight through a follow up GSTP contract, which will enable them to test the balloon more fully in zero-gravity conditions. The technology is not currently foreseen for any short term mission, but with this upcoming activity it will be ready, at the right maturity level if it's needed.