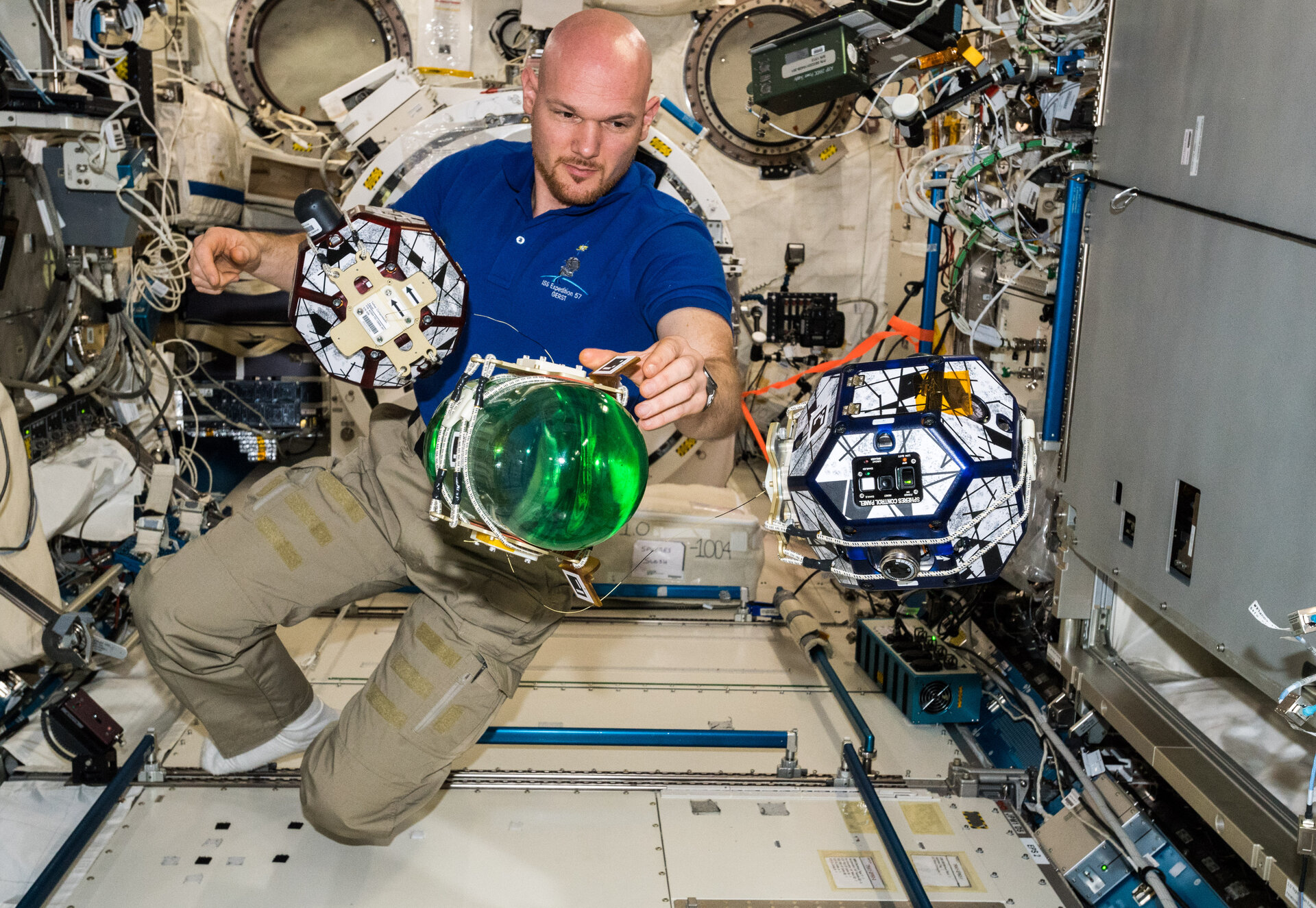 Satellites, launchers and many other spacecrafts have to carry liquid propellant in tanks, but if the tanks aren’t full this liquid sloshes around inside and can throw off the trajectory of the craft – similar to how a half-filled water bottle wobbles when thrown, except in microgravity.

A recently closed GSTP activity with ArianeGroup, Germany, has taken advantage of an ongoing NASA experiment, to model exactly how partially filled liquid tanks can affect a spacecraft’s movement.

The NASA experiment onboard the International Space Station uses two small flying robotic SPHERES with tiny thrusters to tow a liquid-filled capsule, attempting to control it in microgravity using software and pre-programmed trajectories.

While this SPHERES experiment intends to improve our understanding of deorbiting objects, such as a stranded satellite, this information is also being fed to the ArianeGroup team, who are modelling how the capsule moves digitally and the best means to dampen any fluctuations from the planned route.

The activity found that the goal of towing the liquid capsule in a pre-determined direction was only manageable by pulling the three bodies (two SPHERES, one slosh tank) along a straight line and, in fact, the sloshing liquid was advantageous when attempts were made to stabilise the uncontrolled tank motion. In fact it was found that the tether’s force has to go through the body’s centre of gravity since any deviation will disturb the flight direction. Being aware of this problematic may impose additional constraints on future tether concepts.

Whether the tether was attached nearer to the tanks centre of gravity, how slack the tether was and how much the tether jerked the tank when it was towing all require more experimentation, to determine what effect they truly had on the results.

Further studies will also be necessary to determine how much damping is necessary to control a similar system, especially if the bodies are moving slowly relative to each other. If a tether jerks on an uncontrolled body it may eventually have a greater speed than the towing spacecraft, finally crashing into it. Using a liquid filled tank transferred part of the kinetic energy into fluid motion balancing the tether’s jerk and reducing the body’s velocity.

Eventually, this digital model will be able to be scaled up to simulate launchers, satellites and any uncontrolled object which needs to be towed with a tether.