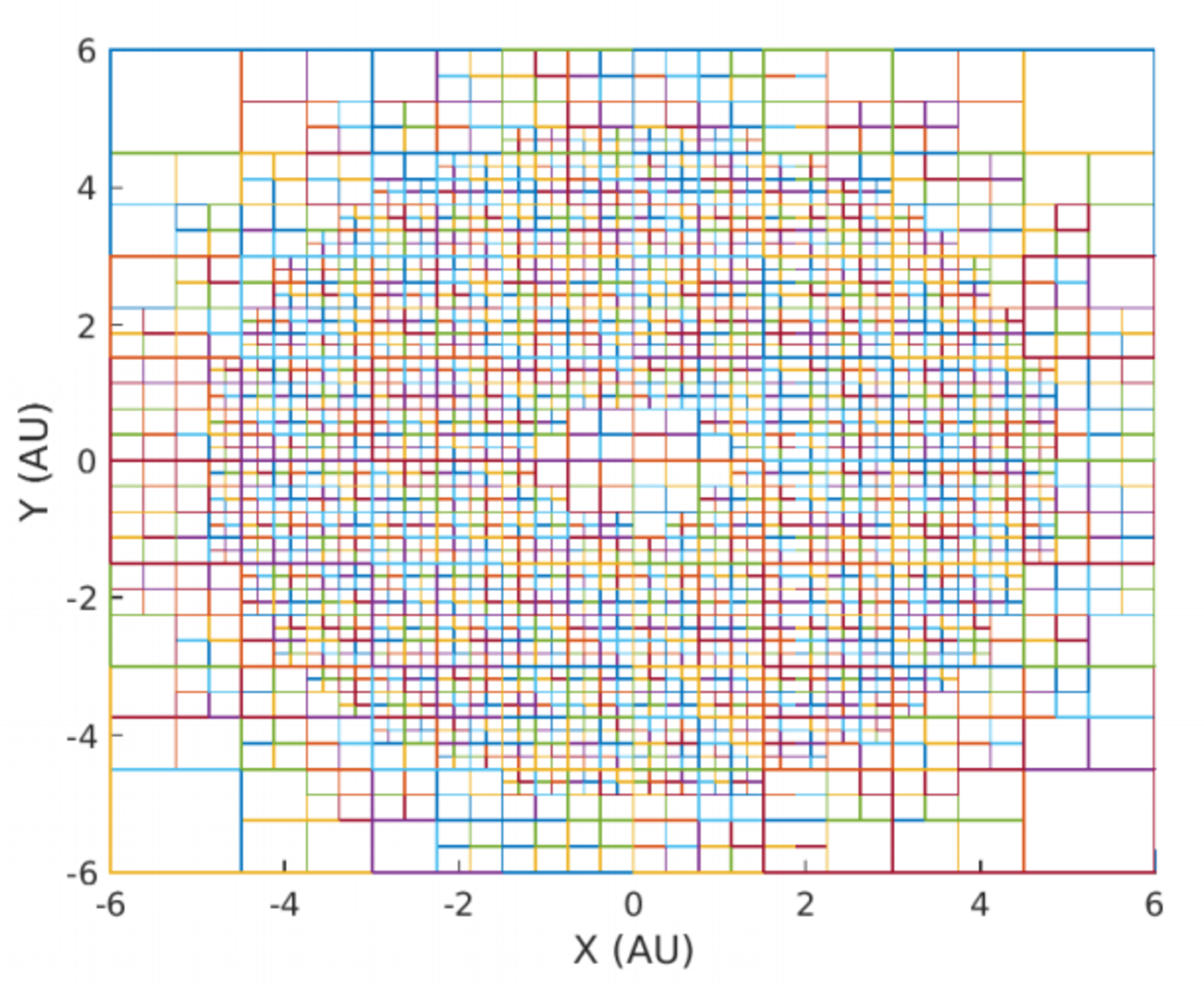 Understanding exactly what sort of damage colliding meteoroids might have on manufactured space hardware flying in orbit is vital to protecting this sensitive equipment from damage.

But meteoroids can vary from huge kilometer-sized comets to dust grains measuring less than a mm, or even smaller. While it is obvious that a larger object could leave a crater in the skin of a spacecraft if it collided with it, the effect of dust is less well modelled and models for both can be unreliable.

A newly closed activity from the Technology Development Element (TDE) has developed an engineering model that gives a state-of-the-art insight into how dust behaves in the space environment, what impact it could have and how it varies along the route of a spacecraft’s trajectory.

The Interplanetary Meteoroid Environment Model (IMEM2) integrates meteoroids released by comet and asteroid populations over the past one million years to develop a dynamic model of the interplanetary dust cloud, which also contains a simple implementation of catastrophic collisions. The final dust cloud contains 1 µm–1 cm particles from two different families of comet, and main belt asteroids.

Although, IMEM2 may still underestimate the fraction of asteroidal dust entering the Earth’s atmosphere.

The model is a first step towards building a comprehensive meteoroid-engineering model from the ground up, utilising a number of different datasets to constrain the various parameters.

Next, to ensure IMEM2 fully describes the interplanetary dust cloud and uses as many available observational datasets at possible further iterations will be made to model the dust for longer periods of time (from one million to ten million years for example) and to consider variations in particle properties, such as porosity. To improve the model further data on the meteoroid population away from the Earth, such as information on meteors at Mars and Venus would be needed.